The Bundesliga weekend was dominated by the Klassiker between Bayern Munich and Borussia Dortmund. Erling Haaland had raised Dortmund's hopes of a rare win in Bavaria, but Bayern and Robert Lewandowski had other plans. 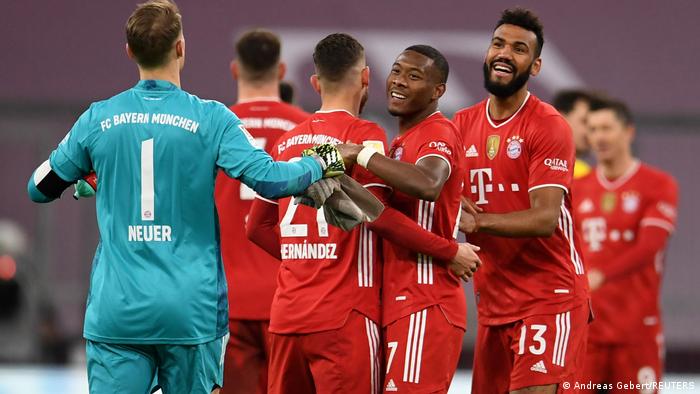 What happened in Der Klassiker?

A lot. But ultimately Bayern Munich were victorious again, this time by a 4-2 margin, in a fixture that's now seen them score 19 in their last four home games against Borussia Dortmund. Bayern really have a hold over their Klassiker rivals.

It all started so well for the visitors. Two splendid goals by Erling Haaland saw Dortmund race into a two-goal lead inside nine minutes. But Dortmund's two-goal cushion was eroded by Robert Lewandowski, who scored two before half time to drag Bayern level at the break.

Dortmund, who were already without the injured Jadon Sancho, were then dealth a bitter blow when Haaland limped off injured himself. They were powerless to stop Bayern as Leon Goretzka grabbed the crucial third before Lewandowski pounced to slam home his hat-trick goal and put Dortmund back in their place.

It was a valiant attempt by Dortmund, but the fact remains that they haven't won a Bundesliga game in Munich since April 2014. Since then they've lost seven straight. 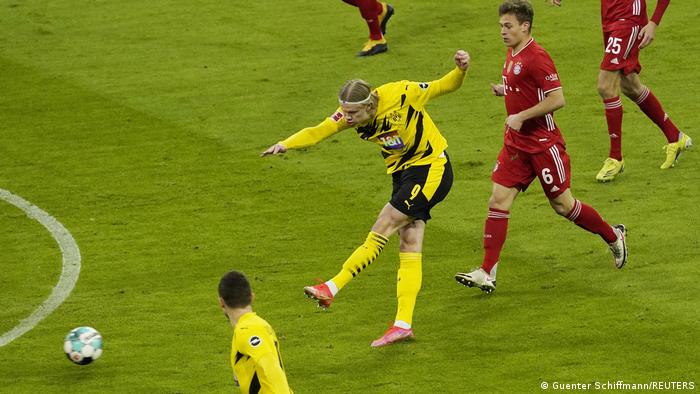 Haaland scored two goals inside the first nine minutes in Munich - but for once he wasn't the star of the show.

Wolfsburg's 2-1 defeat at Hoffenheim was an unexpected one for the Bundesliga high-flyers, who seem to have had the wind taken out of their sails after their German Cup defeat at RB Leipzig.

The intensity of that game just four days earlier may have played a part as Wolfsburg looked sluggish in Sinsheim. Wolfsburg's Wout Weghorst found the net, ending a mini goal drought of four games without a goal, including three in the league – but it was ultimately a disappointing afternoon for Wolfsburg, whose only previous defeats this season had come on the road at Bayern and Dortmund.

The silver lining was that most of their rivals for the last two Champions League spots also failed to win, with the exception of Bayer Leverkusen, who managed to make up some lost ground with victory over a struggling Borussia Mönchengladbach. Hoffenheim picked up a big win over Wolfsburg, who had only lost to Bayern and Dortmund in the league this season.

That has to be the Klassiker. The Bundesliga's showpiece game is the one game in the calendar capable of drawing in millions of viewers around the world, and in terms of entertainment – it didn't disappoint.

Robert Lewandowski's hat-trick was his 19th goal against Dortmund in 14 appearances – no player has ever scored more against them.

With RB Leipzig, 3-0 winners in Freiburg, having briefly usurped Bayern at the Bundesliga summit, Bayern needed to produce a performance – and they did just that.

What does the top six look like in the Bundesliga?

Lazlo Benes scored a beautifully executed volley for Augsburg at the Olympiastadion and Andrej Kramaric's winner against Wolfsburg was the result of a slick Hoffenheim move.

But Robert Lewandowski's hat-trick goal was the pick of the bunch. The intelligent dummy by Leroy Sané allowed Alphonso Davies' ball to reach the Pole in space, and he lasered in a low drive from outside the box.

What was the best thing said in the Bundesliga this weekend?

"If that was a foul against a Bayern player then it would have been given. That's just the way it is."