Bayern batter bad Schalke: Bayern winning on the opening day of the season was not a surprise, but scoring eight goals was quite a statement for their title defense. Schalke certainly played their part in Bayern's victory, crumbling in familiarly unforgivable fashion. Serge Gnabry scored a hat trick, Leroy Sané impressed on his debut, but it all painted a rather troubling picture for the Bundesliga.

Fans back but not everywhere: A smattering of fans returned to stadiums across Germany. Around 8,500 were in attendance in Bremen. In Stuttgart, a late decision saw the 8,000 attending fans asked to wear masks both to and in their seats. There were no fans in Munich and Cologne though after recent spikes in infection rates led local health authorities to change their original decision. The decision in Cologne was met with some confusion though given many gathered inside the city's cathedral and at the city's amusement park on the same day. It was a reminder of how fragile the situation remains and how it will have to continue to be monitored on a weekly basis.

Young guns fire for Dortmund: After watching Bayern drub Schalke, Dortmund must have been thinking: 'Here we go again.' But in an entertaining game against Gladbach, their young stars turned it on to give the home side three points. Erling Haaland scored two, Jadon Sancho looked excellent and Gio Reyna scored his first Bundesliga goal. Oh and Jude Bellingham played well on his league debut.

Away days: Despite the return of a handful of fans in the majority of stadiums, Dortmund were the only side to win at home on the first Saturday of the season. Bremen looked as woeful as last season as they lost to Hertha Berlin, Stuttgart turned up too late in their derby against Freiburg, while Cologne spoiled their own comeback to gift Sebastian Hoeness his first win as Hoffenheim head coach. Newly-promoted Arminia Bielefeld nearly won in Frankfurt but had to settle for a point. The trend of the ghost games of last season continues.

It could have been a number of Bayern players to be honest but Serge Gnabry showed all of the touch and quality that was on show last season to score a brilliant hat trick. It was his first career Bundesliga hat trick, but probably not the last for the former Arsenal man. 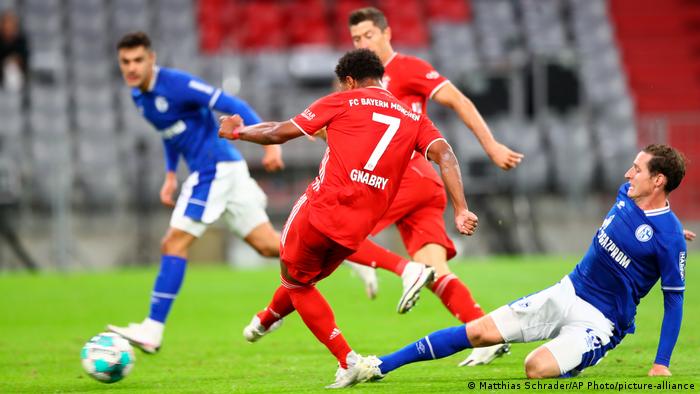 It could have been any of Dortmund's talented youngsters but, given his Usain Bolt-esque sprint and two goals, 20-year-old Erling Haaland showed quality beyond his years once again. 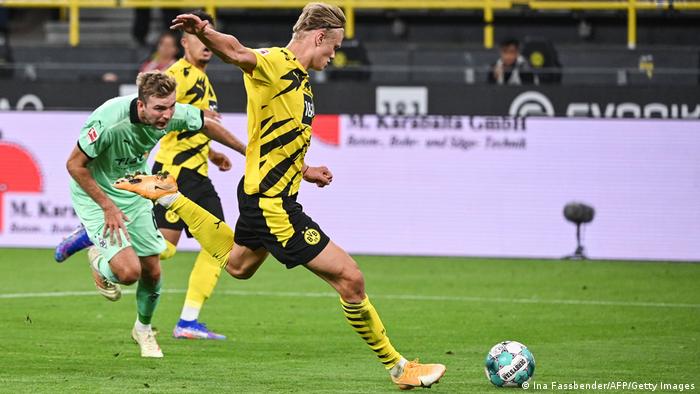 In his first game as a Bundesliga head coach, Neuhaus nearly led his side to victory. Nevertheless, a point in Frankfurt was what Bielefeld deserved, and a reminder that the newly-promoted side fancies its chances of staying up. 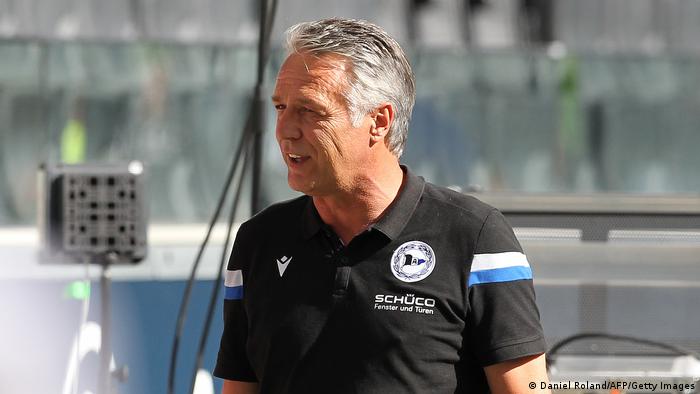 Five-a-side team of the week