Bundesliga: 'Elevator club' Arminia Bielefeld back in the top flight

In Germany, Bielefeld is most known for a satirical conspiracy with claims that the city doesn’t in fact exist. But after 11 years away from the big stage, the club is once more out to prove pranksters wrong.

Bielefeld back in the Bundesliga

Arminia Bielefeld promoted back up to the Bundesliga

The city of Bielefeld has long been the butt of jokes. A popular satircal conspiracy theory in Germany suggests that the city doesn't actually exist at all, while local football club Arminia have earned themselves a reputation as a Fahrstuhlverein ("elevator club") — one that frequently moves up and down German football divisions.

But after 11 years away, they're back in the Bundesliga and aren't just there to make up the numbers.

One-club cities are not a rarity in the German top-flight. Traditional powerhouses like Dortmund and Mönchengladbach come to mind, even new-age upstarts like Leipzig can count themselves free of cross-town rivals in the top divisions.

But Bielefeld is a different matter. The small city, located near the football-mad Ruhr region, has never seen its local club win any major titles, but still commands some serious devotion from the locals — they have the 16th-most members of all football clubs in Germany. 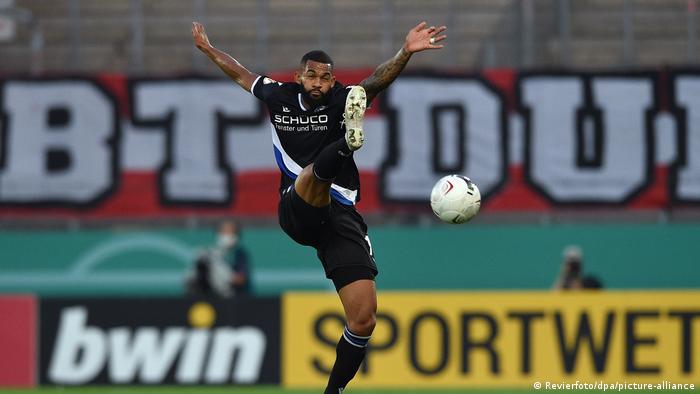 Many in Bielefeld claim you won't find a single person who doesn't support the club. The city boasts a large student population, so that may be a stretch. But for the players, it certainly feels like everyone has their back.

"It's a small club with a lot of fans," winger Cebio Soukou tells DW. "In the city and the area surrounding it, most people love Arminia. We have a really nice stadium in the middle of the city. It's a nice traditional club with a family feeling and very passionate fans. I think they're crazy. They love football, and football is everything for them."

Arminia currently share the record for most promotions to the Bundesliga with Nuremberg and will hope this season doesn't end with them becoming the club with the most relegations to their name. But Soukou is confident that can be avoided.

"The harmony here is really good," he says. "This season, we can enjoy every match. No one is saying 'today we have to win.' But we want to win. We're not here to go down after one season. Last season, there was pressure every match where we had to win. This season it's completely different." 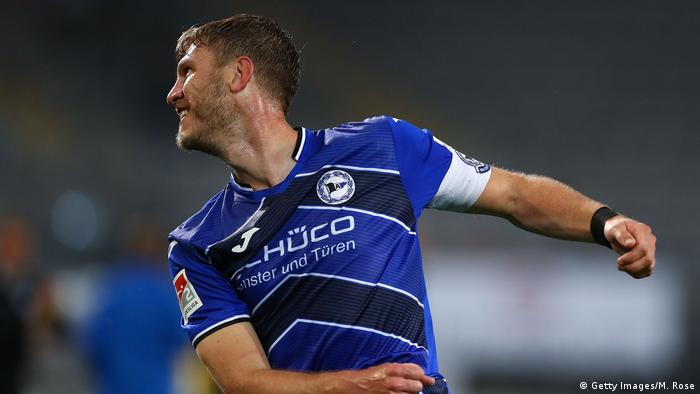 The transition from second-division juggernauts to top-tier underdogs will be key to their survival push. Former goalkeeper Denis Eilhoff believes team chemistry will be the club's biggest asset.

From near backruptcy to the Bundesliga

Eilhoff was between the sticks during Arminia's last Bundesliga campaign in 2008-09, the end of a five-year run in the Bundesliga.

"Back then we didn't have that unity as a team. We had been relegated from the Bundesliga in 2009, then we were the favorites to be promoted. It didn't work out the way we planned, and we were also docked points. The following season it was worse. The team fell apart, then we were relegated again."

Bielefeld plunged into debt, having spent large sums on their stadium, banking on long-term Bundesliga survival. They eventually sold their stadium in 2018 and within a year had reduced their debts by €26.5 million ($33.3m).

Read more: To hell and back: Arminia Bielefeld's rollercoaster ride back to the Bundesliga 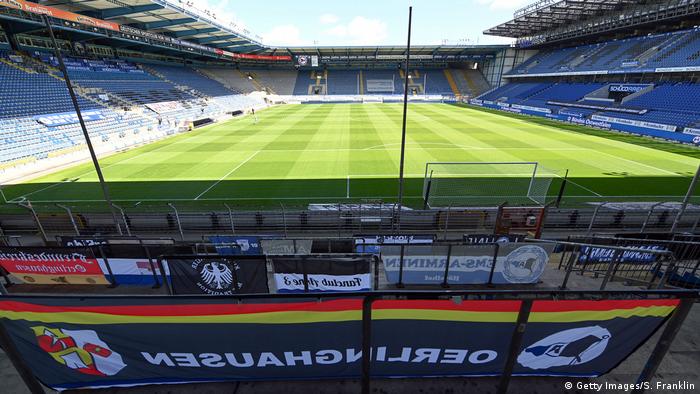 Ahead of this season, they have been accused of not spending enough to compete, but Eilhoff believes their strategy is better this time around.

"The worst thing they could do now is completely overhaul the squad," he says. "They're not saying 'these guys haven't ever played in the Bundesliga, they can't handle it.' They shouldn't tear the team up. It's well constructed and worked last season. Of course it is a totally different game in the first division but all the cogs in the team work well together and it should just be about tightening a few screws here and there."

Coach Uwe Neuhaus has been key to Bielefeld's revival. He took over in December 2018 and steered Arminia from 14th to seventh. The following season, they were considered an outside candidate for promotion, but no one at the club expected the dominant display that brought Bielefeld back to the big stage. Even Eilhoff, himself a lifelong fan of the club, was surprised.

"To be honest, I didn't see it coming, not this way," he admits. "To dominate the way they did and win it by a distance, I didn't expect that. But Arminia belong in the Bundesliga. If you look at this stadium, the whole city and region standing behind it. They deserve to be back here after years of great work behind the scenes. I see them staying up for the coming years."

Arminia fans are used to witnessing miracles. For the time being, though, they're just happy to be back where they feel they belong, and perhaps the rest of Germany will finally accept that Bielefeld exists after all.

Bundesliga talking points: Are Leipzig ready for a title challenge? What about the fans?

A new season in strange times kicks off this weekend, and there's much to look forward to. Is another Bayern Munich title inevitable? DW presents five big talking points to get fans excited ahead of the 2020-21 campaign:

How can Borussia Dortmund win the Bundesliga?

After the briefest of summer breaks, Borussia Dortmund enter another season with the aim of winning the Bundesliga title. Is one of the major things stopping them from beating Bayern Munich a mentality problem?

Arminia Bielefeld promoted back up to the Bundesliga