In a weekend low on goals but high on significance, Leon Goretzka's strike took Bayern Munich a big step closer to nine in a row. But things are grim for Borussia Dortmund, who could soon see a player exodus. 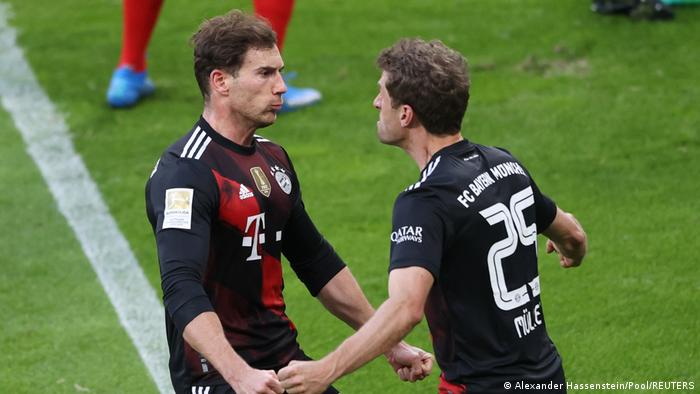 They won not only their match with RB Leipzig but also, almost certainly, a ninth straight title. Leon Goretzka's fine first-time finish settled a lukewarm contest between the league's top two, despite the absence of Robert Lewandowski. Leipzig had more of the ball but lacked incision. Seven points now separate them from Bayern, who also have a superior goal difference. The song remains the same.

Once again, they did not. In one of their biggest games of the season, BVB choked, allowing an excellent Eintracht Frankfurt side to extend their lead over their opponents to seven points. A Nico Schulz own goal and a late Andre Silva winner were enough for the visiting Eagles and it seems likely several players will soon be beating a path to the exit door at Dortmund. Still keen on that job, Marco Rose? 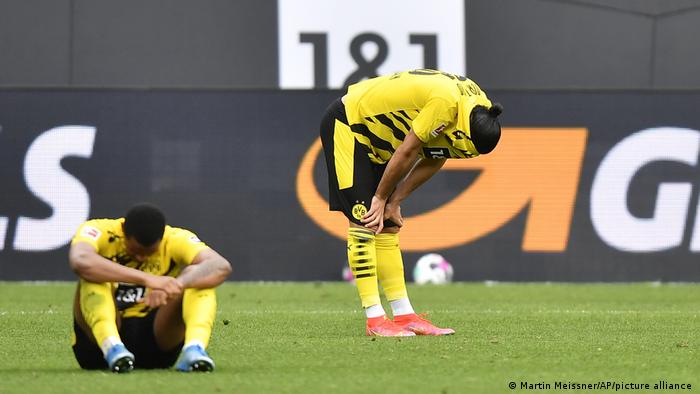 Does Dortmund losing at home still count? If not, then no surprises.

Slim pickings in this one too, with no game registering more than three goals. Borussia Mönchengladbach's come-from-behind win against Freiburg had its moments but a weekend of significance, rather than thrills and spills.

What does the top six look like in the Bundesliga?

"I was actually more annoyed in the situation that I hit the freekick so miserably ... I wanted to get the ball on target, but I don't even think I hit it properly. Then it just hopped into the corner in such a funny way."

Andreas Voglsammer after his free kick for Arminia Bielefeld in the relegation battle with Mainz rebounded back to him from erm ... let's say just below Stefan Bell's midriff, for the equalizer.