Eintracht Frankfurt pulled off a season-defining victory against Bayern Munich on Saturday. The result strengthens Frankfurt's claim for a Champions League place and weakens Bayern Munich's place at the top of the table. 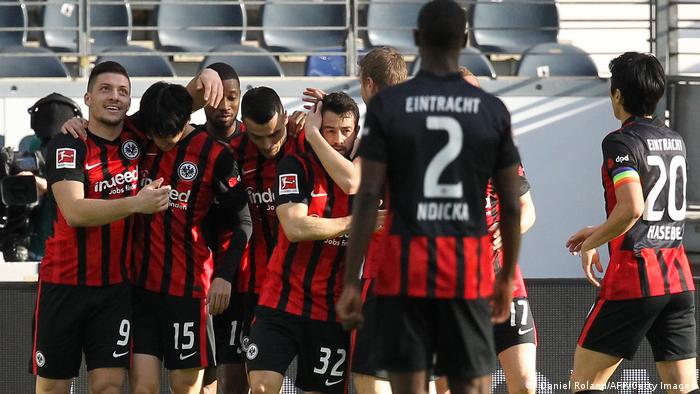 Eintracht Frankfurt have now beaten Bayern in their last two home games against the champions.

Eintracht Frankfurt have played their part in some of the most significant moments of Bayern Munich's recent history. They gave Niko Kovac the platform needed to get the Bayern job, claimed a shock cup final win over the Bavarians in Jupp Heynckes' final game and then dished out the 5-1 thrashing that spelled the end for Kovac and the start of Hansi Flick's 2020 treble.

Saturday's win may not have had quite the drama of that 2018 final, or the significance of Kovac's last stand, but it was further vindication of Eintracht Frankfurt's savvy recruitment and further proof of the champions‘ vulnerability.

The hosts started at a ferocious pace and Bayern were unable to cope, with huge gaps appearing on either flank in the opening exchanges. It wasn't long before Filip Kostic, one of the standout wide players of the campaign, took advantage: working himself a pocket of space and drilling a low cross for Daichi Kamada to sidefoot home from close range.

It's far from the first match the champions have started poorly this term but this time, Bayern were unable to pull themselves together after that early concession. Just after the half hour mark, makeshift right back Niklas Süle's lack of agility and awareness was punished by Amine Younes, who dropped a shoulder, moved in from the left edge of the box and arrowed a sensational strike past Manuel Neuer. 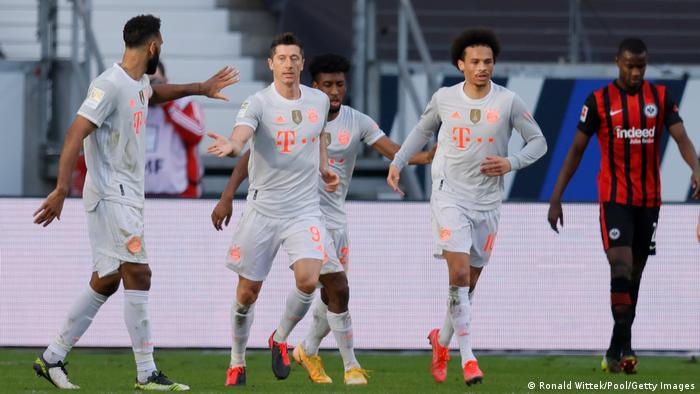 Robert Lewandowski's early second half strike promised a Bayern comeback, but it failed to materialize.

Neuer had kept Bayern in so many games this year and when Robert Lewandowski stabbed home after some sensational work from Leroy Sane shortly after the break, it looked like the keeper's efforts in keeping Bayern in touch would again be crucial. But shorn of several of their leading attacking weapons, they couldn't overcome a two goal deficit for the second time in a week.

"We didn't learn from the Bielefeld game, that was not enough against such a team. We have to be wide awake from the start," Neuer said, after the game. "The second half was good. Had we played like that from the start, we'd have won here"

While Bayern may have missed the threat of Thomas Müller and Serge Gnabry, the Eagles were missing Andre Silva, whose 18 goals have seen him rise to second on the top scorers list, behind Lewandowski. Frankfurt handed a full second debut to Luka Jovic but the on loan Real Madrid striker was quiet while Kostic, Younes and goalkeeper Kevin Trapp starred in a deserved win. Adi Hutter's team have now won eight and drawn one of their league games since the Bundesliga resumed in January.

The Eagles' ascent has been a triumph of recruitment, teamwork and tactical nous. Sporting director Fredi Bobic's eye for an undervalued player has earned the club big money (Jovic, Sebastian Haller, Ante Rebic) and given players who've fallen out of favor elsewhere a second chance. Kostic was rescued from Hamburg's sinking ship for €6 million in 2019. His method of getting half a yard on the outside before whipping in a cross with the left foot is out of vogue but steadfastly effective, as his 11 league assists prove.

Younes is another example. Once regarded as one of Germany's bright young things, his career had been drifting but he’s finding his feet in Frankfurt while on loan from Napoli. After his goal, Yountes held up a T-shirt in memory of Fatih Saracoglu, one of nine people shot dead in the Hanau terror attack a year ago. 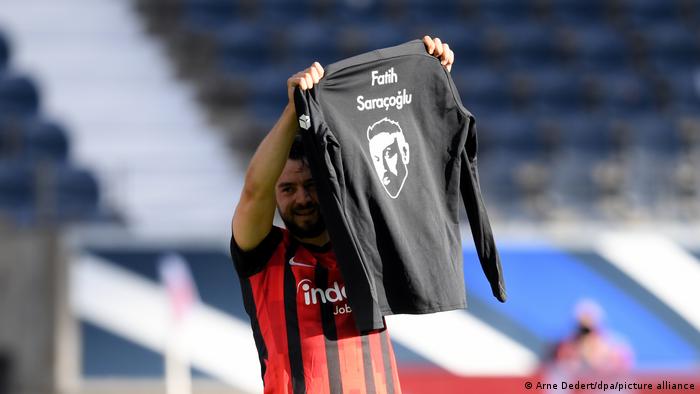 Amin Younes holds aloft the image of Fastih Sarancoglu, one of the victims of the Hanau terrorist attack a year ago

Bayern's third loss of the season won't see them lose top spot, but it does open the door for the chasing pack. While RB Leipzig and Borussia Dortmund have blown opportunities to catch up in recent weeks, Frankfurt keep taking theirs.

With a seven point gap between the teams, Flick may not be too worried about Frankfurt right now. But he must surely be starting to have some serious concerns about his own side. Bayern's defending was chaotic in the first half, with Süle struggling, Alphonso Davies caught high up the pitch too frequently and Jerome Boateng looking his age.

A trip to Rome to face Lazio follows on Tuesday in a grueling season that's clearly taken its toll on the champions. By contrast, Eintracht have nearly a week to prepare for their considerably shorter trip to Bremen on Friday. Missing out on the Europa League last year may have been a blessing in disguise, with Hütter's men looking well-prepared and fresher than most. All the same, a few Champions League away trips won't sound too bad.