The biggest football clubs enjoy consistent success partly because they adapt. After the team started to look a little stale, Bayern Munich have been quick to change, with teenager Jann-Fiete Arp the latest to sign up. 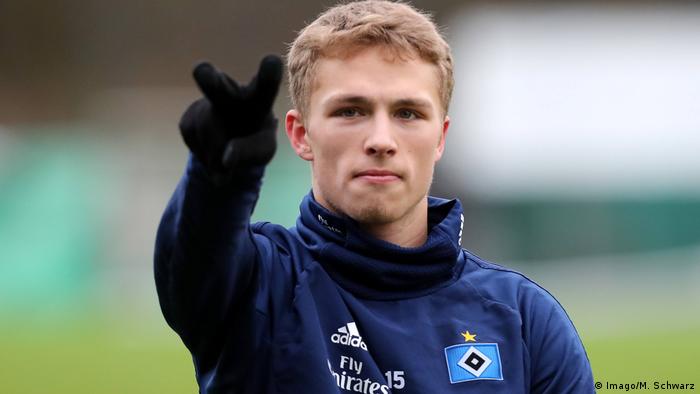 The subject of rebuilding hasn't been far from the minds of German football fans since the national team's failure in Russia. Borussia Dortmund top the Bundesliga table having finally and decisively moved on from the team Jürgen Klopp built, leapfrogging an aging Bayern Munich in the process.

Like those in charge of the national team, the top brass at Bayern were a little slow to recognize that while the champions of the past – the likes of Thomas Müller, Jerome Boateng, Manuel Neuer and Mats Hummels – were still good players, their peak was behind them.

It's not an unusual situation. Great teams tend to develop when a core of players of roughly the same age mature and improve together and those players will naturally also regress at a similar pace. But for some time, Bayern railed against the dying of the light. In a bizarre and furious October press conference club president Uli Hoeness, CEO Karl-Heinz Rummenigge and sporting director Hasan Salihamidzic blasted the media for disrespecting their star men.

"When I read about Manuel Neuer then I just have no words. I would like to remind you that Manuel was world goalkeeper of the year four times,” Rummenigge said. “The same goes for Jerome Boateng and Mats Hummels.”

A few months later, the need to begin the process of replacing the players that secured the club six straight Bundesliga titles and a Champions League has had accelerated despite an improvement in results, if not always performances.

Hamburg striker Jann-Fiete Arp is the latest to sign up to the evolution. The 19-year-old penned a deal with the Bavarians on Thursday and will join either at the end of this season or the end of next term. He follows Benjamin Pavard (23), who last month agreed a deal to move from Stuttgart at the end of the current campaign while 18-year-old Alphonso Davies has already made a couple of cameos after joining from Vancouver Whitecaps at the beginning of January.

There's already evidence that the changing of the guard is happening. Since Bayern's poor run in the autumn, Leon Goretzka (24), Serge Gnabry (23), Niklas Süle (23), Joshua Kimmich (23) and the fit-again Kingsley Coman (22) have emerged as the club's most important players, with Müller struggling for form, Boateng benched and Arjen Robben and Franck Ribery injured and winding down their contracts.

Though the season is far from a write off, coach Niko Kovac has increasingly been looking to the future, as have his bosses.

"We always need young players," said Kovac as talk of bids for Callum Hudson-Odoi swirled last month. "It is my job and the job of Hasan Salihamidzic to change the team as the team does not get any younger." He added: "If a player is good it doesn't matter how old he is. We are looking for younger talented players but also players who are ready because the young talented players need time to develop."

It may even be happening quicker than Kovac anticipated, with some of Bayern's younger stars starting to shoulder greater responsibility. Gnabry, Coman, Goretzka, Kimmich and Süle are all likely to start on Saturday evening when Bayern host Schalke with a new core emerging.

The reverse fixture, last September, marked the end of Kovac's honeymoon period and the start of a difficult spell that saw them fall behind Dortmund. The champions lost to Bayer Leverkusen last time out in the Bundesliga to fall further behind after a strong run and even slipped behind Borussia Mönchengladbach in to third.

The Royal Blues come in to the game on the back of joining Bayern in the German Cup quarterfinals after a 4-1 win over Fortuna Düsseldorf but having to cope with the loss of their fondly regarded former general manager Rudi Assauer, who helped the club through difficult financial situation to win a UEFA Cup in 1997.

Salif Sane scored twice in that win and the defender said victory helped the team "clear our heads a little bit ahead of the game in Munich". It was Schalke's third win in five games, with only one defeat but the Royal Blues still sit just 12th in the table after a shocking start. Both these sides are recognizing the importance of starting again.

Bayern Munich have triumphed over Hertha Berlin to reach the German Cup quarterfinals. But it took an outstanding performance from Serge Gnabry to cover up a lack of fluidity and defensive fragility. (07.02.2019)

Bayern Munich injuries starting to ease ahead of pivotal month

With progress in both German Cup and Champions League on the line and a deficit in the Bundesliga, the next month looks key to Bayern Munich's season. Niko Kovac thinks some of his star men should return just in time. (05.02.2019)