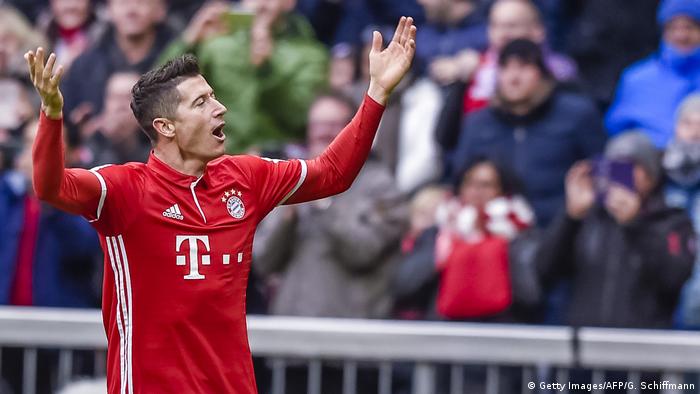 Bayern Munich dropped points in the Bundesliga for the first time since late November with a 1-1 draw at home to Schalke.

Although much of the pre-match buzz surrounded Holger Badstuber's return to the club and subsequent clumsy touch and stumble to gift Bayern their first goal, it was another afternoon in which the German champions looked far from their best.

Moments of magic from the likes of Robert Lewandowski, Arturo Vidal or Arjen Robben were evident throughout the match but didn't suffice to break through a stubborn Schalke defense that looked far better than the one that lost to Eintracht Frankfurt last week.

Borussia Mönchengladbach continued their quick turnaround in form under new coach Dieter Hecking with a comprehensive 3-0 win over Freiburg.

As they showed last week against Bayer Leverkusen, the Foals look far more confident and resolute with the ball. Lars Stindl's impressive dribble and curling finish into the bottom corner was as good an indicator of this as any.

A similar sense of purpose and confidence was evident too just five minutes later when Raffael and Mahmoud Dahoud combined with a smart one-two to pierce the Freiburg defense to make it two.

Patrick Herrmann then made it three with a fortune, deflected shot to compound a poor afternoon for Christian Streich's side. 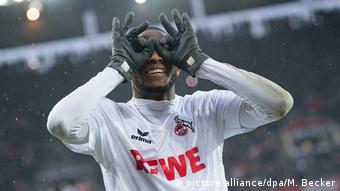 In a somewhat typical manner to what we’ve seen over and over again from Cologne this season, Peter Stöger's side dispatched of a threatening Wolfsburg side with a solitary goal late on in the second half after doing very little.

Although the clash was well contested by both teams, it was perhaps the Wolves who looked more threatening in attack. At least before goalkeeper Diego Benaglio was deemed to have tripped up Anthony Modeste in the box just 10 minutes for time.

The French striker stepped up and easily fired home the only goal in a rather drab match. Yet with all three points in hand Cologne fans perhaps won't care.

With zero points from their opening two games of 2017, Saturday’s clash with Ingolstadt was most certainly a must-win for Hertha Berlin if they had any hope of keeping up with the top four chasing pack.

Fortunately for the capital side a lead was gained just moments in to the match when Genki Haraguchi happily tapped home a cross from Salomon Kalou, who was allowed to casually stroll in to the Ingolstadt box with little resistance.

A second goal would have perhaps put the home fans at ease long before the final whistle, yet an important three points for Pal Dardai's side.

Any suggestions that Julian Nagelsmann's side may struggle on Saturday due to the suspension of star striker Sandro Wagner were quickly put to rest when Mark Uth fired home a tremendous volley to open the scoring within the first 10 minutes.

A second goal didn't come until late in the game when forward Marco Terrazzino headed home a rebound, before Adam Szalai scored two late goals just before full time against a Mainz side without a win in five Bundesliga matches now.

You can re-read our play-by-play coverage of the games as they happened below.

Pierre-Emerick Aubameyang put his transfer musings to one side, as instructed, and banged in his 17th of the Bundesliga season as Dortmund beat RB Leipzig 1-0. The win moves Dortmund up to third in the league. (04.02.2017)