Bulgarian Prime Minister Borisov has urged Eastern Europe to show more solidarity in the refugee crisis. What are his motives for the pro-European stance? 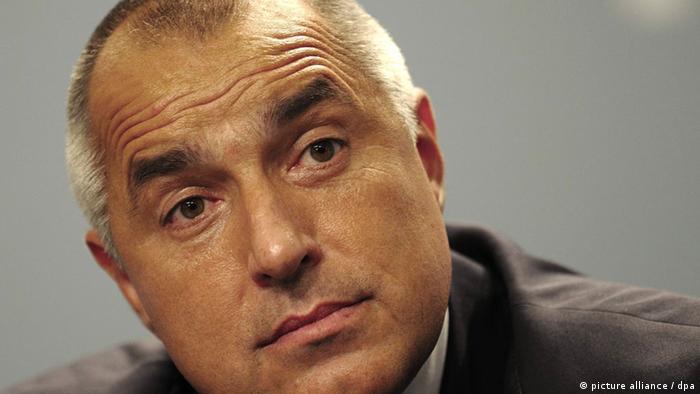 "The state has collapsed. So now the street urchin from Bankya has returned to straighten up this place," is how Boyko Borisov had outlined the situation in his country and the tasks ahead of him before he began his second term. The Bulgarian prime minister sometimes has a strange way of cultivating his image.

Boiko acts like he's your buddy. That is the identity that Borisov has built his government's philosophy on. It sounds quite likeable and it actually is, although it also entails political views that are not completely unproblematic. The whole idea is that strong people rule the streets; they tell the weak ones what to do and the weak ones obey.

On an international level, Borisov knows where to find the strong ones - in Brussels, in Berlin (Borisov has a photo of Merkel on his desk), in Washington and in the Vatican. In a conversation with British Prime Minister David Cameron, Borisov proudly told him, "Three popes have patted me on the head!" EU Commission President Jean-Claude Juncker has also gained notoriety for having kissed Borisov on the forehead.

Allocation quotas for refugees - but with fences 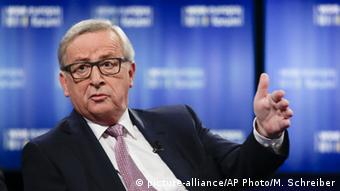 Jean-Claude Juncker refers to Borisov as his 'gold boy'

Juncker calls him "my golden boy." And indeed, Borisov has achieved model student status among central and eastern European leaders.

His state finances are legit and Bulgaria has accepted mandatory quotas for the allocation of refugees throughout Europe, unlike the Visegrad Group consisting of Poland, Hungary, the Czech Republic and Slovakia.

Borisov has even urged other central and eastern European countries to show more solidarity in refugee matters.

At the same time, Bulgaria is busy building fortifications on its border with Turkey and Greece. The Bulgarian police force cracks down on illegal migrants. The infamous "refugee hunters", volunteer vigilantes, track down newcomers and have gained a great deal of support among the general public. In a very short time, Borisov issued two completely different statements on the armed vigilante group. First, he thanked the "patriots" who "help the state." Later, he revealed that he would not tolerate any paramilitary groups that break the law. Many Bulgarians liked the first statement; the second one found EU approval.

Borisov also supports EU sanctions against Moscow, even though the Bulgarian population is extremely pro-Russian. He even rejected the Russian pipeline project South Stream, which would have been lucrative for Bulgaria, to please Brussels. To show his appreciation for Borisov's decision, Juncker had a paper napkin framed and hung in his cabinet. On the napkin, Borisov had drawn the South Stream route.

"The big bosses out there have to decide things like that, not us," said Borisov recently with regard to the refugee crisis. The assessment is demonstrative, but by no means unfounded: Little Bulgaria is among the biggest net recipients of EU funding, so it is understandable that the head of government salutes Brussels and Washington, and allows his forehead to be kissed by other leaders.

EU funds as means of power 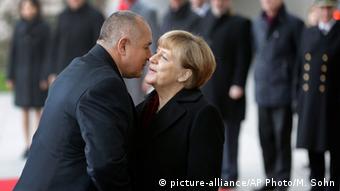 Borisov has a photo of Chancellor Merkel on his desk.

At home, Borisov is completely different. As an inside forward of the amateur soccer club FC Vitosha Bistritsa, Borisov always shoots the decisive goals for his team. Opponents dare not tackle the prime minister. At work, he runs the government with an iron fist: Objections are allowed, but ultimately, the boss makes the final decision. Borisov himself says, "If you want to resign, please do it together, otherwise parliament will make a spectacle of itself." He single-handedly replaces ministers. But most importantly, he pays great attention to the government portfolios that receive the greatest amount of EU funding.

With the help of EU funds, he is able to play the part of a generous father figure who treats his children to new highways or subway stations almost every day. He also exerts influence on media outlets that depend on EU funded projects or advertising campaigns. No wonder Bulgarians are served "Boiko for breakfast" on several TV channels - simultaneously and almost always live from a studio - many Bulgarians quip.

Observers assume that EU funds are a means of maintaining power; out of the public eye and in business and political circles, he uses them well. Nonetheless, there is no evidence to back the assumptions.

Some dispatches from the US Embassy in Sofia claim that the former bodyguard, Borisov, who once guarded the last Bulgarian dictator Todor Zhivkov until he was overthrown in 1989, has close contacts with organized crime. However, the dispatches are over six years old.

And despite all this - or perhaps for these very reasons - Bulgarians love their Boiko, the street urchin, who, according to his own accounts "plays soccer outdoors with his buddies, sandwich in hand."

Bulgaria's justice minister has resigned after parliament refused to back legislation meant to clean up the corrupt and inefficient judiciary. The EU has criticized Bulgaria over corruption and judicial reforms. (09.12.2015)

A migrant has died in a scuffle with border guards, according to Bulgarian officials. The man allegedly traveled with a large group of refugees from Afghanistan and was trying to enter the EU from Turkey. (16.10.2015)