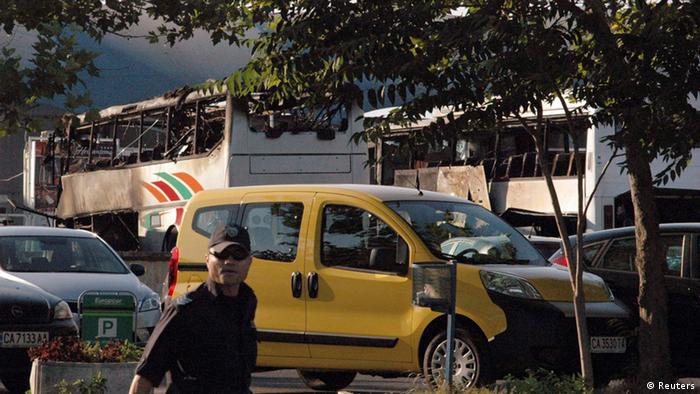 A Bulgarian court on Monday sentenced two men to life in prison for their involvement in a deadly bomb attack on Israeli tourists at the country's Burgas Airport in 2012.

The blast killed five Israelis, including a pregnant woman, the Bulgarian driver of the bus and the man who was carrying the explosive. More than 35 people were injured. It was the deadliest attack against Israelis outside their own country since 2004.

Prosecutors had demanded the maximum sentence of life imprisonment without the chance of parole for the two men, who are being tried in absentia. They are Lebanese-Australian Meliad Farah, who was 31 at the time of the attack, and Lebanese Canadian El Hajj Hassan, who was 24.

According to investigators, they had arrived in Bulgaria from Romania in the month before the bombing and left the country on the evening after the attack. The pair were linked because of fake US driving licenses they had that were printed on the same printer at a Lebanese university.

Analysis of DNA identified the bomber as the 23-year-old Franco-Lebanese national Mohamad Hassan El-Husseini. Footage from the airport showed him inside the terminal wearing a backpack just before the explosion that destroyed the bus, which was on its way to Sunny Beach, a popular Black Sea resort.

Prosecutors were unable to establish whether the explosive was triggered by the bomber of remotely detonated by the two men on trial. It was alleged that they had helped the bomber assemble the device.

Both Bulgarian and Israeli authorities blamed the Lebanese Shiite movement Hezbollah for the attack, claiming that the group supplied the men with financial support. The nature of the device also appeared to show a link with the movement.

The connection played a role in the decision by the European Union to blacklist Hezbollah as a terrorist organization.

The ruling is still subject to appeal in a higher court.