Brooks Macek: ′You have to approach it as just another hockey game′ | Sports| German football and major international sports news | DW | 19.05.2017

Brooks Macek: 'You have to approach it as just another hockey game'

Winnipeg-born Brooks Macek played in Germany's quarterfinal match against Canada. He told DW how one approaches a game against the country in which you were born - and how proud he is of the tournament his team played. 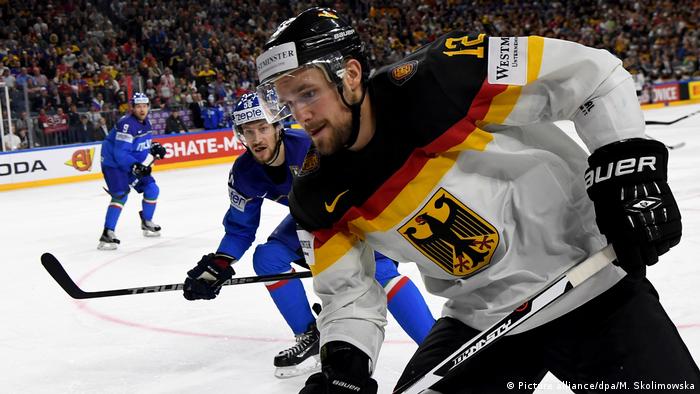 DW: Brooks Macek, you guys fought really hard, but Canada at the end of the day were really dominant, what was the difference between the two teams. Are the Canadians just that little bit better, faster from top to bottom of their lineup?

You've played some really good teams in this tournament; you beat the United States, but lost to Sweden and Russia - and now Canada in the quarterfinals. Are the Canadians just a slight cut above, or are these four teams on the same, elite level?

You are from Winnipeg, your father is from not too far from here, in the west of Germany. How does it feel as somebody who grew up in Canada to play against the country where he was born and grew up in?

It's certainly interesting. You have to approach it as just another hockey game, obviously a very important one and you just have to try your hardest. Obviously you try to keep that aspect out of your head. 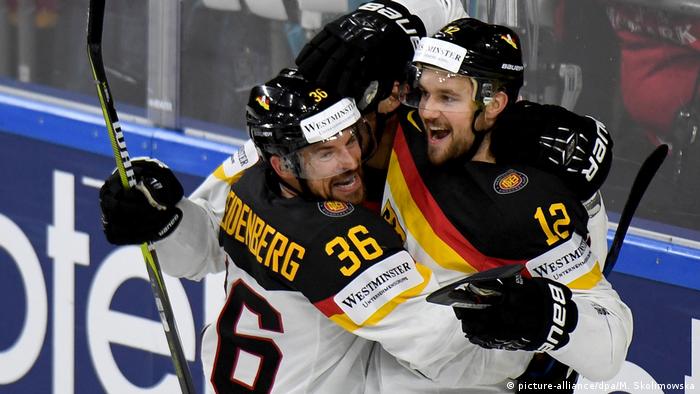 Macek (No.12) chipped in with two goals at the 2017 world championship

For you - playing for your homeland against your native land… was there any extra incentive tonight?

For sure, I'd love to beat them, but they are a great team. It was a tough game and I thought our guys played hard and I was impressed with the way we played overall as a team.

I thought we played great, obviously we had an injury early on with Tobias Rieder, who was then done for the tournament, then Thomas Greiss got injured, so obviously we had a lot of adversity to battle through, and I thought the guys did a great job of that. I am also pleased with the way I played and I couldn't be prouder of how the guys played.

Head coach Marco Sturm gave you your first call up to the German national team at the Deutschland Cup in 2015. Is there a lot of upside to this German hockey team under him?

Yes, for sure, he is an enthusiastic coach, he played the game at the highest level for a long time. He relates well to the players, the guys respect him and playing for him has been an awesome experience. I have nothing but great things to say about him.

Brooks Macek, born in 1992 in Winnipeg, Manitoba, plays for EHC Red Bull Munich, the current champions of Germany's top professional league, the DEL. The forward, who can play either at center or on the wing has dual German-Canadian citizenship. He has made 35 appearances for Germany.