David Cameron has called for restrictions on the freedom of movement within the EU and other changes in order for Britain to remain in the bloc. The referendum over the UK's future in the EU is expected by 2017. 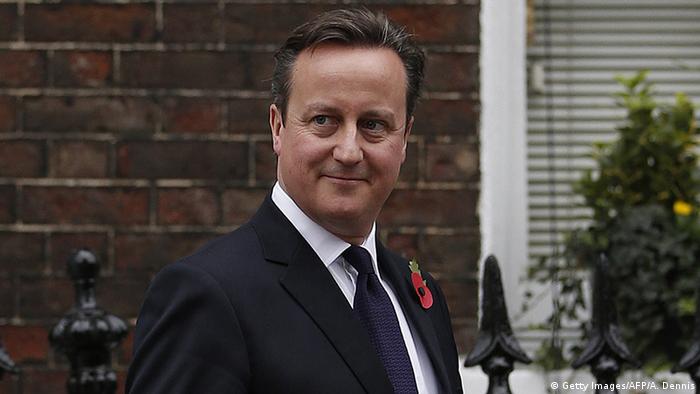 Brussels should play a less prominent role in some aspects of how its member countries function, Cameron said Tuesday as he laid out his plans for EU reforms before holding a referendum over a possible "Brexit" that would see the United Kingdom leave the EU.

"Never forget that the European Union now comprises 28 ancient nations of Europe," Cameron said in a speech. "That very diversity is Europe's greatest strength. Britain says: let's celebrate that fact, let's acknowledge that the answer to every problem is not always more Europe. Sometimes it's less Europe."

The British leader is expected to send a letter to the president of the European Council today setting out his main objectives in reforming the EU.

In his speech, Cameron said he wants change in four areas, including protection for non-eurozone countries, less bureaucratic restrictions and more power for national parliaments.

But most contentiously, Cameron said Britain wants to control migration by barring immigrants from some EU member states from claiming some public benefits in Britain for four years.

The European Commission chief spokesperson Margaritis Schinas said some of the proposals contained in the letter "appear to be feasible," including strengthening national parliaments. But she drew the line at Cameron's proposal for restrictions on public benefits for citizens from some member states that she said would constitute "direct discrimination between EU citizens."

Czech Prime Minister Bohuslav Sobotka said his country could support measures to improve regulation and deepen economic integration in the eurozone, but he objected to changes to freedom of movement, saying they could cause a "very serious problem."

"The right to live and work anywhere in the EU is absolutely fundamental to us given our historical experience," he said.

German Chancellor Angela Merkel said that Cameron's proposals came as "no surprise," and that she was "reasonably confident" a deal with London could be reached to avoid a Brexit.

The chancellor added that although there were some difficult demands, "if we adopt the spirit that we can resolve this, then I am reasonably confident that we can succeed."

Demands ahead of 'Brexit' referendum

In sometimes vague language, Cameron also called on the EU to work on being more competitive in the global market.

"We need to bring together all the different proposals, promises and agreements - on the single market, on trade, on cutting regulation - bring it all together into one clear commitment that writes competitiveness into the DNA of the whole European Union," he said.

Britain will hold a referendum by the end of 2017 on whether to leave the 28-nation bloc; Cameron has said he wants to stay in, provided he can secure greater autonomy for the UK.

Cameron's Conservative Party has lost ground to Euroskeptic parties openly hostile to European membership. But the opposition Labor Party and others say they would object to leaving the EU.

"I can tell you today that as part of our renegotiation, I'm asking European leaders for a clear, legally binding and irreversible agreement to end Britain's obligation to work for an ever closer union," Cameron said.

Britain would "think again" over its EU membership if no deal is reached, he added.

Striking a diplomatic tone, a spokeswoman for the European Commission says Brussels is willing to keep dialogue with Britain open.

"The Commission considers the prime minister's letter as the beginning not the end of the negotiation, and as President (Jean-Claude) Juncker has repeatedly stated, we stand ready to work for a fair deal with Britain that is also fair for all the other member states."