Britain′s opioid crisis takes on US dimension | Europe | News and current affairs from around the continent | DW | 19.05.2019

Opioid addiction in Britain has spiraled to a dangerous level. Experts warn that the UK is approaching a crisis of US proportions. What's the government doing to tackle the problem? Charlotte Potts reports from London. 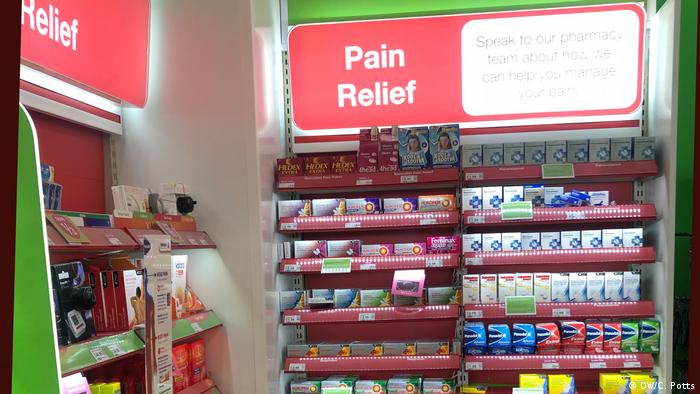 In a split second, Lisa Peake's life changed forever. The South Londoner had been taking her bike for a spin on a morning in February 2014 when she got knocked over by a van. After the accident, the neck pain started and it never left her. Peake's doctor prescribed medication to reduce the pain. Soon she was taking strong painkillers as a relief: codeine four to five times a day, tramadol as a top-up once a day, as well as naproxen and co-dydramol four or five times a day.

The now 48-year-old became dependent on the drugs: "I was desperate to get rid of them. But the more drugs I took, the more my system was getting used to it and I was saying to the doctor, 'I need more.'" The painkillers had a huge impact on her life: "I couldn't concentrate. I could barely stand up without wanting to fall over. My moods were all over the place. My mental capacity reduced. My sleep was affected. In the end, I lost my job," she told DW. 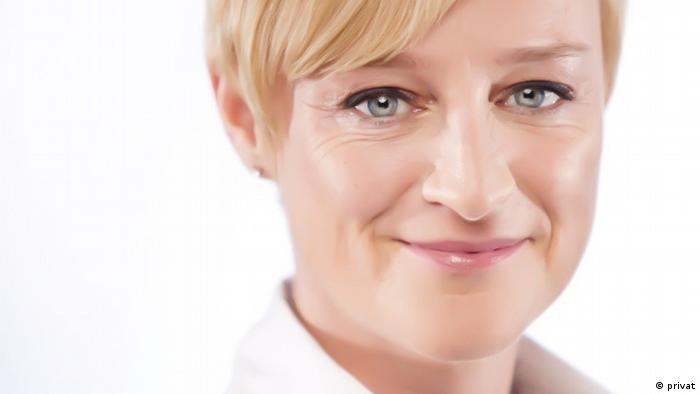 Lisa Peake's case is not unique. Dependency on prescribed medicines is on the rise in the UK and could become as big a problem as addiction to illegal drugs like heroin, according to a group of UK doctors and politicians, who have called for urgent action to help people who get hooked on painkillers, antidepressants and anti-anxiety medicines. "We are in the midst of a great public health disaster which is killing hundreds of people a year and ruining the lives of millions," says Harry Shapiro, head of the addiction charity Drug Wise and a member of the All-Party Parliamentary Group for Prescribed Drug Dependence.

The UK's Department of Health has warned that the number of prescriptions in England and Wales issued for these sorts of medicines had risen dramatically from 14 million in 2008 to 23 million last year. 113,000 opioid prescriptions are now dispensed by general practitioners every day, according to an analysis of medical data by the Times newspaper. Some codeine-based medication is available over the counter in British pharmacies. And virtually every opioid is readily available in online pharmacies with a credit card, in any quantity and without any checks. 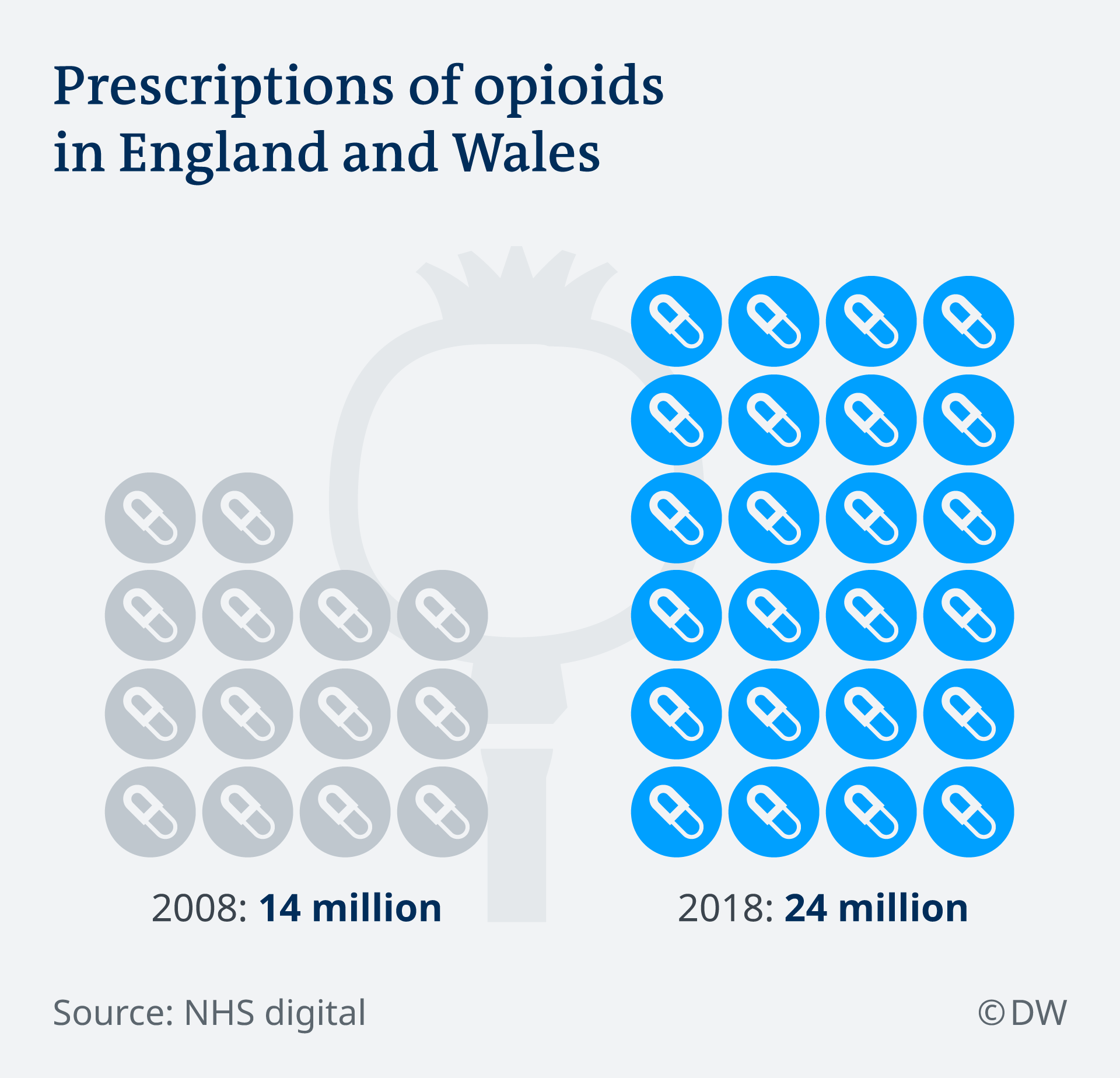 In short, Britain is in danger of replicating the US opioid crisis. "There is some fairly strong anecdotal evidence that people are taking these pills not just for pain, but really to take the rough edges off a fairly crap life," Shapiro told DW. The highest levels of prescribed pills are in the poorer parts of the country, such as in the north where drugs are prescribed four times more than in London. And there's another problem. Doctors in the UK get to spend very little time with their patients in comparison to other European countries. Time is money and the UK's National Health Service is already creaking at the seams. Trying to find viable alternatives to painkillers for chronic pains for patients in a 10-minute session is a challenge.

Read more: US opioid crisis leaves heroin users out in the cold

The British government has recognized the growing problem and Health Secretary Matt Hancock has announced that all opioids must carry prominent warnings similar to the ones found on cigarette packs. The new labels will say that those opioid medicines can cause addiction.

While some experts from the parliamentary group have welcomed this step, others say it doesn't go far enough: "I doubt very much whether this will make a huge difference. It's the least you could do. It's not going to cost the government any money, because the pharmaceutical companies will have to take care of it," said Shapiro. 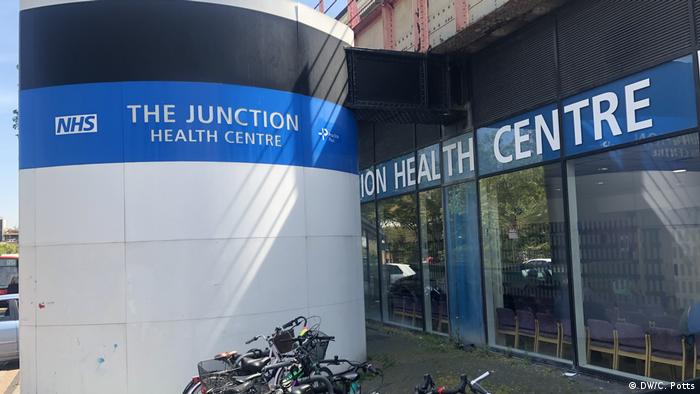 Many NHS practices are understaffed and inadequately financed

He is urging the government to set up dedicated services for opioid addicts. "Somebody with an opioid, tramadol or codeine problem, it could be a retired police officer, they are not going to go to your conventional drug clinic. But that is not going to be cheap and the government will push it all to the local authorities who will say we haven't got the money and so you just go around in circles."

Lisa Peake eventually found a way out. Two and a half years after her accident, she finally got a slot on a three-week hospital pain management program. Psychologists, pain nurses and physiotherapists helped wean her off the medication and taught her to rely on other methods to manage the pain. The withdrawal took around four months and was brutal.

"My skin was itching from the inside. It felt like I had things crawling underneath my skin. And I tried to scratch it and it wouldn't go away. I couldn't sleep at all."

After her recovery, Peake retrained to become a life and business coach. "I manage my own time, so the stress is very low. I don't take anything not even for headaches." The pain is still there, she says, but she has learned to cope with it — without painkillers.