Britain turns its back on coal power | Business| Economy and finance news from a German perspective | DW | 18.11.2015

Britain turns its back on coal power

Britain has set out its plans to phase out coal power plants within the next ten years under tightening EU environmental standards, and turn towards gas, nuclear and potentially wind power, to make up the shortfall. 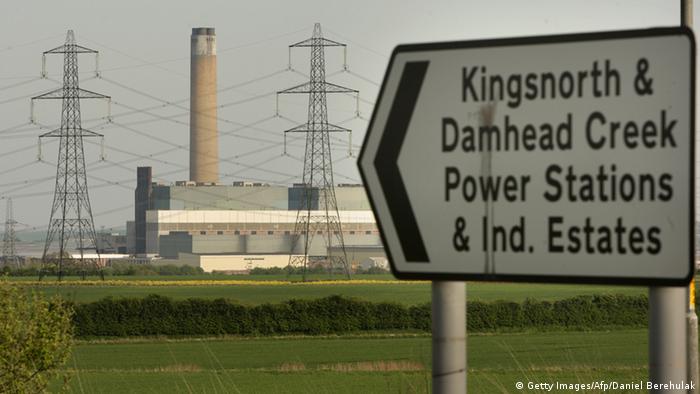 The announcement was made by Britain´s Energy and Climate Change Secretary, Amber Rudd, on Wednesday, in a speech which set out a new direction for the future of the UK´s energy policy.

"It cannot be satisfactory for an advanced economy like the UK to be relying on polluting, carbon-intensive 50-year-old coal-fired power stations," Amber Rudd said, speaking at the Institution of Civil Engineers in London.

The timeframe for the closure of remaining coal fired power plants in the UK will be subject to further consultations in Spring 2016, however if current plans are approved all coal plants would be closed 2025 - and restricted in use from 2023.

According to Amber Rudd, if the UK meets these new targets, the country “will be one of the first developed countries to deliver on a commitment to take coal off the system."

Coal currently accounts for almost a third of Britain´s electricity but many of the ageing plants are due to close over the next ten years due to tightening EU environmental standards. The Energy Secretary said gas would replace coal powered energy, alongside nuclear power, which she termed “safe and reliable,” and insisted that a “fleet of new nuclear power stations” would have to be built.

Ahead of the speech, environmentalists had warned that the UK has not prepared for any meaningful investment in renewable energy; however some commitments in this area were made, with plans set out for “10GW of offshore wind installed by 2020," if the an agreement can be reached on how much the operation should cost.

The British Energy Minister´s speech comes as countries prepare to meet in Paris at the end of the month for the UN Conference of Parties (COP21), aimed to forge an international deal to curb carbon emissions and stave off the worst effects of global warming.

Scientists warn that unless global warming is tackled, the world will have to deal with submerged cities, heatwaves, droughts, and huge refugee crises due to rising seas and the effects of extreme weather on harvests.

Concentrations of greenhouse gases in the atmosphere have reached a new high in 2014, the UN says. World Meteorological Organization (WMO) warns that climate change is moving the planet into "unchartered territory." (09.11.2015)

Greenpeace is serious about acquiring coal mines and power plants owned by Swedish utility Vattenfall in eastern Germany. But the environmentalists don't want to pay anything. The operations, they say, are worthless. (20.10.2015)