The Beethovenfest, Bonn's annual tribute to its most famous son, will this year focus on the composer's numerous links with Britain. 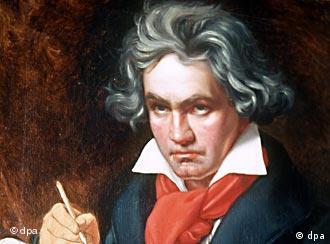 Under the motto "Joy -- Beethoven and the British cultural sphere," the annual month-long festival will showcase British artists, conductors and orchestras.

The four-week festival begins on Aug. 24 and tickets for 61 performances go on sale April 4.

It will trace the links between Ludwig van Beethoven (1770-1827), one of the world's most popular and best-known composers, and the musical, cultural and political life of Britain at the time. 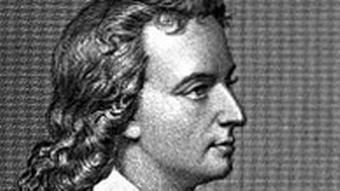 One of Beethoven's friends and pupils, his former copyist and secretary Ferdinand Ries (1784-1838), commissioned a number of works from the composer when he became director of London's Philharmonic Society in 1813.

One of those commissions eventually became Beethoven's Ninth Symphony, nowadays known as the Choral Symphony (1824). It is the finale of that symphony, based on Friedrich Schiller's "Ode an die Freude" (Ode to Joy), that provides the motto for this year's festival.

Beethoven also wrote a patriotic symphonic work, "Wellingtons Sieg oder die Schlacht bei Vittoria," celebrating the Duke of Wellington's victory over the French at the Battle of Vitoria in Spain in 1821. The work makes use of the anthems "Rule Britannia" and "God Save the King." 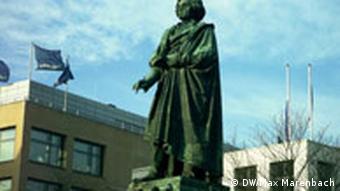 Bonn has hosted the Beethovenfest for over 160 years

Works by British composers will feature highly on the program of this year's festival. As well as musical giants such as Henry Purcell, Edward Elgar and Benjamin Britten, there will also be works by contemporary composers Thomas Ades, Harrison Birtwistle, Brian Ferneyhough and Jonathan Harvey.

The official opening gala concert will be a performance of Elgar's Serenade for Strings and his Enigma Variations, as well as Beethoven's violin concerto, by the Philharmonia Orchestra under British conductor, Sir Andrew Davis.

The Beethovenfest dates back to 1845 when the Beethoven Monument on Bonn's Münsterplatz was unveiled and a three-day music festival was held in honor of the composer's 75th birthday. This year's festival is being headed by Ilona Schmiel and has a budget of 3.65 million euros ($4.8 million).

Disclosure: Deutsche Welle is an official partner of the annual Beethovenfest and DW-WORLD.DE will offer selected festival works as free podcasts.

Click here to read DW-WORLD.DE's coverage of the 2006 Beethovenfest.

Click here to find out more about podcasts offered by Deutsche Welle.

Newsletters on Offer by E-Mail

Sign up for The Beat, DW's monthly music newsletter.