Britain has been accused of "offloading its responsibilities" after it reportedly withdrew the former 'Islamic State' (IS) recruit's passport. Jack Letts, who was detained in Syria, has dual UK-Canadian citizenship. 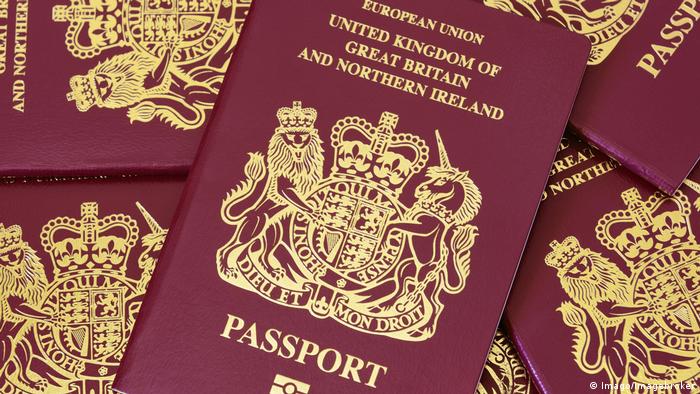 Canada on Sunday said it was "disappointed" that Britain has revoked the citizenship of a dual national former "Islamic State" (IS) recruit being held in northern Syria.

Several UK media outlets reported on Sunday that Letts had been stripped of his British citizenship. They said former Prime Minister Theresa May approved the move before she left office in early July.

But the UK Home Office refused to confirm the decision, saying it doesn't comment on individual cases.

Letts fled England in 2014, two years after converting to Islam, to allegedly join IS. He told his parents that he was in Jordan, studying Arabic.

Although he denies being an IS member, at one point during his time in Syria, he posted on Facebook that he would like to perform a "martyrdom operation" on a group of British soldiers.

Letts was captured by Kurdish forces in Syria and is languishing in jail there, despite saying in a media interview earlier this year he would like to return to Britain.

"I'm not innocent," he told ITV News. "I deserve what comes to me. But I just want it to be ... appropriate ... not just haphazard, freestyle punishment in Syria."

His Canadian father and British mother were convicted in a UK court in June of funding terrorism by sending him a small amount of money during his time in Syria but were spared jail.

This is the second time Britain has revoked the citizenship of one of its nationals who joined IS after the extremist group captured large swathes of Syria and Iraq in 2014.

Shamima Begum, a teenager who traveled to Syria to marry an IS fighter, was stripped of her passport in January.

Begum, who is thought to be 19 or 20 years old, had three babies with a Dutch-born IS fighter while in Syria, but they all died.

She was believed to be a dual UK-Bangladeshi national, but the Dhaka government insists she does not hold one of its passports.

The decision is being appealed as British law does not allow an individual to be stateless.

What will happen to the thousands of IS members who surrendered in the final phase of the battle in Syria? Neighboring Iraq might try them but the country suffers from overcrowded prisons and overworked courts. (24.03.2019)