Bringing the truth to light – Kosovo parliament votes to set up special court | Europe| News and current affairs from around the continent | DW | 04.08.2015

Kosovo's parliament has approved the establishment of a tribunal for war crimes committed by Albanian fighters during the Kosovo War. It took a lot of hard work to make it happen. 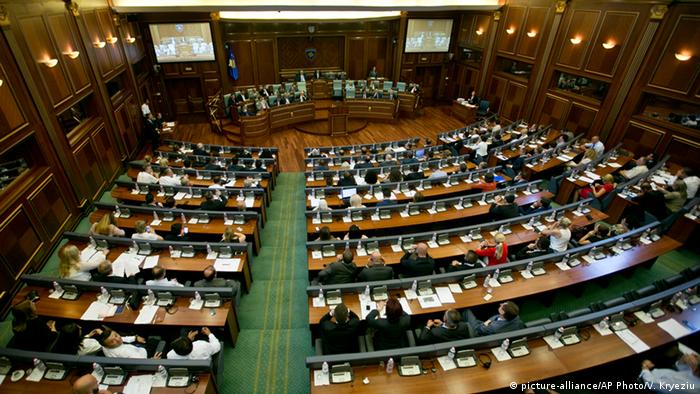 War crimes committed by Albanians? This is precisely what is stirring emotions in Kosovo and people there think the accusations are unfair. It is generally perceived that the Kosovo Liberation Army, KLA, (1998-99) gained the country's long-desired independence.

This event is practically sacred to the people in Kosovo. It is also one of the reasons why it took around five years for the parliament in Pristina to approve the constitutional amendment and ultimately set the stage for the special court.

Since 2011, an EU special investigation team has gathered substantial evidence against former commanders of the Kosovo Liberation Army during the war and in the period immediately thereafter. Now, law authorities can press charges against the suspects. The evidence will be examined by the new special tribunal. Former commanders of the Kosovo Liberation Army as well as present-day politicians and representatives of the people must now fear the long arm of the law. 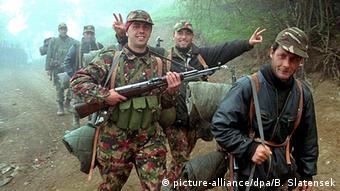 File photograph of KLA fighters in 1999

Many parliamentarians resisted for a long time: In the first vote at the end of June, the two-thirds majority was not attained in the parliamentary vote. And even today, the tribunal is euphemistically referred to as the "professional chamber" or the "office of the special prosecutor."

For years, most people in Kosovo believed that war crimes had only been committed by the others: the Serbs and their collaborators. There had never been talk of the KLA's crimes.

Things only changed when the former Special Rapporteur of the Council of Europe, Dick Marty, made serious allegations against the KLA leadership in his report in December 2010. In the late 1990s, the Kosovo Liberation Army allegedly committed war crimes against the Serbian minority, the Roma and so-called Albanian collaborators during and after the Kosovo conflict, asserted the Swiss diplomat.

The list of crimes includes murders, abductions, expulsions, rape, narcotics trade and the destruction of churches. But what really made the headlines was Marty's controversial accusation that KLA fighters harvested the organs of Serbian captives and sold the body parts on the black market. However, no evidence of such activities has been provided. Furthermore, Marty's report accuses Hashim Thaci, currently Kosovo's minister of foreign affairs and the first prime minister of the country from 2008 to 2014, of weighty offenses. 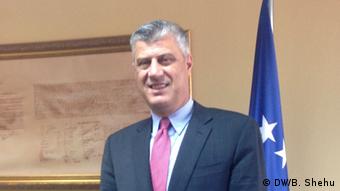 Kosovo, as a state, is not being charged with alleged crimes. Allegations have mostly been made against individuals. The EU foreign policy chief, Federica Mogherini, described the decision as "not easy, but necessary in order to bring the truth to light."

Living dangerously as a witness

Despite the officially proclaimed willingness of the representatives of Kosovo to do everything possible "to ensure a safe and appropriate environment for the work of the special tribunal," as President Ahtifete Jahjaga promised, the war crimes tribunal will have two headquarters – one in Kosovo and one in The Hague.

Like the EU special investigation team, this court is run exclusively by international judges and carries out most of its work in The Hague. The reason for two tribunal headquarters has nothing to do with the fact that the International Criminal Tribunal for the former Yugoslavia is located in The Hague: Witness protection in Kosovo is severely inadequate.

"Everyone knows everyone or is related to each other or is a friend of a friend," says journalist and publicist Milaim Zeka in an interview with DW. So it is possible to informally influence potential witnesses. But journalists who report on cases are also threatened and put under pressure.

Kosovo's parliament has voted to set up a court to prosecute alleged war crimes committed during the 1998-99 war. Pristina has been under mounting pressure from the US and the EU to establish the court. (03.08.2015)

Giving people an incentive to stay in their native countries is a much-quoted goal of European refugee policies. The example of the Balkans shows how difficult that is in practice, says DW's Christoph Hasselbach. (04.08.2015)

The German army will continue its 16-year service in the breakaway region of Kosovo. Parliament is set to approve two other foreign military missions, leaving thousands of German soldiers stationed abroad. (19.06.2015)