Bridgestone's plans to close a tire factory in France have rekindled a debate on globalization. That could lead to an adjustment of economic policy, but a complete turnaround is unlikely. 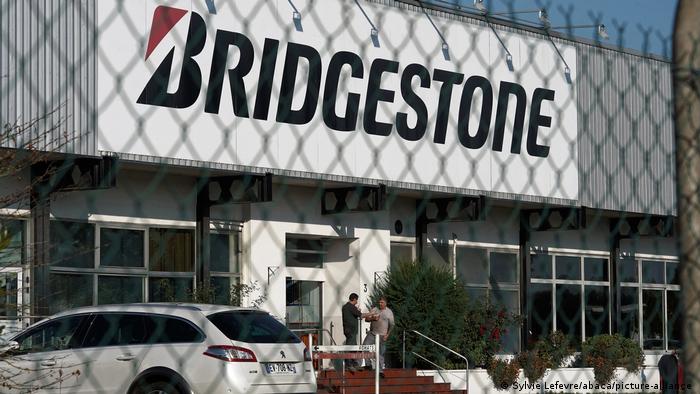 "Breach of trust," "treason," "total scandal." That's what union officials and politicians across the board have called plans by Japanese tire manufacturer Bridgestone to close its factory in Bethune in northern France. These voices are added to others, critical of globalization, that have grown louder since the start of the COVID-19 crisis and the French government's pledge to relocate more production to France. The debate could lead to an adjustment of economic policy — but a complete U-turn seems unlikely.

Bridgestone argues the factory is no longer profitable due to a drop in demand for the small tires produced there and because of low-cost competition, mainly from Asia. "We have analyzed all possible scenarios and concluded that a closure would be the only viable option for our group," a spokesman told DW. Bridgestone announced plans to close the Bethune plant in spring 2021

He added that the company was nevertheless willing to submit its accounts to experts, as mandated by the government, to reexamine alternative scenarios. These could include shifting the production to other car components, or a takeover by another company. Numerous meetings with unions and politicians are scheduled to take place before next February.

Bridgestone has become a symbol for 'another way'

For the government, meanwhile, Bridgestone has become a symbol. "This is our chance to show that another way is possible," Bruno Bonnell, a lawmaker for government party LREM and member of the French parliament's economic committee, told DW. "We can maintain these 863 jobs by transforming the factory."

The government is willing to provide half of the finances needed to help the factory evolve, he added. "This is coherent with President Emmanuel Macron's economic policy since he came to power in 2017: a reindustrialization of France," Bonnell added.

The lawmaker thinks that the coronavirus crisis has enhanced awareness that in some sectors, such as medical equipment, France is too dependent on foreign companies. This thinking is reflected in the government stimulus package disclosed a few weeks ago. Out of the €100 billion promised, €15 billion are tied to boosting innovation and helping relocate certain sectors. 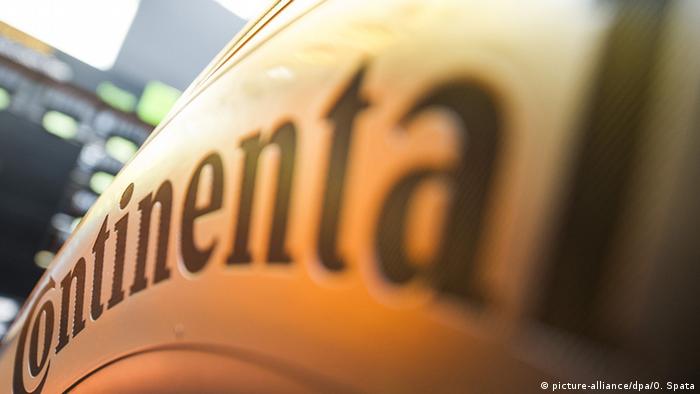 Continental also plans to close a tire plant in Aachen, Germany, by the end of 2021

But this doesn't mean the government rejects globalization as a whole, Bonnell emphasizes. "We just want to balance it out. After all, our model of market economy is unlike the Anglo-Saxon one: economic activity needs to make sense in a social way for us, it can't just be about making profits," he claimed. Still, he admits that not all companies can be saved: "For the forest to grow, some trees will need to fall."

Secretary-general of the union Force Ouvriere Yves Veyrier hopes Bridgestone will be among the trees left standing. The case has also become a symbol for him — of what can go wrong when globalization is left untamed. "The government is the guarantor of jobs and shouldn't hand out subsidies to companies without anything in return," he said.

Bridgestone says it received €1.7 millions of tax cuts in 2018 and another €1.5 millions this year as a coronavirus subsidy. "The condition to receive such subsidies should be that jobs are maintained and no dividends are distributed to shareholders," Veyrier told DW.

Economists doubt there will be a U-turn in economic policy

But for Philippe Crevel, economist and head of Paris-based think tank Cercle de L'Epargne, the noisy debate is little more than political posturing. "Plans to close factories have often triggered a huge backlash in France and led to government intervention," he told DW.

Pressure on the government to react has been growing due to the health and economic crises and low approval ratings, he added.

"But you can't just ignore economic reality — it's no longer profitable to carry out certain activities, like tire production, in France," he said.

Marc Touati, economist and founder of Paris-based consultancy ACDEFI, goes even further. He calls France's economic model "archaic." "We are now paying the price for our economic policy in the 80s and 90s, when France decided to bank on the service sector instead of manufacturing," he told DW.

"Our company and payroll taxes are lot higher than in many other countries, and our labor market a lot less flexible. So it's more than normal that companies decide to move their activities abroad," he said.

Touati doubts the government can change that. "In order to lower company taxes, we would need to bring down government expenses, as we can't keep borrowing endlessly. But that's impossible in France — there would just be too much resistance!"

But Eric Heyer from the Observatory of Conjuncture OFCE at Paris-based university Sciences Po believes the government can adapt its economic policy — within limits. "The government is determined to boost innovation and relocate certain sectors to France," he told DW.

"But that will come at a price. They will have to train the necessary specialists, bank on high-end products where they get a competitive advantage, and accept that consumer prices will be higher, as our labor costs are higher than in some other countries," he said.

Already the government has pledged support, for example to the development of hydrogen engines. A total of €7 billion is to be spent by 2030. Such selective funding could have a small effect on the French economy. But it's a long way from a complete U-turn in economic policy.

Car sales platform Vroom has staged the second-best debut of a US listing this year, showing that announcements of the end of our automobile culture may be premature. The coronavirus is playing a role in the revival.