Car sales platform Vroom has staged the second-best debut of a US listing this year, showing that announcements of the end of our automobile culture may be premature. The coronavirus is playing a role in the revival. 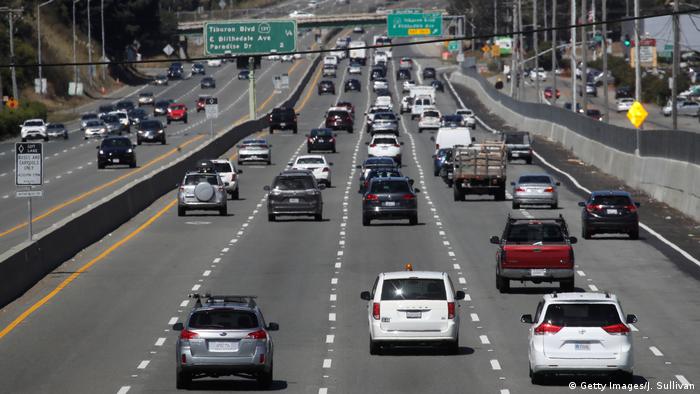 New York Times reporter Emma Fitzsimmons is not exactly known for enthusiastically embracing America's car culture. In her columns for the paper, she's frequently lambasted traffic in the US metropolis and how it maddens people with endless congestion and the time-consuming search for a parking space.

But, in a recent message on Twitter, she unveiled a sudden change of heart, apparently caused by the coronavirus pandemic that ravaged New York.

The pandemic has played havoc with the global auto industry this year, pummeling sales like no other crisis in history after carmakers stopped production and dealerships closed showrooms amid sweeping lockdown measures.

Surprisingly, though, the coronavirus, which is still with us, may also contribute to the revival of the automobile, which has been under mounting pressure for its poor environmental credentials since long before the pandemic broke out.

John Kiser, from the US market research group Ipsos, believes that COVID-19 "definitely has the potential to fuel a comeback of cars."

"People want safety, protection and control," he said, supporting his opinion with a study Ipsos made about consumption patterns during the pandemic crisis.

Many of those polled by the research group said they were feeling better protected from the virus in their own cars than by using public transport. And quite a lot said they'd prefer using their private cars for trips to escape stay-at-home orders.

At the same time, a growing number of dealerships are seeking to tap into Americans' freshly fanned lust for traveling in their own cars by offering massive discounts on prices.

Especially used cars are currently in high demand, according to online auto platform Carvana, which reported a rise in sales by 80% over the past three months alone, with April sales spiking the most at more than 30%. Sales of new cars for the month, however, still dropped by about 30% across all major US manufacturers.

"We're actually more bullish on the used-cars market than on new cars," says Garrett Nelson, analyst for the Center for Financial Research and Analysis (CFRA) in New York. "A lot of people are not coming to be rushing out to buy a new car with the damage that has been done to their financial situation."

Current market sentiment amid the global pandemic also appeared to have provided a significant tail wind to the initial public offering (IPO) of auto sales platform Vroom on Tuesday. The company rose 118% in its trading debut on the NASDAQ exchange after racing past its IPO goal of collecting $468 million (€416.4 million) from investors.

Vroom sold about 19,000 used cars last year and incurred a net loss of $41 million on revenue of $376 million for the three months ended March 31. But the company's market capitalization jumped to $2.5 billion following its IPO Tuesday. The COVID-19 pandemic might spur more car buyers to shop online, Vroom said in its filing.

Global auto giants may not be entirely missing out on the alleged car boom, however, as sales of new cars are surging in China, the world's biggest auto market in recent years.

After sweeping coronavirus-induced lockdown measures were eased in the country in April, sales of new cars made an impressive comeback from a historic fall of 80% in February. Sales in May grew 2% compared with the same month a year ago, as both traffic in the streets and demand at reopened dealerships rebounded. 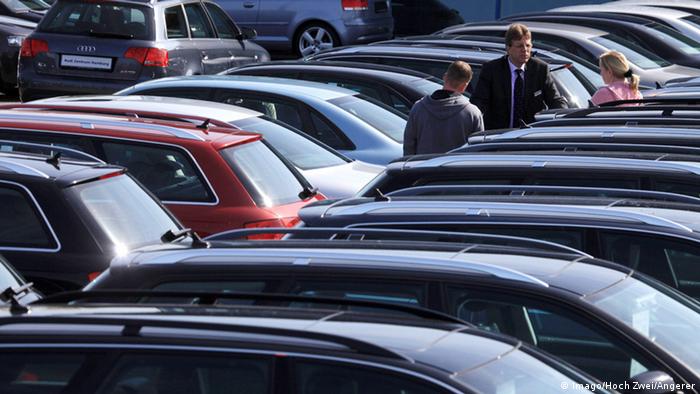 Amid the coronavirus crisis, there's been an uptick in demand for used cars

Analysts from BloombergNEF have found that traffic in China's biggest cities, Beijing, Shanghai and Guangzhou, is presently heavier than on average last year, while use of public transport remains stuck at half of what used to be normal for those cities.

Stefan Bratzel, the head of the Center for Automotive Management (CAM), says developments in China are "providing hope" for the car industry, especially for German manufacturers. While they had built up a strong presence in China over recent years, their competitors from the US and France, for example, wouldn't be able to profit from the Chinese revival as much due to their weaker market positions, he says.

German premium carmakers BMW and Daimler garner about a quarter of their total sales in China respectively. Volkswagen (VW) even sold 40% of its new cars there, Bratzel notes, and the Wolfsburg,Germany-based company seems to be winning more market share during the current crisis.

"Despite the pandemic, VW was able to increase its April sales in China over the same month a year ago," the head of CAM says.

Financial services provider CRFA warns, however, the rebound in China is not a blueprint for markets elsewhere. While car use in China is still underdeveloped with 173 automobiles per 1,000 citizens, markets in the US, Germany and Europe must be considered saturated at rates of 701/1000 for Germany and 837/1000 in the US, the group says.

And indeed, latest available figures for sales in May suggest the road to recovery for all global automakers will be especially long and bumpy in their domestic markets. New registrations in Germany slumped about 50% to a total of 168,000 vehicles in the month. In the US, the downturn was less dramatic, but still significant with a decline by 29%.

The analysts agree the recovery will first gather momentum in the high-price premium segment in all three major world markets more or less simultaneously.

Luxury auto sales in China picked up 28% in China in May, while sales of big pickup trucks and premium cars accelerated in the US. In Germany, Porsche's 911 sports car and Daimler's new Mercedes S-Class cars saw higher demand.

Nevertheless, the overall recovery will be patchy at best, he predicts, supporting perceptions that the golden years for the industry are over amid the ongoing trend for less car use.

There will be "a minor car renaissance" until maybe the end of the year, he argues, but issues surrounding urban mobility, such as congestion and the lack of parking space, will continue to force more cars out of cities once the pandemic will be over.

Getting out of a jam — rethinking traffic

A top Australian leader has condemned recent anti-lockdown demonstrations in Sydney. Elsewhere, Brazilians have protested against their president's handling of the pandemic. Follow DW for the latest.