EU negotiator Michel Barnier reminded the UK that details on its post-Brexit strategy were still sketchy. He warned that a transition deal was by no means certain due to "substantial disagreements." 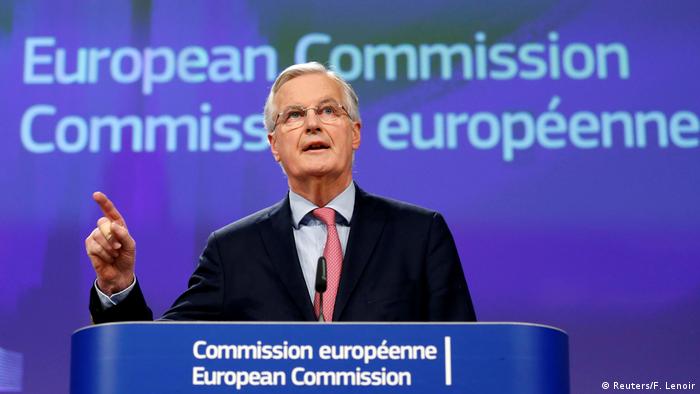 The EU's chief Brexit negotiator, Michel Barnier, has warned his UK counterpart, David Davis, that a deal on Britain's transition period, expected to last from the UK's planned EU departure in March 2019 until the end of 2020, was "not a given" – a statement he specifically repeated in English before proceeding mostly in French.

"There is little time, and we don't have a minute to lose if we want to succeed," Barnier told reporters in Brussels. The EU this week conducted more talks with Britain on a transition period after Brexit, in which London will have access to the EU's single market if it follows all the bloc's laws without having any decision-making powers.

Barnier added that he "wasn't talking about a threat," but "if the "substantial disagreements" were to persist there would undoubtedly be a problem.

The EU has been pressing Britain to flesh out its post-Brexit vision, especially on the nature of trade relations with the bloc.

Responding later Friday, Davis said he was surprised to hear Barnier was unclear on Britain's demands in relation to the transition period, "given the intense work that has taken place this week."

"We are seeking a time-limited period that maintains access to each other's markets on existing terms," said Davis, who did not personally take part in the meeting in Brussels on Friday.

On Thursday, Davis accused the EU of using "discourteous language" in a draft agreement calling for the ability to sanction Britain during the transition period in cases in which it would take too long to refer any breach of EU rules to the EU's top court.

Barnier appeared baffled by the UK's response to the draft. "I don't understand some of the positions taken by the UK," he said, insisting that the EU had made its stance clear all along.

Barnier pointed out that divisions remained on citizens' rights for EU migrants moving to Britain during the proposed transition, and the UK's ability to object to new laws passed during the phase.

Read more: The Irish border - what you need to know

Regarding the Irish border, he said it was important to "tell the truth," namely that a decision by the UK "to leave the customs union and the single market would make border checks unavoidable."

To avoid such a scenario, he reminded Britain that it had to find solutions to avoid a hard border between Northern Ireland, which is part of the United Kingdom, and the Republic of Ireland, a part of the EU.

Donald Trump urges Theresa May to get tough in Brexit talks

US President Donald Trump would be far tougher in Brexit negotiations than UK Prime Minister Theresa May has been to date. Facing renewed division within her own cabinet, Trump's comments pile extra pressure on the PM. (29.01.2018)