Brexit: A view from Cyprus

The Republic of Cyprus, an EU member state, will negotiate directly with the UK over its exit from the European Union. A deal will focus on the future status of Cypriot workers on the island's British military bases. 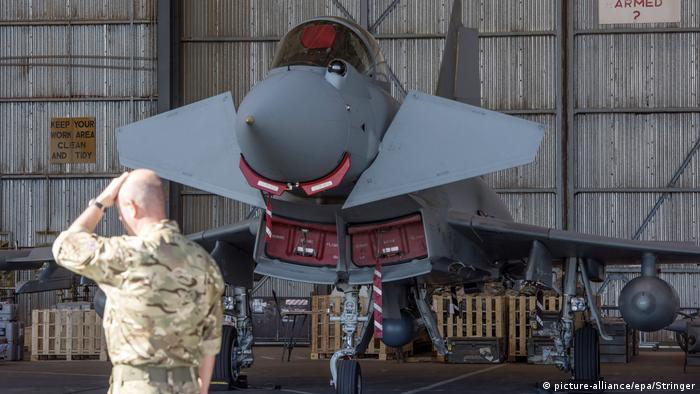 Cyprus is divided in two, between its Turkish north and Greek south. However, the disputed island has a third part: The British Overseas Territory of Akrotiri and Dhekelia. The two areas comprise about 3 percent of the island, which Britain used to have in its entirety as a colony, or about 254 square kilometers.

The territory is home to about 3,000 British military personnel and their families, as well as 7,000 Cypriots, who are also EU citizens. Their status in a Brexit future will be the centerpiece of negotiations between representatives of London and Nicosia, the capital of the Republic of Cyprus, beginning Wednesday in Brussels.

The Cypriot government wants to ensure that its citizens' status remains unchanged once the UK exits the EU. The European Union will accept an accord between the UK and Cyprus on the condition that it is compatible with EU regulations.

Read more: Cyprus peace talks: an island caught between the EU and Turkey? 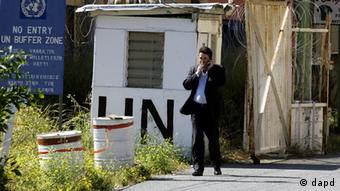 A presidential election is scheduled for the Mediterranean island nation in less than four months, which may complicate negotiations.

The current president, conservative Nicos Anastasiades, is leading in the polls. Two of his opponents are trying to turn the presence of the British military into a campaign issue.

Both Nicholas Papadopoulos of the centrist Democratic Party and Yiorgos Lillikas of the left-wing Citizens' Alliance want the base closures to be part of talks. The demand is very popular among Cypriots, but not the government.

"This is not the time for such a discussion," said Foreign Minister Ioannis Kasoulides, recalling that the military bases were central to the 1960 agreement granting Cyprus its independence from Great Britain. When Cyprus was divided in 1974, that agreement led to international recognition of the southern half's sovereignty over the entire island. The deal with the UK, Kasoulides added, guarantees the continuity of the Republic of Cyprus in a reunified nation.

The politics of presidential campaigning may take a backseat to real-world considerations. The UK is Cyprus' second-largest trading partner and a major source of service jobs, dominating tourism and foreign investment on the island.

British forces on Cyprus also serve to protect it from the dangerous and fluid situation in the eastern Mediterranean and Middle East, said Andreas Theophanous, a political scientist at the University of Nicosia. He recommends "strengthening and deepening cooperation with Great Britain," adding that "its military presence should also serve the security needs of Cyprus." 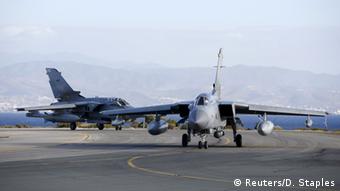 More than 1,200 deployments have flown out of the Akrotiri base against the 'Islamic State'

Britain and its NATO allies also benefit from the current arrangement. Military experts estimate that radar installations on Cyprus can monitor air traffic as far as Russia and Central Asia, including in Afghanistan. Akrotiri is Britain's most important airbase for operations in the region. More than 1,200 air sorties against the "Islamic State" have been conducted from the site.

The intensified use of the airfields led to a 21-month, 54-million-euro ($63.7 million) runway upgrade. While visiting the base earlier this year to inspect the work's completion, Mike Penning, then British minister of state for the armed forces, said the area was "at the forefront of supporting our most important military operations over the last decade and more."

By 2019, the bases expect to become the largest permanent overseas deployment of British troops.

Race for Cyprus gas and oil sparks tensions in the Mediterranean

After years of fiscal gloom, Cyprus’ government is pressing ahead with its drilling plans. But potential instability looms as Turkey talks tough and sends battleships to the region. (17.07.2017)