A powerful explosion in the north German city of Bremen has killed three people and nearly destroyed a block of flats. Authorities have not established the cause of the explosion, but gas is suspected. 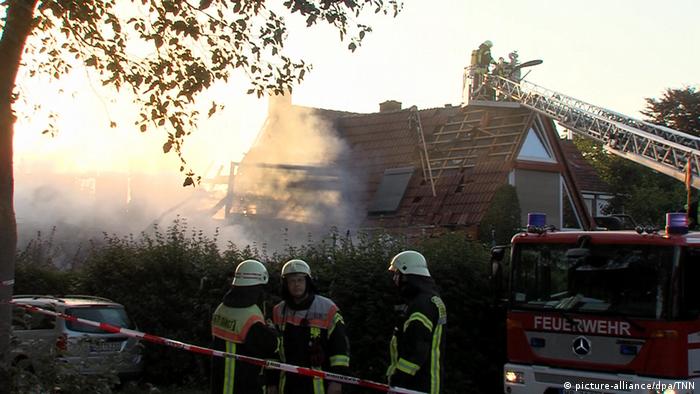 Three people were killed in the building in the district of Huchting in the northwestern German city-state on Thursday at about 4:30 a.m. (0230 UTC).

Around 70 firefighters attended the scene. All houses within a 100-meter (330-foot) radius of the building were evacuated. 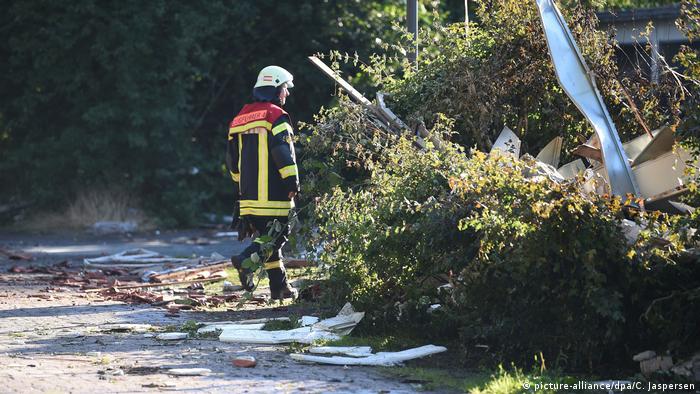 Authorities are still not sure what caused the explosion

The cause of the explosion has not been established, although authorities suspect a gas leak. One neighbor said: "I thought a plane had been downed."

Cars in the vicinity of the blast were damaged by flying debris from the building.

Richartz described the force of the blast as "enormous." "That more residents of that building were not injured is verging on a miracle," he added. "I have never seen anything like it."

A similar explosion destroyed an apartment building in Wuppertal earlier in June.

A suspected gas explosion in the Belgian city of Antwerp has claimed at least two lives and injured at least 14 people. The explosion ripped through apartment buildings, causing at least one building to collapse. (16.01.2018)

At least four people have died and more than 20 others are injured after an apartment block collapsed in the Polish city of Poznan. A gas explosion is thought to have destroyed the building. (04.03.2018)