Eight months after a mining dam collapsed in southeastern Brazil, the 1.6 million people living along the Doce River are still struggling not only with health risks, but also with a crisis of public confidence. 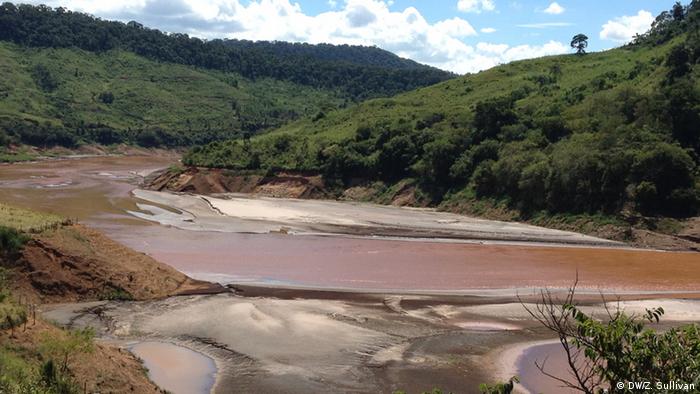 "I was making ice cream, and didn't hear the noise," recalls Neuza da Silva Santos. "My sister arrived, yelling that the dam had broken, and I went outside. The river was already full of sludge. I went back inside and closed the window because I thought I would be coming back. We ran."

Da Silva Santos didn't come back. Her decision to drive away ended up being fateful, as she survived the collapse of the dam by getting in a car; 19 other people were not so lucky.

Reports show that although Brazilian mining company Samarco, the dam's owner, knew about a leak at the impoundment 10 hours earlier, there had been no warning siren. 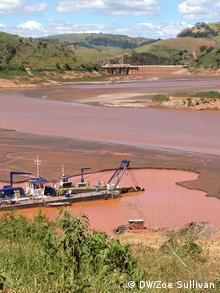 According to the United Nations, 50 million tons of iron ore and toxic waste were dumped into the river that day. The sludge covered riverbanks and cropland along the entire length of the 853-kilometer (530-mile) river, killing fish and other wildlife, and contaminating the drinking water supply for much of the river valley. Toxic sludge reached the Atlantic some two-and-a-half weeks later.

It's considered the worst environmental disaster in Brazil's history.

Did the mining companies act irresponsibly?

The mining industry accounts for more than $1.4 billion (1.23 billion euros) in the city of Mariana, where the disaster occurred. According to a report by Brazilian daily "Folha de São Paolo," Samarco was attempting to quintuple the size of the Fundão waste reservoir by connecting two different tailing dams when the collapse happened.

Samarco is a joint venture of Vale and BHP Billiton, two of the world's largest mining companies. Brazil's Globo television network revealed that the company's sensors had detected possible danger of collapse in 2014 and 2015 before the actual failure - although the company said the dam had passed inspection in July. 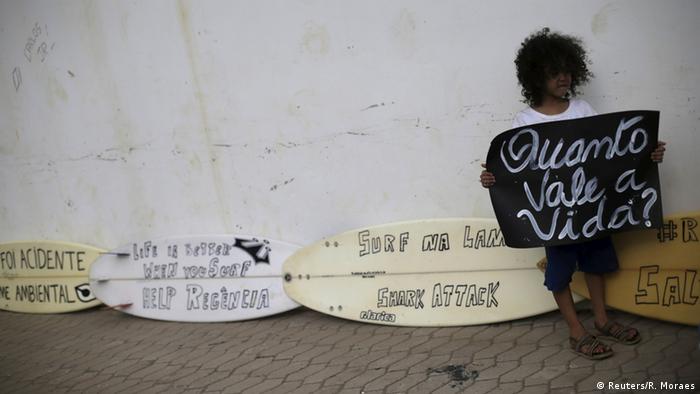 In an act of protest against the mining companies, a Brazilian boy holds a sign saying: "How much is life worth?"

Critics say that due to a sharp fall in global iron ore prices in 2015, Samarco may have been more focused on expanding its production in order to avoid financial losses - and that emphasis may have overridden basic safety concerns.

Dirk van Zyl, a professor of mining engineering at the University of British Columbia, told Bloomberg News that dam failure like the one seen on the Rio Doce "is a lot more expensive than doing things right."

Zyl noted that a dry-mining waste storage technique used in Chile, where earthquakes are common - although much safer - costs 10 times as much as the tailings dam solution. He also noted that an initial estimate on the cost of recovery from the Fundão collapse done by Deutsche Bank put the figure at more than $1 billion. 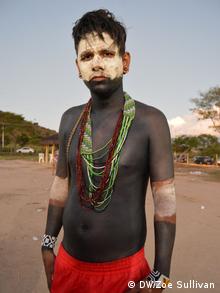 For the indigenous Krenak community, which lives on a hill between a dry streambed and the polluted Rio Doce, the disaster did more than destroy their water supply.

"Watu" is the Krenak name for the waterway, meaning "sacred river." The Krenak cacique, or chief, Geovany Krenak, says that the waterway is intimately connected to his people. "The river is part of my culture, my life, my essence. We see the river as sacred. To the extent that you destroy something sacred, you harm a culture."

The community swam, fished and played in the river. Now its primary food source is gone, as is its place to cool off on hot days - or even obtain drinking water.

Water trucks paid for by Samarco have been supplying water to the community since the disaster, but residents complain that this water has high levels of chlorine that irritate the skin and stomach.

For Geovany Krenak, the issue goes beyond the physical problems the community is facing and touches on an existential one. "The wars came, the hydroelectric dams came, mining came. All of that, indirectly, is a way of eliminating the people," he declared. 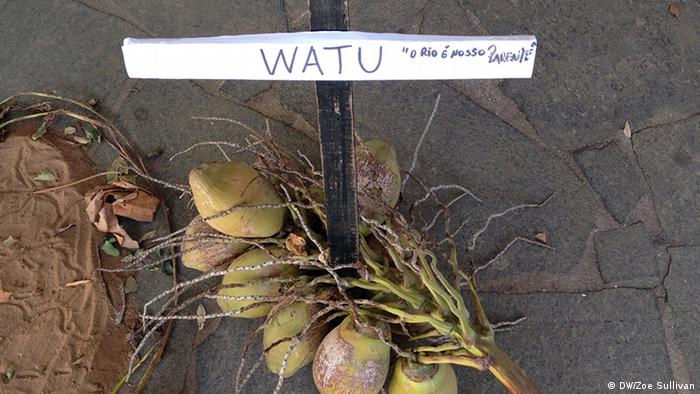 For the Krenak community, the river was a sacred source of water for life

Eduardo Santos de Oliveira, a member of a task force of prosecutors handling the Samarco case, told Agencia Publica that the cause of such a disaster "as a rule, [is] a sum of omissions or bad decisions."

BHP Billiton and Vale will pay up to $5.1 billion over 15 years in a settlement with the Brazilian government. In June 2016, Brazil's Environment Ministry fined Samarco an additional $41.6 million for damages to protected areas.

However, Brazil's Supreme Court issued a temporary decision July 1, 2016, suspending the settlement on the grounds that the case should be decided by a lower court in Minas Gerais where the dam broke. Vale and Samarco said they would appeal.

But the large fines in this high-profile case are an exception, not the rule. Observers in particular point to regulatory failures in preventing such disasters.

Brazil's slap-on-the-wrist regulatory culture raises the possibility that the country will see more disasters like the Fundão dam collapse as its mining and other industrial infrastructure ages and deteriorates.

"Folha de São Paulo" reported that Brazil has 16 mining-related dams that are considered insecure, and that toxic mud continues to leak from the broken Fundão dam, despite a judicial order for Samarco to stop it. 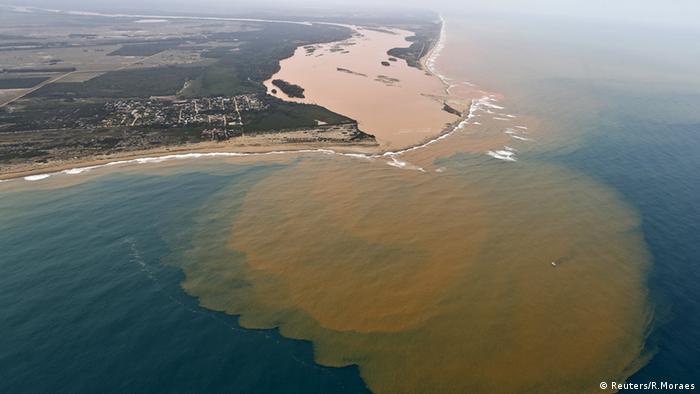 For people all along the Rio Doce, these potential threats are taking a back seat to the immediate need to find potable water.

The city of Governador Valadares, with a population of roughly 280,000, had no water at all for nearly two weeks following the dam break.

"It rained less than average, [so] some cities that were using other water sources are now having difficulties because many rivers and wells dried up."

Samarco is sampling and analyzing the Rio Doce water supply for Brazil's federal environmental authority, which found that iron and manganese levels were both greatly over the allowed limit.

Excesses of iron can provoke diarrhea and vomiting, while high doses of manganese affect the central nervous system and can lead to tremors, weakness and impotence.

Pedro Costa, the father of an 18-month-old infant, shared his fears. "I'm really worried about the water quality. The companies say that the water is fine, but other sources say it's not. So measures need to be taken, and the guilty parties really need to be punished."

In a Rio favela, residents transformed a dump with 20 years worth of garbage into a lush green park with ocean views. (10.06.2016)

After a breached mine tailings dam released a torrent of toxic mud across villages and land in southwestern Brazil, the full extent of the disaster has yet to become clear. Other dams are also at risk of breaking. (19.11.2015)

Data analysis by DW reveals many Brazilians live near dams that, without proper maintenance and governmental oversight, could be deadly in the case of failure.

The China-backed project has been designed so recklessly that it would condemn local villages to a catastrophic fate if approved, engineers say.