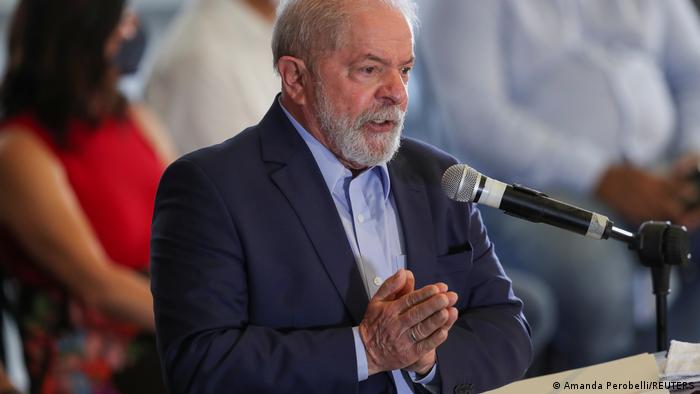 Luiz Inacio Lula da Silva remained a popular figure in Brazil, even when he was in prison.

Ex-president Luiz Inacio Lula da Silva was not treated impartially in the corruption probes of 2017, Brazil's Supreme Court ruled on Tuesday, handing the leftist politician a new victory as seeks a political comeback.

The 3-2 ruling came after Justice Carmen Lucia changed her mind at the last minute, swinging the majority of the five-judge panel in the former president's favor.

The Supreme Court found that judge Sergio Moro was "biased" in convicting the 75-year-old politician, best known simply as Lula.

Moro was accused by Lula and his supporters of conspiring against the popular president, to keep him from running in the 2018 presidential election where Lula was likely to win.

Earlier this month, a Supreme Court judge annulled the graft conviction against Lula, restoring his right to run for elections.

The Supreme Court is now set to throw out evidence in the cases, derailing the prospect of a swift retrial.

What were the charges against Lula?

A corruption probe known as Operation Car Wash began in March 2014 and soon brought down multiple prominent figures in Brazilian politics and business who were accused of conspiring to embezzle billions of dollars from state oil company Petrobras.

Among them was the former president, who was subsequently convicted of corruption and money laundering.

In 2017, he was convicted for bribery after accepting a seaside apartment from a construction company in exchange for lucrative government contracts.

The following year, another court found him guilty of corruption and he was sentenced to a total of 26 years on charges of taking bribes.

He was released from prison in 2019 after appealing multiple convictions.

Lula is the co-founder of Brazil's leftist Worker's Party (PT) who led the Latin American country through an economic boom from 2003 through 2010, lifting millions out of poverty.

He has remained a popular figure in Brazil even when he was in prison. Lula is likely to pose a major challenge to right-wing President Bolsonaro's reelection in 2022, though neither of them has yet confirmed their candidacy.

Tuesday's ruling further boosted Lula's potential candidacy for the next year's election and vindicated his claim of political persecution.

Returning to the political arena, Lula attacked the president's management of the pandemic and Brazil's economy. Bolsonaro took the criticism as Lula's presidential campaign launch.

Brazil prosecution of Lula could be compromised, Intercept leaks show

The Brazilian Bar Association has called for the suspension of the justice minister and several prosecutors. In messages, Sergio Moro, in his previous role as a judge, appears to conspire against former President Lula.

Luiz Inacio Lula da Silva said he wanted to "send fascism back to the sewer of history" at a rally in Sao Paulo. He served as the 35th president of Brazil from 2003 to 2010.