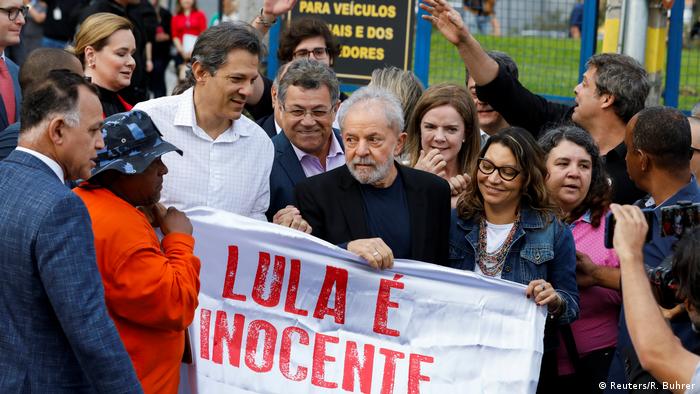 A Brazilian judge ordered the release of former President Luiz Inacio Lula da Silva from prison on Friday. Lula had been detained since April 2018.

"I didn't think that today I could be here talking to the men and women that during 580 days shouted good morning, good afternoon or goodnight, no matter if it was raining or 40 degrees [Celsius]," he told assembled crowds outside the prison, referring to supporters who waited for him.

The Supreme Court of Brazil ruled less than a day before that a person can be imprisoned only after all the appeals have been exhausted.

The former president, who is usually simply known as Lula, tweeted the words "Lula Free."

The 74-year-old politician is appealing his conviction of corruption and money laundering in relation to the renovation of a beachfront apartment. He had been serving an 8-year prison sentence, after being arrested under a corruption probe referred to as "Car Wash" in Portuguese-language media. 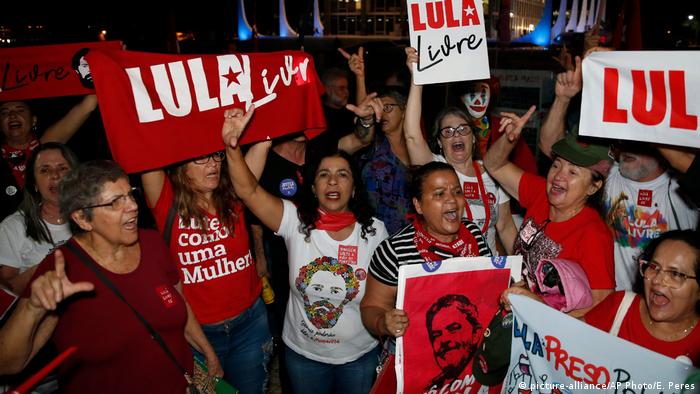 What comes next for Lula?

Supporters awaited Lula outside the prison in the southern city of Curitiba. Addressing the crowds, he accused the authorities of trying to "criminalize" his actions and his Workers' Party.

His lawyer, Cristiano Zanin, said: "Our judicial battle continues; our focus is to get the legal case nullified."

Lula also announced that he will hold a gathering of supporters at a metal workers union in Sao Paulo on Saturday, before embarking on a national tour. He is among around 5,000 prisoners released on Friday following the Supreme Court ruling.

Lula governed as leader of the leftist Workers' Party from 2003 to 2010. He was and remains a popular figure on the left, with his arrest in 2018 and subsequent withdrawal from the presidential race paving the way for the election of far-right President Jair Bolsonaro.

Lula had already appealed his conviction but it was upheld last year, and he was put behind bars in April 2018. He is known as a working-class hero who is popular for his common touch.

"You are the nourishment of democracy," he told crowds. "The doors of Brazil will be open for me to travel around the country," he added.

It is not yet clear what political role Lula may attempt to occupy now he is free.