Despite opposition, Rio has sold rights to its water and sewage treatment to companies Agea and Igua. The winning bidders have the goal of collecting and treating 90% of sewage by 2033. 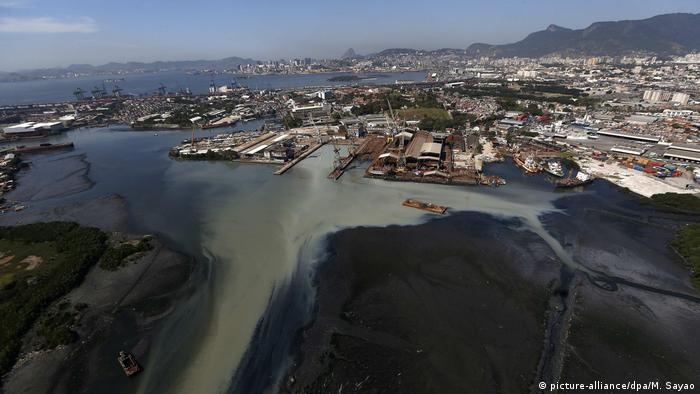 The auction faced opposition and was almost canceled.

The Brazilian government agreed to privatize Rio de Janeiro's water and sewage treatment on Friday, after several years of promises to improve sewage treatment and clean up the state's polluted Guanabara Bay.

Brazilian President Jair Bolsonaro attended the auction in Sau Paulo, where the treatment rights were sold for $4 billion, more than double the minimum price. It was the biggest ever water treatment rights sale in Brazil.

"Brazil is going to return to growth. We are going to get through both waves," said Economy Minister Paulo Guedes, referring to the surge in COVID cases that Brazil is facing.

Sanitation company Aegea won the concession for two of the four blocks, presenting bids worth a combined 15.4 billion real ($2.8 billion). The company Igua was given a third block with a bid of 7.3 billion real.

The winning bidders have the goal of collecting and treating 90% of sewage by 2033.

Rio's public water company Cedae had been criticized in recent years for its cloudy and smelly water, that sometimes tasted like earth.

Around 35 million of Brazil's 212 million people do not have access to potable water, and 100 million are not connected to sewage infrastructure.

The auction was almost canceled, after lawmakers who voted in favor argued the heavily indebted southeastern state could not auction Cedae, until it finalizes a new aid package from the federal government. But interim governor Claudio Castro, an ally of the President, issued a last-minute decree ordering the auction to go ahead.

Congress passed a law last June making it easier for private firms to participate in water and sanitation projects, aiming to bring potable water and sewage service to the full population by 2033.

According to Trata Brasil Institute, only 65% of sewage in the city of Rio is properly treated, leaving 35% to be improperly discharged. Rio had pledged in its bid to host the 2016 Olympics that it would treat 80% of its wastewater before the games began. However, it failed to deliver on the promise.

The Supreme Federal Court has confirmed its earlier decision to set up an investigative committee to probe Brazil's handling of the pandemic.