The Supreme Federal Court has confirmed its earlier decision to set up an investigative committee to probe Brazil's handling of the pandemic. 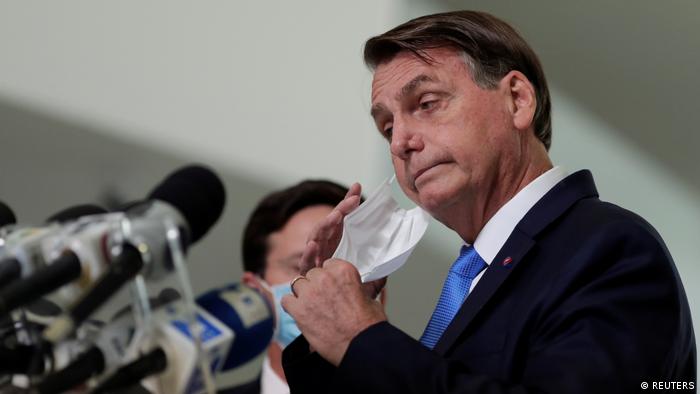 Brazil's top court on Wednesday gave the go-ahead for a congressional inquiry into the government's handling of the coronavirus pandemic under President Jair Bolsonaro.

With 10 votes to 1, the Supreme Federal Court (STF) gave its approval of the investigation after it received support from over a third of lawmakers.

"Denying the right to install the commission if the requirements are met harms the right of the parliamentary minority," the STF said in a statement following the ruling.

The probe was launched by Brazil's Senate on Tuesday. It is a political headache for Bolsonaro who is already facing rising disapproval ratings as Brazil suffers one of the highest COVID-19 death tolls in the world.

What will the investigation look into?

Leader of the Senate Rodrigo Pacheco said the probe would look into the federal response to the health crisis as well as how federal resources were distributed to states.

Brazilian newspaper Folha de Sao Paulo called the approval of the investigation a loss for Bolsonaro but pointed out that he was able to shed some of the pressure by including the response of state and municipal governments.

The president has shown his anger at the proposed investigation, blasting lawmakers and STF judges alike.

On Wednesday he said the country was a "powder keg" and that there would be "serious problems" caused by measures that aim to curb the virus.

What is the COVID-19 situation in Brazil?

Brazil's coronavirus-related death toll is over 350,000, second only to the US in terms of COVID-19 fatalities.

The country has seen the situation deteriorate in recent weeks, with daily deaths at times surpassing 4,000. The P1 variant in the country also appears to affect younger people more.

The healthcare system in the richest and most populous city, Sao Paulo, was on the verge of collapse on Wednesday as hospitals ran dangerously low on treatment drugs, the Folha de Sao Paulo reported.

"Collapse is imminent," Sao Paulo's health secretary said in a letter seen by the newspaper.