Authorities are embroiled in an intense headscarf debate in Bosnia-Herzegovina. Muslim women who work in courts and wear headscarves for religious reasons may not be able to do so in the future. 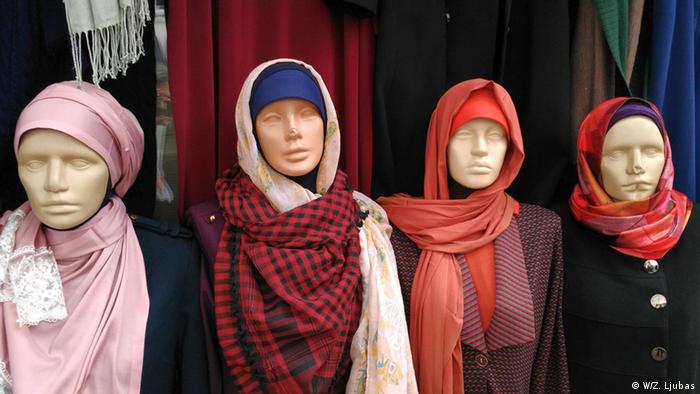 Aldina Suljagic-Piro has worn her headscarf for 20 years. The 33-year-old holds a diploma in law and lives in Tuzla, in eastern Bosnia. She is openly fighting for her right and the right of other Muslim women to wear their headscarves in courtrooms in the face of a potential ban. In October 2015, the highest judicial council of Bosnia-Herzegovina decided to ban "religious symbols" from courts and other legal institutions.

It's a slap in the face for Suljagic-Piro and her headscarf-wearing colleagues, especially because no public debate on the issue took place. "I am sorry that the council did not deem it necessary before making a decision to allow for the possibility of becoming acquainted with people who wear headscarves and to convince themselves that there is no reason or cause for such a degrading act," Suljagic-Piro told DW.

Though the ban covers all religious symbols, including Christianity's cross, Muslims seem the most upset by it. Suljagic-Piro said her headscarf was not a mere "symbol," but the "identity of a Muslima" and an Islamic obligation. 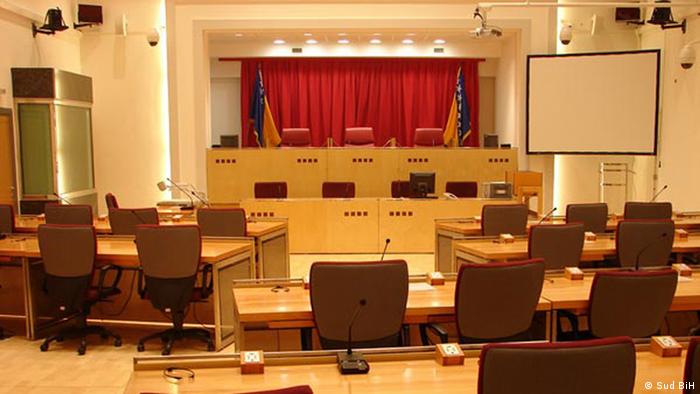 This courtroom in Sarajevo could someday be headscarf-free

Dzevada Susko, director of the Institute for the Bosniak Islamic Tradition, fears that women with headscarves could lose their jobs. Susko, a historian and political scientist, said she knew of at least 20 women whose jobs would be threatened by the ban. Still, she said she was glad that a discussion about headscarves had been initiated. "If we live in a democratic state, then it is important to have a public debate about an issue that obviously relates to the status of religious communities in public spaces," Susko said. She said debate over the headscarf in a plurality-Muslim country such as Bosnia-Herzegovina was distinct from such discussions in places like Germany, where many consider Islam a more recent - or even foreign - phenomenon. The debate in Bosnia-Herzegovina has an additional historical context because for several decades the country was part of socialist Yugoslavia. "In Bosnia-Herzegovina, there is an understanding that religion should not be visible in public spaces," she said.

That secular view of religion's role in public society is shared by Jasna Samic, a specialist in Middle East studies who has lived between Sarajevo and Paris for decades. She supports banning religious symbols from public offices and, in particular, legal facilities. "Religion should finally be confined to private spaces," Samic said. She feels that the contemporary headscarf in Bosnia-Herzegovina is copied from Saudi fashion, is closely connected to Salafist groups and represents a "return to a system that deprives people of their freedom - or a return the dark ages."

Armina Omerika, a German scholar of Islam, said banning religious symbols would not create equality in Bosnia-Herzegovina or contribute to the country's secularization. "Women have a hard time getting jobs," Omerika said. "If a group of qualified woman is marginalized explicitly for their outward appearance, then the current conditions of inequality have only deepened." Omerika noted that similar debates in Germany had shown that such bans in fact hindered equality efforts: "Young women are acquiring qualifications, they have an education, and now they are denied access to the work market."

The lawyer Suljagic-Piro refuses to give up her headscarf. "I will personally not back down because of a decision made by the high judicial council, nor will I abandon my plans for my own law firm," she said. "Actually, these unpleasant events are additional motivation to justify my headscarf and to make my profession even better and more professional."