Police in Sarajevo have arrested several people suspected of "financing terrorist activities" for the "Islamic State." Prosecutors said evidence linking the suspects to the militant group was uncovered during the raids. 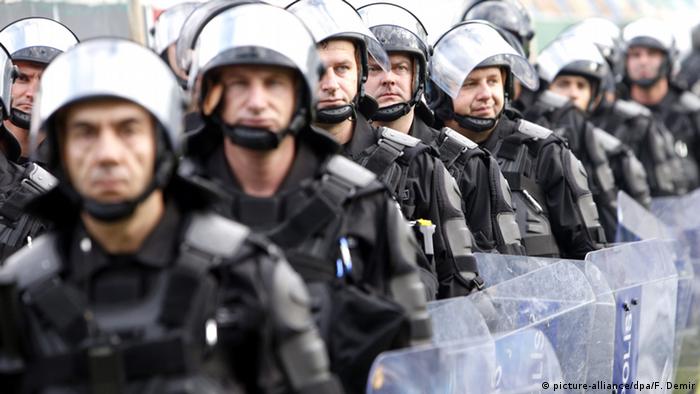 More than 100 Bosnian police officers on Tuesday participated in raids across the Sarajevo metropolitan area in a crackdown on elements of the "Islamic State" in the Balkan country.

Balkans a gateway for 'IS'?

Millions of Muslims live in the Balkans. According to media reports, Islamist terrorists are increasingly trying to influence them. But opinions are split on how grave the situation is.

"So far 11 individuals suspected of terrorism, financing of terrorist activities and recruiting 'Islamic State' fighters have been arrested in raids on 13 locations," said a Bosnian police spokeswoman.

The operation targeted 15 suspects who are being investigated for "incitement of and recruitment for terrorist attacks." Authorities searched several private homes along with two places of worship.

The suspects were believed to be in "close contact" with militants fighting in Iraq and Syria.

"During the raids, evidence has been found indicating connections with the ISIL structures," said a statement from the prosecutor's office, referring to the militant group by an alternative acronym.

In mid-November, a suspected Islamic militant armed with an assault rifle killed two Bosnian soldiers near the capital in what authorities said was an apparent terrorist attack. The man committed suicide while under police siege.

A Bosnian preacher practicing Saudi Arabi's Wahhabi interpretation of Islam was sentenced to seven years in prison in early November for recruiting several fighters to join the "Islamic State" in Iraq and Syria.