Borussia Dortmund cemented second place in the Bundesliga with an eye on the future. The club already has answers to possible departures and new additions will boost their title credentials. 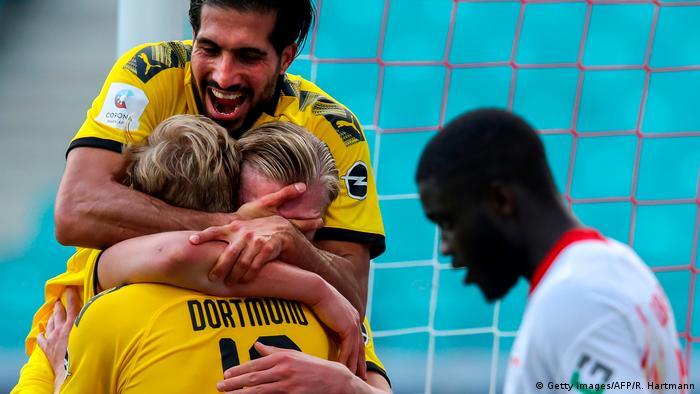 With a clinical and disciplined performance, Borussia Dortmund confirmed their place as the Bundesliga's second-best team.

The convincing victory over Leipzig ensured reason to celebrate, despite the obvious disappointment of yet another failed title challenge.

Lucien Favre has reinstated Dortmund as genuine title challengers in two seasons and on Saturday he out-foxed opposite number and lauded tactician Julian Nagelsmann.

Giovanni Reyna (17) and Mateu Morey (20) were handed their full debuts and both were impressive in replacing Jadon Sancho (benched) and Achraf Hakimi (suspended).

With Sancho linked with a move to England and Hakimi almost certainly returning to Real Madrid following a two-year loan, Dortmund fans were given a glimpse of a life without two of their star performers.

And both youngsters forecast a bright future.

Reyna provided a sublime first-touch assist for Erling Haaland to grab the opener on the half hour mark. The American has been given a few cameos this season but this was his first chance to stake a claim for a starting position. Reyna won't be able to replace Sancho's goal threat immediately, but his awareness, touch, and dribbling ability shone through in his 81 minutes.

Morey, meanwhile, made a few eye-catching forays forward, which bodes well for his quest to fill Hakimi's role. It's a promising sign for Dortmund as they plan for a more successful assault on Bayern's title monopoly.

Argentinian center-back Leonardo Balerdi (21) also arrived off the bench, while midfielder Tobias Raschl (20) was unused. Both are expected to play a more defining role next season.

With the added prospect of Erling Haaland having a full season with Dortmund - his second goal in injury time took his Bundesliga tally to 13 in 14 games - the club's prospects are very bright. 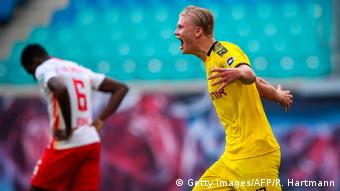 Of course, despite scoring a club record 84 goals this season, and improving their defense from last season, Dortmund were still not able to overtake Bayern.

An eighth season without a title has been heavily analyzed in the media and fan scene, with many feeling the last two seasons represented perfect opportunities for Dortmund to knock off their rivals.

"Bayern are deserved champions, we weren't good enough," Hummels admitted post-match. "Next season we want to move a place higher. The title must always be our goal with a team like this."

Anything less than the title next season will likely be deemed a failure too many. If Lucien Favre is still in charge next season, another trophy-less campaign will almost certainly signal the end of his spell at the club.

Whoever is in charge, the first glimpse of Dortmund's starting line-up for next season was encouraging. They were significantly superior in the first half and then dealt well when Leipzig's pressing game intensified in the second 45 minutes.

Dortmund's youth looks set to add value to the first team next season and old heads such as Mats Hummels, Emre Can, and Axel Witsel are already in place to guide them.

While Dortmund will need to replace Sancho and Hakimi with ready-made additions, able to adapt immediately to Bundesliga football, the signs in Leipzig suggest the club's mix of youth and experience has them agonizingly close to glory.