Borussia Dortmund adopt new definition of anti-Semitism — but what does it mean?

BVB have become one of the first German football clubs to adopt the IHRA's working definition of anti-Semitism. More clubs could follow, but what does it mean in the battle against anti-Semitism in football? 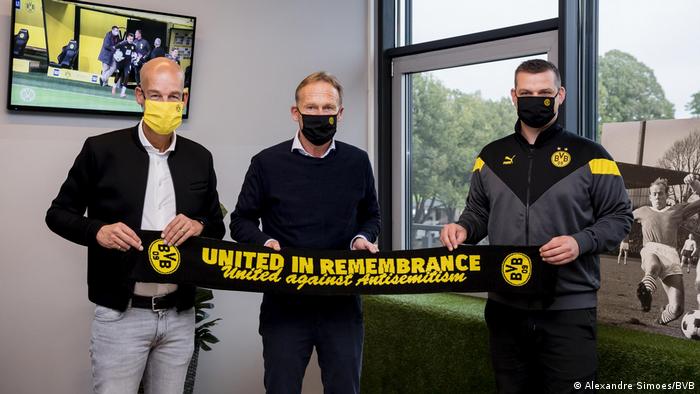 Borussia Dortmund officially accepted the International Holocaust Remembrance Alliance's (IHRA) working definition of anti-Semitism in its fullest this month, as they step up their engagement against far-right extremism.

Alongside Premier League giants Chelsea, as well as German fourth-tier outfit Tennis Borussia Berlin, Dortmund are among the first football clubs in Europe to adopt the definition, which states:

"Anti-Semitism is a certain perception of Jews, which may be expressed as hatred toward Jews. Rhetorical and physical manifestations of antisemitism are directed toward Jewish or non-Jewish individuals and/or their property, toward Jewish community institutions and religious facilities."

When it comes to combatting anti-Semitism, the definition is seen as important because it includes forms of modern-day anti-Semitism which are sometimes disguised as criticism of Jewish institutions, personalities or the State of Israel.

For Borussia Dortmund, the adoption of the definition represents the latest step by the Bundesliga side as they work to combat antisemitism, racism and other forms of right-wing extremism both within the club's support and in the city of Dortmund more generally.

The western city in the formerly industrialized Ruhr Valley is traditionally a social-democrat stronghold but some areas, like parts of the suburb of Dorstfeld, are also hotbeds of far-right extremism. Several far-right graffiti tags declaring Dorstfeld to be a "Nazi quarter" were recently removed by the authorities, while the extreme-right German Nationalist Party (NPD) has one seat on the city council.

Inevitably, the ideology has also manifested itself at Borussia Dortmund's 83,000-capacity Westfalenstadion, Germany's largest football stadium, where left-leaning ultras and other organized fan groups have been engaged in a tense conflict with right-leaning hooligans for control of the famous south stand, known as the Yellow Wall. 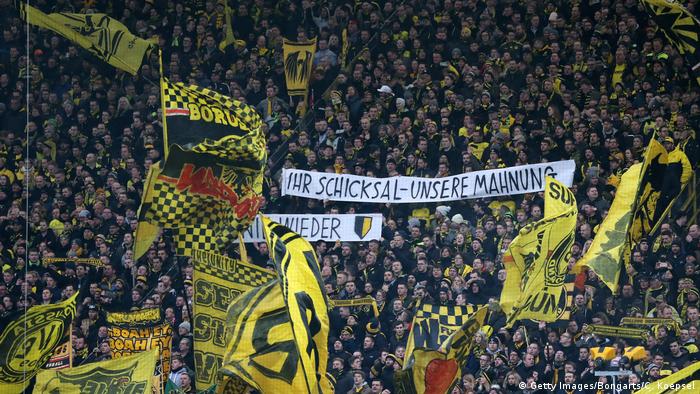 Over 900 Dortmund fans and employees have taken part in the club's educational trips to Nazi death camps.

For Daniel Lörcher, Borussia Dortmund's head of corporate responsibility, the adoption of the definition "raises awareness of the fact that [this definition] exists" and "lays important groundwork to help us take our program to the next level."

In recent years, that program has included subsidizing educational trips for supporters to former German concentration and death camps in Eastern Europe, and organizing events with Holocaust survivors. Now, Lörcher is keen to incorporate more modern forms of anti-Semitism, as defined by the IHRA.

"Many people have started asking themselves how they can get involved," Lörcher says, explaining how anti-racist fans have begun to network with each other in order to react to anti-Semitic incidents together should they occur. As a result, Lörcher hopes that Borussia Dortmund will gradually become "unattractive" for fans with extreme-right views.

"I think it would be great if such people were to tell their comrades they go to BVB games, only for their mates to ask: "Why do you go there? They're a club which takes action against anti-Semitism.' This can be a byproduct of our activities."

The problem of anti-Semitism is not limited to Germany, and Borussia Dortmund are not alone.

DW has learned the club has been in contact with Premier League side Chelsea with a view to sharing experiences and knowledge of fighting anti-Semitism among their respective fan-bases. The London club, which has also struggled with an extreme-right minority among its support, accepted the IHRA's working definition of anti-Semitism in January.

According to Lord John Mann, the British government's special advisor on anti-Semitism and one of the leading forces behind football clubs accepting the IHRA's definition, it's already having an effect.

"It has led people to change their approach. We've already had people apologizing for things they've said," he tells DW, emphasizing the unique position football clubs are in to influence and educate young fans.

"If a club like BVB can offer education to a 16-year-old fan sitting in their room abusing Jewish people on social media, or indeed anyone else, the chances of that succeeding are high," he explains. "The chances of anyone else getting to them, however, are very low.

"Dortmund is a big club with a big reach. If we'll get more big clubs, it will be easier for us to reach more clubs at grassroots level." 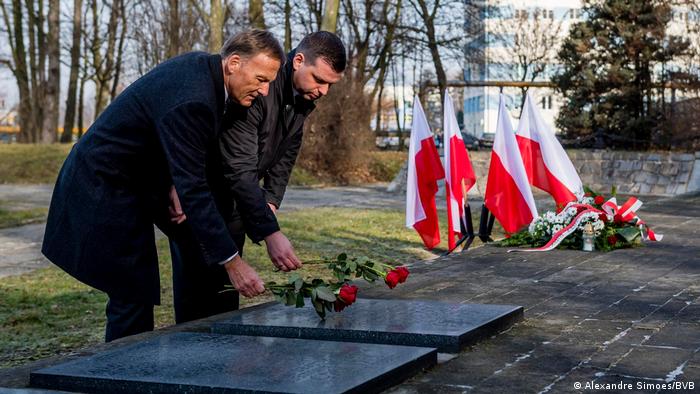 Over the past two decades, Borussia Dortmund have achieved considerable success when it comes to countering racist and anti-Semitic tendencies among their own fans.

The club has also taken steps to educate stewards and security staff about the social constructs behind anti-Jewish hatred, and how to recognize anti-Semitic behavior in the stadium.

The club's ultra scene is politically diverse and anti-discrimination initiatives such as Ballspiel Vereint! often present banners on the Yellow Wall in memory of victims of far-right violence, speaking out against homophobia and sexism and promoting Holocaust remembrance.

More Bundesliga clubs will be contacted in the coming weeks to encourage them to integrate the working definition in their anti-discrimination work, and DW has learned that some of the English Premier League's biggest names are also in advanced discussions aimed at accepting the IHRA's definition.

"We hope many more clubs will join us," said BVB's Cramer, as the campaign continues.