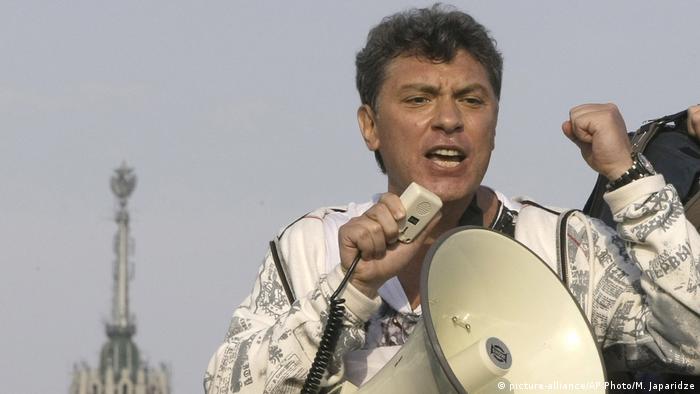 Boris Nemtsov, seen here in 2012, was gunned down in Moscow. The former deputy PM became a vocal critic of Vladimir Putin.

Thousands of Russians marked the sixth anniversary of the assassination of opposition politician Boris Nemtsov in Moscow on Saturday.

Nemtsov was one of President Vladimir Putin's loudest critics until he was shot and killed on a Moscow bridge near the Kremlin on February 27, 2015.

He briefly served as deputy prime minister in the late 1990s before breaking ranks with the government. 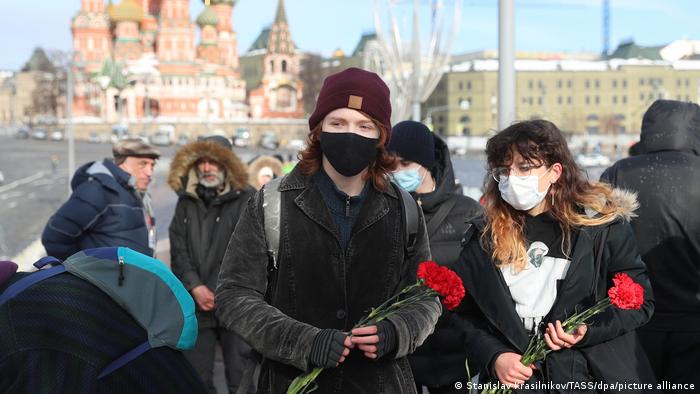 Supporters of Boris Nemtsov gather at the Bolshoi Moskvoretsky Bridge near Moscow's Red Square every year.

Nemtsov had been working on a report examining Russia's role in the conflict in Ukraine at the time of his killing.

A Russian court sentenced five men to between 11 and 20 years in prison in 2017 for their involvement in his murder.

But the slain opposition politician's family and supporters insist the authorities have failed to bring the masterminds to justice.

US Secretary of State Antony Blinken said he had "dedicated his life to building a free and democratic Russia."

"As we remember Nemtsov, we reaffirm our unwavering commitment to human rights and fundamental freedoms," Washington's top diplomat said in a statement.

"We remain deeply troubled by the Russian government's growing intolerance of all forms of independent expression." 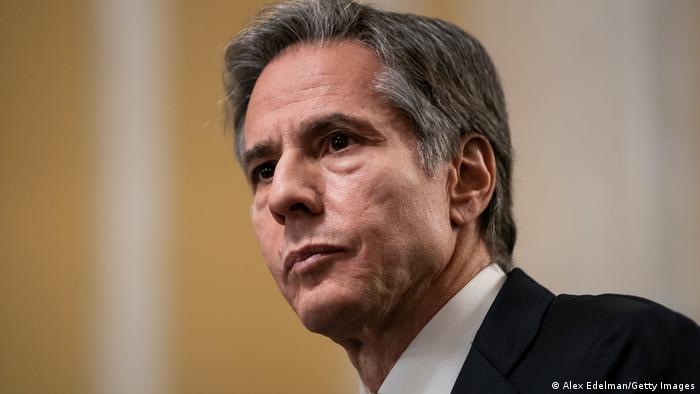 Russian news agencies said the ambassadors of several Western countries, including the United States, were among those who attended Saturday's commemoration.

The sixth anniversary of Nemtsov's death comes after Putin's current most-prominent critic Alexei Navalny was sent to a penal colony this week.

The 44-year-old opposition figure is serving a nearly three-year term that he says is politically motivated.

Beginning on Saturday morning, a steady stream of Russians and Western diplomats took turns laying flowers at a makeshift memorial at the spot where Nemtsov was felled with four bullets.

"He spoke the truth and for this, in our country, you get killed," Irina Drozdova, a 44-year-old lawyer, said as she paid her respects. 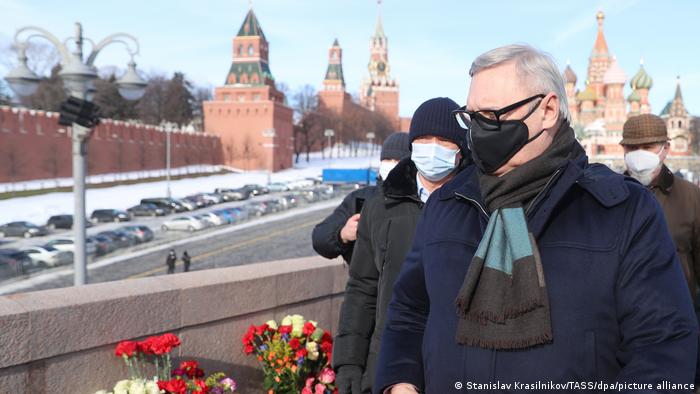 Former prime minister Mikhail Kasyanov said that Nemtsov's supporters wanted "to show the authorities that we have not forgotten and will not forget."

"I am sure that what Boris fought for — freedom for Russians, their well-being and a dignified life — will soon come about," he added.

Government opponents gathered at a makeshift memorial at the spot of Nemtsov’s killing because restrictions on mass gatherings are still in place due to the pandemic.

City workers have taken down the memorial on several occasions over the years.

Police detained eight people last week as they tried to lay flowers there, after it was dismantled by police.