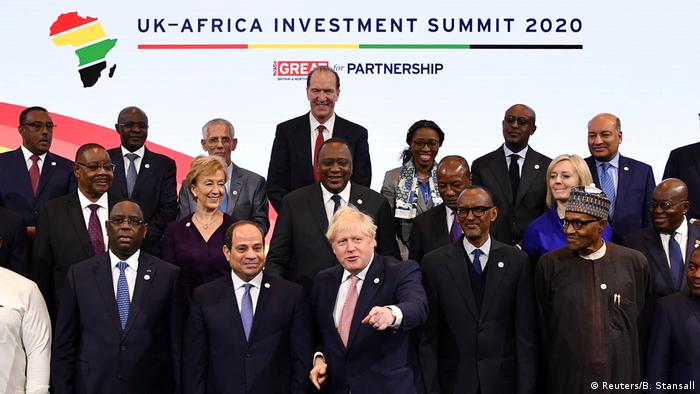 UK Prime Minister Boris Johnson on Monday called for Britain to be the "investment partner of choice" for Africa at the first UK-Africa Investment Summit held in London.

The summit came less than two weeks before the UK is due to formally leave the European Union (EU), with Johnson hoping to convince African leaders and company executives to make Britain their "investment partner of choice," while painting Brexit as a "new start" for the UK and trade with other nations.

Unlike other superpowers such as China and Russia, the UK appeared to have been comparatively slow when it came to increasing their diplomatic and economic presence in Africa.

Two-way trade with Africa in the year ending in the second quarter of 2019 was $46 billion (€41.5 billion), according to the UK's department for international trade. In contrast, Africa's two-way trade with the continents biggest trading partner, China, was $208 billion in 2019.

"The UK did have at times an old-fashioned view of the continent," Alex Vines, the director of the Africa Program at Chatham House told DW. "In fact, the international development footprint in Africa was very large, but the commercial and diplomatic footprint was smaller."

Over the past year, the UK appeared determined to leave its mark on the continent: It reopened its high commissions in Lesotho and Eswatini and also opened new embassies in Djibouti, Chad and Niger. It has also continued to expand its existing diplomatic network.

Vines also emphasized that "African countries are in a geopolitical situation where they have their own agency and choice. So obviously they will have good relationships at a bilateral level [with the UK] but also with the EU as a block, as well as China, India, the Gulf states and so on."

However, not all of the UK's original intentions were followed up on during the summit. "There are a few things that are in the keynote address and the speeches from British ministers that do look like a retreat," said Vines. "The original idea was that Britain should be the leading source of foreign direct investment of the G7 by 2022. Neither Johnson nor his ministers have reiterated that commitment that was made by the former Prime Minister Theresa May when she announced the summit."

Read more: Africa's vision for the future — much more than a free trade deal 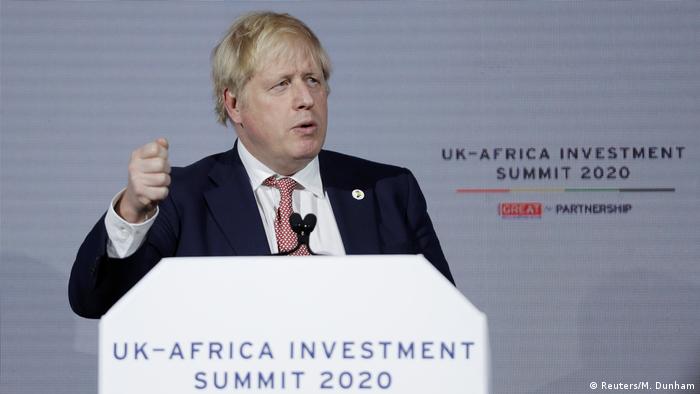 Johnson's pitch for African investment placed the focus on immigration, with the prime minster telling African leaders Britain would be more open to migrants from the continent,

"Our [immigration] system is becoming fairer and more equal between all our global friends and partners," Johnson told attendees. "By putting people before passports, we will be able to attract the best talent from around the world, wherever they may be."

Nigerian President Buhari had already highlighted the issue of visas in a column published in The Times newspaper on Monday.

"While many in the African diaspora enjoy considerable benefits from life in the West, they do not always feel at the heart of the community," he wrote. "A renewed sense that there are ties that bind us through the Commonwealth and a concerted effort to grow those links through trade could act as a spur to encourage togetherness and the certainty of belonging."

Johnson also announced a shift in investment strategy which promised a more sustainable approach to trade and aid, including eliminating its use of coal for energy.

"From today, the British government will no longer provide any new direct development assistance for thermal coal mining or coal power plants overseas," said Johnson. "Not a penny more of UK taxpayers' money will be directly invested in digging up coal or burning it for electricity." 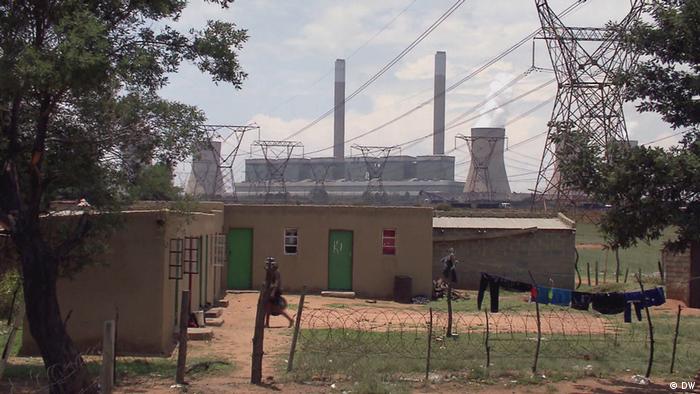 Read more: African free trade — ready for the next steps

Cashing in on Africa's economic momentum

The UK still has a long road ahead as it seeks to forge stronger ties with African states — several of which currently boast the world's fastest growing economies.

According to the United Nations (UN), GDP growth in Africa is projected to reach 3.2% in 2020 and 3.5% in 2021. Twenty-five African countries are also projected to achieve economic growth of at least 5% this year alone.

In its report, World Economic Situation and Prospects 2020, the UN reported that economic growth had slowed in all geographic areas last year except for Africa.

"Africa's economic potential is huge, with eight of the world's 15 fastest growing economies and a population set to double to 2 billion by 2050," said Alok Sharma, Britain's international development secretary.

With African investment summits seemingly being held increasingly regularly, observers are watching to see who will follow through on their promises to the continent.

"There are plenty of African investment summits, but the difference will be who actually delivers and if it can be transformed into a 'win-win' situation for Africa's economic growth," said Vines.

German Chancellor Angela Merkel has hosted African leaders for the third G20 Compact with Africa summit in Berlin. The initiative aims to boost private investment in Africa — but challenges remain. (19.11.2019)