Police said they were called to the home of UK Conservative leadership contender Boris Johnson after neighbors reported a fracas. The news came as Johnson and rival Jeremy Hunt prepared to launch their runoff campaigns. 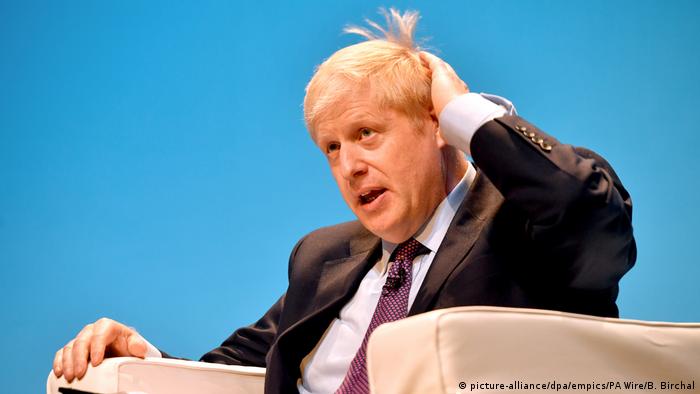 The race to become Britain's next prime minister was rocked on Saturday as the two contenders prepared to launch their rival head-to-head campaigns.

News that police visited the home of runaway favorite Boris Johnson was splashed across newspaper front pages, raising questions about whether it would affect his prime ministerial hopes.

The police visit was initially reported by the Guardian newspaper, which said officers were called to the home of Johnson and his partner, Carrie Symonds, in South London early on Friday.

A neighbor told the paper they heard a woman screaming, followed by "slamming and banging" and shouting between Johnson and Symonds. The newspaper said it had obtained a recording of the incident. 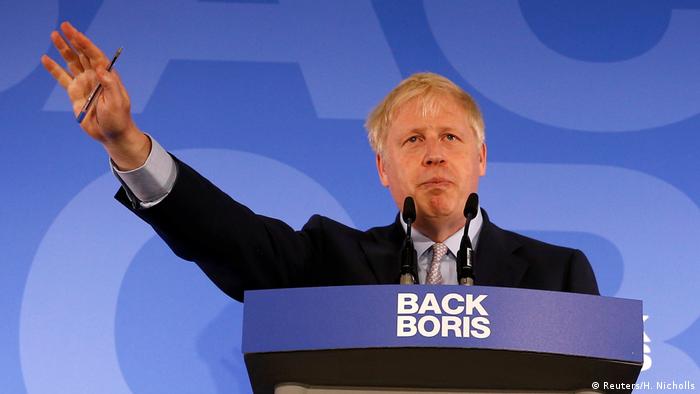 London's Metropolitan Police confirmed that officers had been to the address after being alerted by a phone call.

"The caller was concerned for the welfare of a female neighbor," the police said in a statement. Police attended and spoke to all occupants of the address, who were all safe and well."

"There were no offences or concerns apparent to the officers and there was no cause for police action."

It was unclear whether the news would have any impact on the Johnson's campaign. According to polling of Conservative Party members who will decide the contest, the former foreign secretary appears to have an unassailable lead despite a series of scandals over his personal behavior, and attention to detail.

Johnson is pitched against his successor at the Foreign and Commonwealth Office, Jeremy Hunt, after a string of votes by Conservative members of parliament to whittle down a broad field of contenders from 10 to just two.

The decision on which one will lead the UK as it approaches the looming Brexit deadline of October 31 will be made by some 160,000 Conservative Party members.

Hunt and Johnson appeared in the central English city of Birmingham on Saturday, for the first of 16 "hustings" in which candidates field questions from the membership.

When asked about the police visit, Johnson said he didn't believe people were interested."I don't think (audience members) want to hear about that kind of thing, unless I'm wrong," Johnson said.

"I think what they want to hear is what my plans are for the country and for my party."

With arch-Brexiter Nigel Farage's new Brexit Party outdoing the Conservatives in electoral polls, Johnson is viewed as the best hope to win back the Tories' euroskeptic core vote.

As the favorite, Johnson has been accused of shying away from scrutiny, having avoided television debates and media interviews.

Both men have said they aim to extract better terms for Britain's withdrawal agreement from the EU than Prime Minister Theresa May, who announced earlier this month that she would be standing down. Otherwise, both have said they are prepared to leave the bloc without a deal.

Britain's High Court has thrown out a lawsuit accusing Johnson of intentionally lying during the Brexit referendum campaign. This removes a potential hurdle to his Conservative Party leadership bid. (07.06.2019)

Ten candidates are vying for the leadership of Britain's oldest political party — and the keys to 10 Downing Street. Brexit brought down Theresa May and is expected to be the dominant debate among potential successors. (10.06.2019)