German tennis legend Boris Becker says he wants AfD lawmaker Jens Maier to face the full consequences after the latter directed racist abuse at his son. Becker said such behavior was typical of the far-right party. 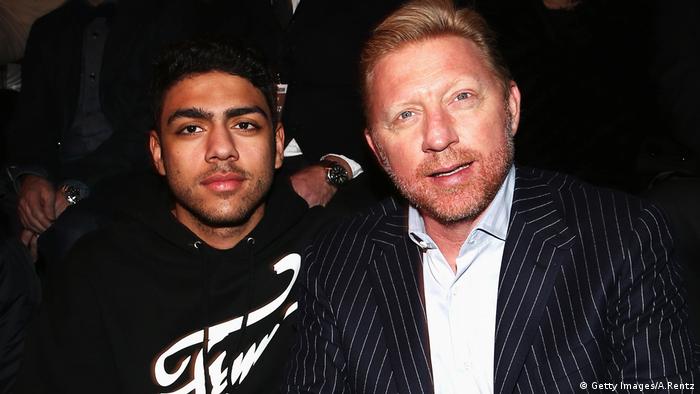 German tennis legend Boris Becker responded for the first time on Sunday to a racist tweet Alternative for Germany (AfD) lawmaker Jens Maier posted about his son, Noah Becker, who had an African-American grandfather.

After Maier denied that he had personally written the tweet in which he called Noah a "little half-negro," Becker said such excuses were typical of officials in the far-right anti-immigration party.

"Now a party staff member is supposed to have written the tweet," Becker wrote in a guest column for the German weekly Welt am Sonntag. "That's what the AfD always does; it's their trick: put something out there in the world and then distance yourself from it."

German tabloid Bild reported on Thursday that the Becker family was considering filing a lawsuit against Maier. The material released by Die Welt in advance of Becker's column made no mention of this.

Becker accused Maier of deliberately abusing his son for his own political gain. "An AfD official like Jens Maier doesn't say such things out of stupidity or fear," the three-time Wimbledon winner wrote, saying that the tweet was perfectly tailored to appeal to Maier's supporters, who would "lap it up."

Becker also appealed to the German public to fight against such racist discourse. "Racism can no longer be tolerated," he said. "No one is punished, no one has to pay for it, and in the end, unfortunately, we hush it up. This must stop!"

Becker also said he was proud of his son Noah's reaction to the incident, expressed in an interview with online magazine Vice  on Friday. "Noah formulated it wonderfully," Becker wrote. "He said that those who don't know the world, who haven't seen people with different skin colors or people who think differently, become scared when these people turn up in Germany."

"Noah wants to fight hatred with love," Becker added. "But I have to admit he's one step ahead of me. I want there to be consequences first."

Maier's tweet about Noah Becker was not the first time the AfD politician has made racist comments. At a conference in Dresden early last year, Maier criticized what he called Germany's "culture of guilt" about its actions in the Second World War and warned against the "creation of mixed races." He also described the far-right extremist National Democratic Party of Germany (NPD) as the "only party" that had always stood up for Germany.

His remarks forced the regional court in Dresden, where he presided as a judge for almost 20 years, to accuse him of "damaging the reputation of the judiciary in general and the Dresden Regional Court in particular."