A new book by an U.S. journalist on Mohammed Atta, allegedly the pilot of the first plane that flew into the World Trade Center on Sept. 11, 2001, reveals a man hooked on drugs and alcohol while living in Florida. 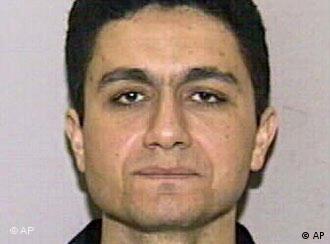 A religious Muslim, a party animal or both?

"Sex with Mohammed was horrible," Amanda Keller remembers. "He had no passion."

That's one of the more explosive sentences in the book "Welcome to Terrorland" by U.S. journalist Daniel Hopsicker on the life of Sept. 11 hijacker Mohammed Atta in Florida in 2000. 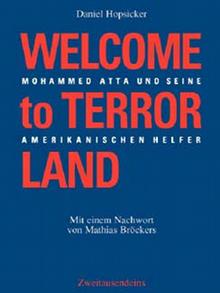 The 33-year-old, who is alleged to have flown the first plane into the World Trade Center in an attack that killed thousands, is portrayed by Hopsicker in the book as a swinging party animal, partial to alcohol, cocaine and night clubs and far removed from the devout Muslim student in Hamburg that the press largely focused on.

A model student in Hamburg

Atta, who best embodies the dangers posed by so-called "sleeper" Islamic terrorists, lived inconspicuously as a student in Hamburg from 1992 to 1999.

It wasn't until after the Sept. 11, 2001 terrorist attacks on the World Trade Center in New York and the Pentagon in Washington that intelligence led German security officials to the Hamburg al Qaeda cell allegedly masterminded by Atta.

Since then Atta's eight-year stay in Hamburg has been the subject of exhaustive media research. He has been described as a devout Muslim and socially aware model student by fellow colleagues at Hamburg's Technical University. Atta apparently led the local Islamic students' organization, lobbied successfully for a prayer room for Muslim students and eventually graduated from the university with a degree in urban planning.

Not so devout after all?

But Hopsicker's investigations of the time Atta spent in Florida in June 2000 while attending the Huffmann Aviation School in Venice cast an entirely new light on the man. Hopsicker interviews Amanda Keller, Atta's American ex-girlfriend who is now in hiding. A one-time stripper with dyed pink hair, Keller talks of a relationship with Atta heavy on the sex, drugs and rock 'n roll.

Keller says she met Atta at the pizza restaurant in Venice where she worked. Atta began to frequent the restaurant and engage Keller in conversation, frequently complimenting her on her "natural beauty." It developed into what Keller recalls as a rollercoaster relationship, that featured long trawls through local bars, cocaine snorted through rolled-up dollar bills and large amounts of beer, wine and liquor.

Keller says that their relationship ended when she met another man, once having sex with him while Atta was in the next room. In a fit of rage, she recalls, Atta carved up her six kittens and left them strewn around her apartment.

But Hopsicker's intimate details of Atta's lives have some baffled. Oliver Schröm, a German writer and filmmaker who has authored books on al Qaeda and terrorism, says he finds it hard to believe that such details did not come to light until two and a half years after the attacks.

"There's the famous testament that Atta wrote in 1996 which confirmed that he had difficulties with women and had never touched them," Schröm told DW-WORLD. He added that details of Ziad Jarrah's love life, another alleged Sept. 11 hijacker, were common knowledge after his Turkish girlfriend testified last August in a German court.

Apart from the steamy personal details, Hopsicker, an author, documentary maker and business news producer, allegedly spent two years digging up information and conducting interviews with dozens of people in Venice where some of the suspected Sept. 11 hijackers went to flight school.

Hopsicker claims that the details he uncovered, including the fact that the owners of the flight schools themselves were involved in drug operations and had dubious funding sources, were known to the FBI and CIA, but were deliberately kept secret. 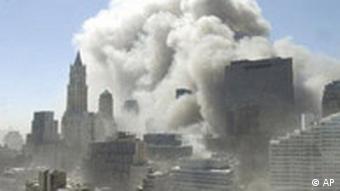 The author further claims that Atta was already a trained pilot before he came to the U.S. in June 2000 and that the flying lessons he took in Florida were meant to camouflage his actual activities. Atta, Hopsicker writes, was more involved at the time in preparing for and coordinating the Sept. 11 attacks than honing his piloting skills.

Hopsicker writes that the Venice airfield was the scene of a major drug smuggling operation in 2000 -- at the same time that Atta trained there -- that apparently was observed by the FBI, CIA and the U.S. Drug Enforcement Administration (DEA).

The author is convinced that U.S. authorities ignored the drug links in their investigations into Sept. 11 and says the attacks are nothing but the beginning of the "first worldwide drug war."

The book, which was published both in the U.S. and Germany last month, may sound to many like the musings of a conspiracy theorist. But Lutz Kroth, head of the publishing house that brought out the book in Germany, Zweitausendeins, told DW-WORLD that impression arises "only because our opinions have been greatly influenced by mainstream media."

Kroth, who says the book is among the "ten best selling books right now," added: "Hopsicker is the only journalist who researched at the scene of events, went from door to door, collected facts and basically did what we expect from the media -- continued digging when the police stopped."

Author and filmmaker Schröm, however, is unconvinced.

"As far as I know, Atta was a pretty uptight person," he said. "The whole thing sounds pretty dubious to me."

During a U.S. visit to discuss the use of biometric technology in the war against terror, German Interior Minister Otto Schily denied that his country knowingly passed on information on a Sep.11 hijacker to the CIA. (Feb. 25, 2004)

Judges in a Hamburg court on Wednesday convicted Mounir el Motassadeq of at least four charges in the world's first trial relating to the Sept. 11, 2001, terror attacks on New York and Washington. (Feb. 19, 2003)

Vanquishing the Ghost of Mohammed Atta

Berlin artist Stephan Hoffstadt has taken over the Hamburg apartment shared by Mohammed Atta and two members of the Hamburg terror Cell for the next three days. He hopes to normalize the image of the notorious address. (Oct. 26, 2002)