Brazil's president has appointed a new education minister after Ricardo Velez announced his resignation. Velez had sparked controversy with his radical positions, including a pledge to fight "cultural Marxism." 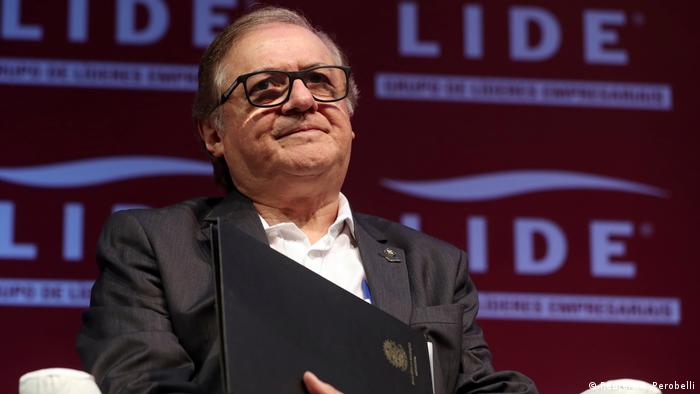 Brazilian President Jair Bolsonaro on Monday fired his education minister, Ricardo Velez, an ultraconservative who had sparked fury over a range of controversial measures.

Velez will be replaced by Abraham Weintraub, an economist, who was working at the University of Sao Paolo.

The country's new government has already suffered political scandals and a public row with congressional leaders over the president's signature pension reform policy.

What had Ricardo Velez proposed?

In the line of fire: Velez was part of Bolsonaro's cabinet when he took power on January 1 and is the second minister to be forced of the troubled administration in less than four months. In February, Gustavo Bebianno was fired from the general secretariat of the presidency over suspected improper campaign financing.

1946 coup: Bolsonaro has described the military junta — during which generals ousted then-President Joao Goulart and installed a military dictatorship for 21 years — as "glorious." He been quoted as saying that "the error of the dictatorship was that it tortured but did not kill." More than 430 people were killed or disappeared during the period.

Plunging support: Bolsonaro, who marks 100 days in office on Wednesday, has been campaigning to promote a raft of ultraconservative ideas and values. The president's approval ratings have plunged since January following his administration's rows and scandals.
Read more: Opinion: Jair Bolsonaro celebrates Brazil's dictatorship

Brazil's president has arrived for a four-day visit to Israel during which he is expected to sign "many agreements." The far-right leader's trip comes just ahead of Israel's closely contested elections. (31.03.2019)