Bolivia takes Chile to ICJ to get back lost coastline

Bolivia is taking its neighbor to Chile to court over access to the sea. The landlocked country lost its sea coast in a war more than a century ago, and in recent decades has regularly asked for access to be restored. 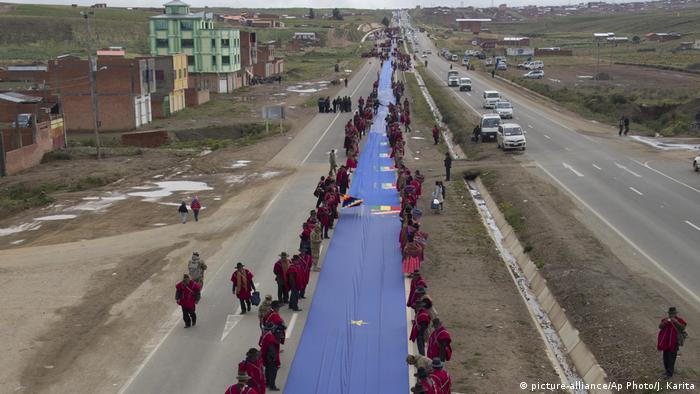 Bolivian Ambassador Eduardo Rodriguez Veltze made a demand to the International Court of Justice (ICJ) in The Hague on Monday, urging senior judges to force Chile into talks.

Bolivia, which lost its entire coastline to Chile in a war from 1879 to 1893, accuses Chile of reneging on promises to negotiate.

In their opening argument, Bolivian lawyers said they were not asking for a ruling, but merely to ensure "that Chile return to the negotiating table in good faith." 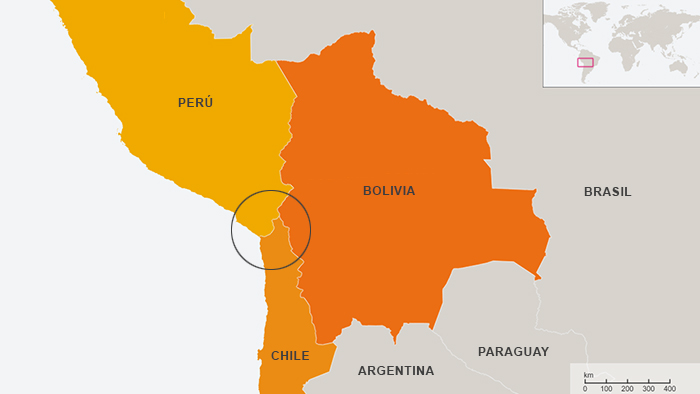 The present-day borders between Bolivia, Chile and Peru were fixed after the War of the Pacific

Bolivia has said it wants "sovereign access to the sea," a term thought to refer to the establishment of a land corridor and port under its control.

"For 150 years Bolivia has suffered the historical injustice of being landlocked," said lawyer and former Bolivian President Veltze. He added that Chile had repeatedly made many promises "to reconnect Bolivia to the sea."

Chile argues that the matter was resolved in a 1904 peace treaty that fixes the current boundaries, but in a 2015 ruling the ICJ decided that it had jurisdiction over the case.

Outside the court, Chilean Foreign Minister Roberto Ampuero told journalists that the Bolivian testimony "made a lot of references to history but did not have much accompanying elaboration on legal matters."

The War of the Pacific, which settled the current borders of Bolivia, Chile, and Peru, saw Bolivia lose some 400 kilometers (250 miles) of coastline.

Bolivia has the largest navy of any landlocked country in the world. Its boats patrol the country's Amazon tributaries and Lake Titicaca — the highest navigable lake in the world.

The Bolivian Navy also exists to keep alive the country's maritime sensibilities and each year turns out in full uniform for national Day of the Sea celebrations.

Earlier this month, Bolivian protesters unfurled a bright-blue flag that was some 200 kilometers long in a show of support for the country's legal request.