Judges at the UN's highest court have voted in favor of hearing Bolivia's case against Chile regarding access to the Pacific Ocean. The process could take months, but La Paz is celebrating the decision. 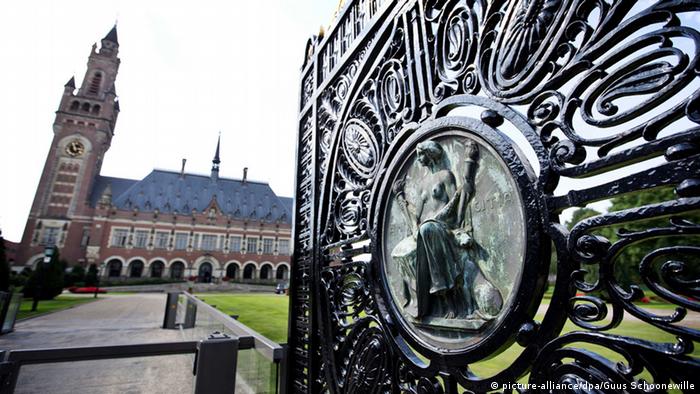 The International Court of Justice (ICJ) - the UN's highest court of arbitration between nations - voted 14-2 on Thursday in favor of hearing Bolivia's case against Chile seeking access to the Pacific Ocean.

"The matters in the dispute are not matters already settled by arrangements between the parties…or governed by treaties in force," said ICJ judge Ronny Abraham of France.

The ICJ's decision to take up the case - which may take months before a verdict is reached - does not mean Bolivia will receive a positive outcome, though Bolivian President Evo Morales said he was "enormously satisfied" with the decision.

People took to the streets of La Paz in celebration of the ICJ's decision, with many chanting "Ocean for Bolivia."

"We are a peaceful country, and I would like to…call on the government of Chile to accompany this process through dialogue," Morales said, according to AFP news agency.

However, Chile's President Michelle Bachelet criticized the decision, saying it "does not affect our territorial integrity."

"We maintain the firm conviction that the Bolivian demand is baseless, as it confuses rights with aspirations," Bachelet said in a televised statement.

Bachelet also accused Bolivia of "distorting the history" between the two countries.

The Chilean government slammed the decision on its official Twitter account, referring to a treaty signed by both countries in 1904.

Land-locked Bolivia lost access to the ocean during a war with Chile in the late 19th century.

Santiago alleges that the dispute cannot be taken up by the ICJ since it is entrusted with settling the matter in accordance with treaties signed between the two nations in 1904 and 1948.

The ICJ rejected Chile's claim on Thursday, saying that the treaties do not enforce Santiago's alleged right to settle the matter of "sovereign access" to the Pacific.

In July, Pope Francis commented on the matter during his visit to Bolivia, stating, "Dialogue is indispensable. Instead of raising walls, we need to be building bridges."

Bolivia filed the dispute with the ICJ in 2013.