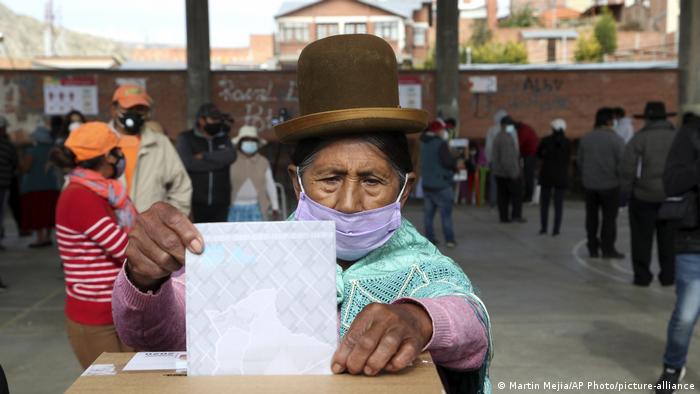 A long vote count began late Sunday after Bolivians voted in a presidential election that they hope can restore stability in the South American country. The vote is a re-do of last year's presidential election, which sparked violence, was ultimately voided and left the country in the hands of an interim presidency.

Bolivians will also get to select representatives for the 136-member Legislative Assembly.

The general election was originally scheduled to take place in May, but it was postponed several times due to the coronavirus pandemic.

The country's interim presidency is currently led by conservative Senator Jeanne Anez, who proclaimed herself leader in the aftermath of the 2019 voided election, with the backing of the country's courts. She ultimately ended her bid for the presidency, as she trailed in the polls.

"Patience, we must all be patient waiting for the results without generating any type of violence," said Anez, referring to the vote count, which may take days. "I assure you we will have credible results."

The front-runners are socialist Luis Arce — an ally of former-President Evo Morales — and Carlos Mesa, a centrist who served as president in the early 2000s.

To win outright, a candidate needs to secure more than 50% of the vote, or 40% with a lead of at least 10% over the second-place candidate. If neither candidate secures this, a runoff vote would be held on November 28.

Landlocked Bolivia is one of the poorest countries in the region, despite being resource rich. The election comes as it undergoes its worst economic crisis in 40 years, with GDP expected to contract by 6.2% in 2020. 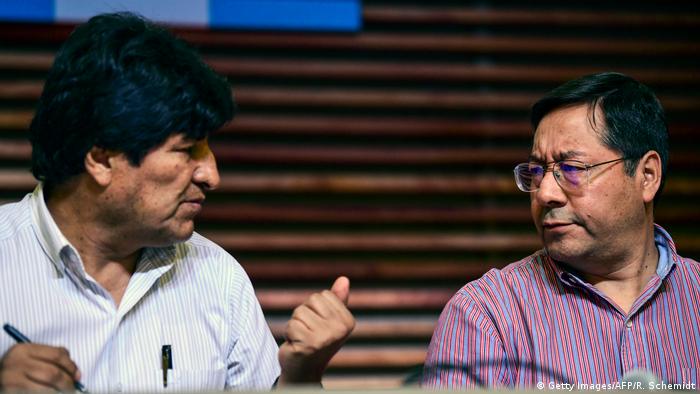 Bolivia erupted in violence in October 2019, when long-time President Morales was seeking a fourth term — despite the fact that he was not technically eligible to do so. The country's high court gave him the green light to run, even as he had lost a referendum asking Bolivians if the constitution could be amended to add a fourth term.

On Saturday, Bolivia's Supreme Electoral Court unanimously ruled against reporting preliminary vote totals as ballots are counted, advising that only the final tally should be reported, which could take up to five days.

The court said it wanted to avoid the uncertainty and violence of last year's election. But many worry that, given the country's high polarization, violence and unrest may follow regardless of who is declared winner. 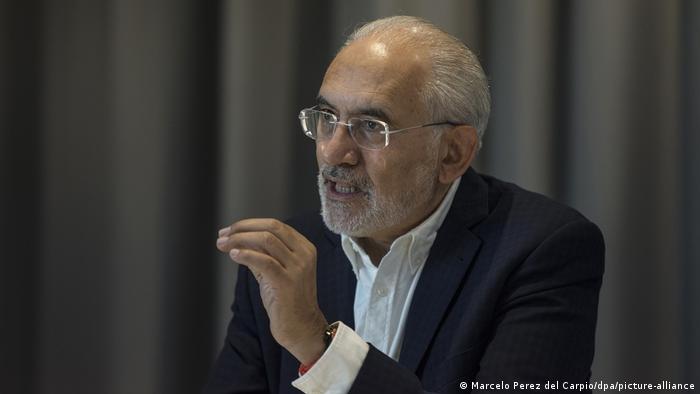 Sunday's election will be a major test of the left's clout in Latin America and the legacy of Morales, who was one the last leftist icons standing from a wave of leftist presidents that swept the region in the mid 2000s, for over a decade.

Read more: Bolivia descends into chaos ahead of elections

For his part, rival Carlos Mesa was Morales' challenger in the failed 2019 vote and he has campaigned on an anti-Morales platform, accusing the former president of sowing division and leaving the country with a bad economic situation.

Most polls have shown Arce with a lead, but likely not enough to avoid a runoff. In the runoff, analysts say Mesa could prevail by recouping the votes of the other two presidential candidates in the race, who are both conservative.

The sudden resignation of three ministers has revealed a deep split in interim President Jeanine Anez's administration. It is the latest crisis to rock her government before the country heads to the polls on October 18.

A former president of Bolivia and several ministers face arrest on charges related to an alleged coup against leader Evo Morales.