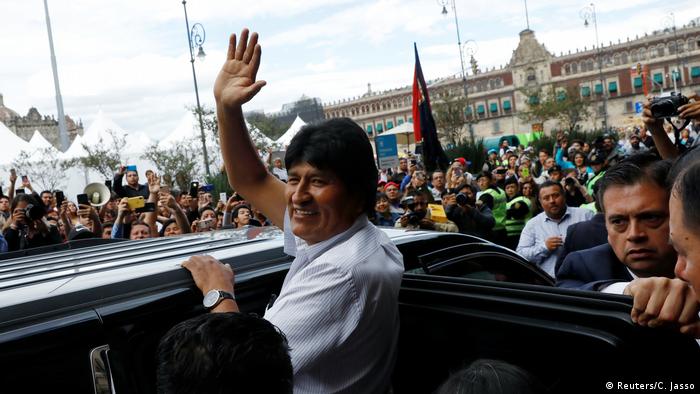 In its final report released on Wednesday, the Organization of American States (OAS) published details of "deliberate" and "malicious" tactics to rig Bolivia'sOctober election in favor of former President Evo Morales.

"The audit team detected malicious manipulation of the elections," the OAS said in its nearly 100-page report.

"Based on the overwhelming evidence, what it is possible to say is that there was a series of malicious operations aimed at altering the will expressed at the polls," it added.

The OAS also alleged that a hidden computer server was used during the election to tilt the vote toward Morales.

OAS findings included "deliberate actions to manipulate the result of the election" that make it "impossible to validate" the official results.

Morales rejected the claims, saying the OAS was "in the service of the North American empire."

Morales, who was seeking a fourth term as president, claimed a narrow victory in the October 20 election, but opposition parties accused him of rigging the results.

The leftist politician resigned on November 10 at the request of his country's military and fled to Mexico, where he was granted political asylum. After his departure, right-wing senator Jeanine Anez declared herself interim leader and authorized a new ballot that excludes Morales.

After Morales took asylum in Mexico, claiming he had been ousted in a coup, his supporters began protesting in the streets of the capital, La Paz. At least 30 people have died in clashes between protesters and security forces since the election — most of them since Morales resigned from his post.

Since declaring herself interim president, Anez has taken a number of measures to rewrite Bolivia's foreign policy. Breaking ties with socialist countries Cuba and Venezuela is one of her major decisions. Last week, the interim government appointed the country's first ambassador to the United States in 11 years in an attempt to reset ties with Washington.

Former Bolivian President Evo Morales arrived in Mexico after being granted asylum there. Stepping off the plane Morales credited the Mexican president with saving his life. (12.11.2019)