The EU, Colombia, United States and others have urged Bolivia to hold a second election round amid protests and delays in reporting results. Official results have President Evo Morales winning the first round outright. 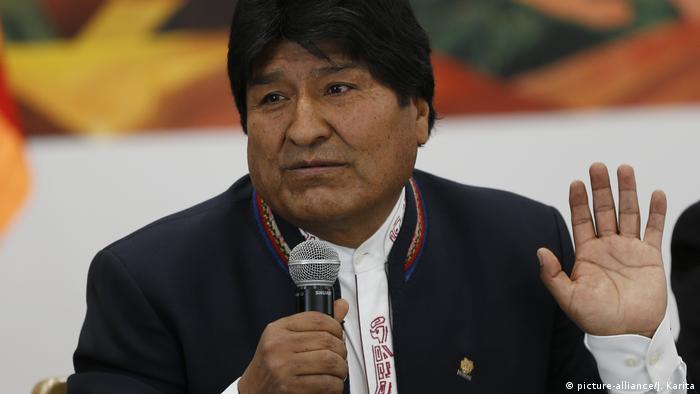 The European Union on Thursday backed calls from election observers for a runoff poll in Bolivia's controversial presidential election, following days of protests and allegations of vote-rigging.

"The European Union shares the [Organization of American States] assessment that the best option would be to make a runoff to restore trust and ensure full respect for the democratic elections of the Bolivian people," the EU said in a statement.

The bloc also called for parties to refrain from further violence.

The United States, Colombia, Brazil and Argentina also called for a second-round vote between President Evo Morales and his top challenger.

In a communique issued by Colombia's Foreign Ministry, the four nations said they "will only recognize results that reflect the will of the Bolivian people." 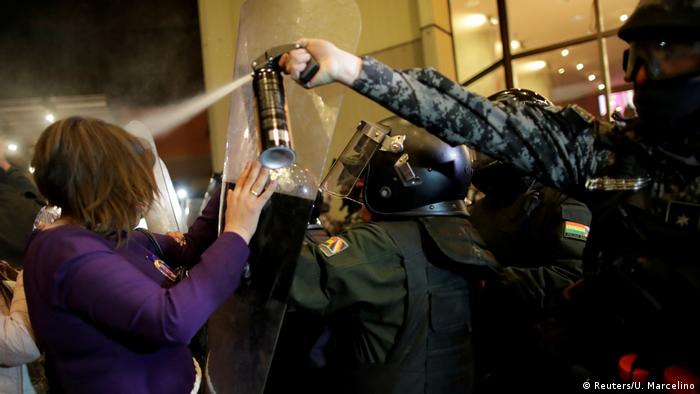 Earlier on Thursday, Morales declared himself the winner, with official results appearing to show him winning the first round outright.

With 99.99% of the ballots counted on Thursday night, leftist Morales took 47.07% while his center-right challenger, former President Carlos Mesa, took 36.51%.

The results narrowly gave Morales the 10 point lead necessary to avoid a runoff election, granting him a fourth term in office.

The final, official vote tally could still be delayed after electoral authorities announced voting would have to be held again in five areas in the Amazonian Beni region. Due to voting irregularities, a rerun of the vote will be held on November 3, although election officials said the results wouldn't change the outcome. 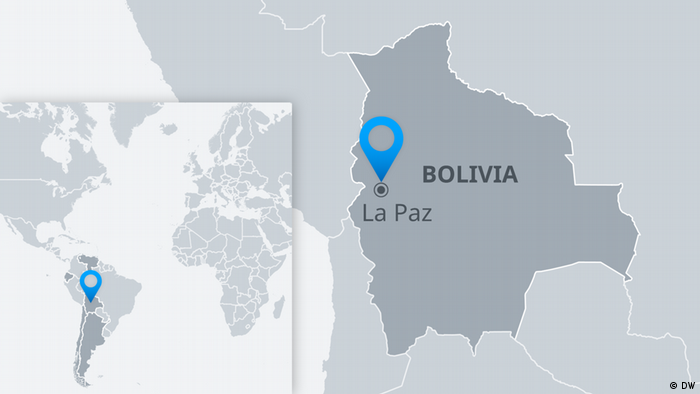 Bolivia has been rocked by four days of protests over allegations of fraud, while international election monitors voiced concern over an unexplained interruption in reporting the results of Sunday's election.

Bolivia's electoral authority took over 24 hours to count the last few percentage points of the vote. Before the delay, Morales had been leading the other eight candidates, but was falling short of the threshold to avoid a runoff election.

Morales has claimed that the opposition was attempting to stage "a coup" with outside support and that OAS election observers should be "evaluated."