Following pressure from abroad, Bolivian President Morales has agreed to an independent audit of his re-election. His main rival described the election result as a "result of fraud." 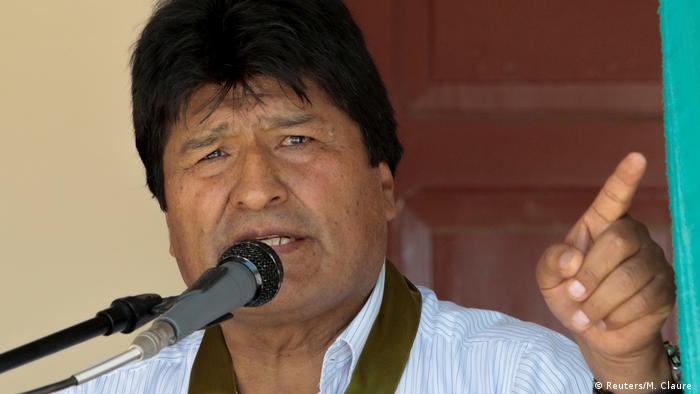 Bolivian President Evo Morales agreed on Saturday to an audit of this week's election. Morales was officially declared the winner on Friday, but protests erupted as the EU and other international bodies called for a second runoff vote.

Morales' main contender Carlos Mesa rejected Morales' victory and described the vote as fraudulent. On Saturday he described the election as a "result of fraud and a breach of the popular will."

However, the incumbent president refused to confirm that he would accept the result of such an audit as legally binding.

Under Bolivian electoral procedure, a president must receive more than 50% of the vote or lead by ten points in order to avoid a runoff. According to the official results, Morales claimed 47.07% of the vote while Mesa took second place with 36.51%, narrowly avoiding the need for a runoff.

Brazil, US and EU push for audit

Only Venzuela, Cuba and Mexico have sent official congratulations to Morales, with the United States, the European Union and Brazil among the countries that pushed him to allow a runoff.

Protesters blocked roads in parts of the capital of La Paz on Saturday to voice their dissatisfaction with the voting process.

Brazil is one of Bolivia's main trading partners, and said they would not recognize the result of the election until an official audit had taken place.

Socialist Morales has been president of Bolivia since 2006 and is one of Latin America's longest-serving leaders, as well as one of the first with indigenous roots.

President Evo Morales is leading in early returns from the presidential election first round, but appears headed for a runoff. Morales, South America's longest-serving president, is seeking a controversial fourth term. (21.10.2019)

Vote-counting has been slow since Sunday's election, resulting in nationwide protests. But after accusing opponents of attempting a coup, incumbent President Evo Morales now looks set for a fourth straight term. (24.10.2019)