Chile has been rocked by violent protests against President Sebastian Pinera. The unrest shows the country's ruling elite are woefully out of touch with ordinary people, says DW's Emilia Rojas-Sasse. 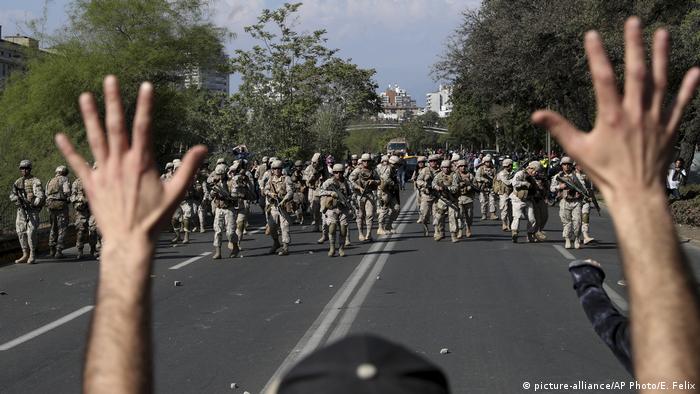 During the era of Chilean dictator Augusto Pinochet, the slogan "we are doing fine, and tomorrow we will be doing better" (Vamos bien, mañana mejor) became a kind of profession of faith in the country's neoliberal economic system. Both the slogan and the belief in neoliberalism are apparently still popular among Chile's privileged few — a view no longer shared by ordinary Chileans. They have taken to the streets of the capital, Santiago, and other cities in droves to express their anger at the country's severe economic and social inequality. After all, many Chilean families are seriously struggling.

Within just a few days, Chile has transformed from an oasis of stability into another Latin American flashpoint. The vehemence of the protests — which have lead to violence, deaths and vandalism — have come as a shock and must be condemned. Chile's government, meanwhile, has failed to find an adequate response to the most severe unrest ever since the country returned to democracy. Last Friday, when several Santiago metro stations were already engulfed in flames, President Sebastian Pinera celebrated his grandson's birthday at a pizzeria as if everything were in order. 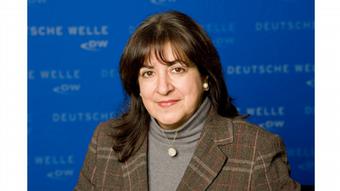 DW's Emilia Rojas-Sasse is an expert on Chile

Out of touch government

Apparently, Pinera had not grasped the severity of the crisis — and neither had his interior minister, who was incommunicado for hours. The decision to undo the metro ticket price hike, which had initially sparked the unrest, came too late.

As a result, the protest movement grew ever larger, with many Chileans feeling that their leaders are out of touch with ordinary folks. After a first wave of protests, for example, the Chilean economic minster recommend that citizens just get on the metro at times when tickets are cheaper.

There have been numerous such poorly judged and tone-deaf statements by Chilean decision-makers lately. Pinera on Sunday for instance described the protesters as a "mighty and unrelenting enemy" who has no respect for anyone and anything, saying that the country was now at "war." He subsequently declared a state of emergency and imposed a curfew. Surprisingly, the predominately young protesters largely ignored this curfew. That is because they, unlike the older generation which experienced Pinochet's rule, are not spooked when the military is deployed to maintain public order.

The biggest problem, however, is that there is no political force which is channeling this widespread disaffection. Many of the demands expressed by the protesters are legitimate, yet none of them can be fulfilled over night. What is needed is a fundamental reform of the health care, education and pension systems. This has been overdue for years. But neither demonstrations nor strikes, let alone violence, will make this happen. These demands will instead need to be implemented by representatives of the people, picked in free elections. That's how democracy works.

The Chilean government feels threatened and has therefore declared a state of emergency. But the country's opposition does not seem to know what to do, either. It is a disheartening situation for many people in Chile, as a political solution is desperately needed to alleviate the discontent of the Chilean populace. They have certainly had enough of hackneyed sayings like "we are doing fine, and tomorrow we will be doing better."

Days of violent protests in Chile leave many dead