Bolivian authorities are under pressure to deliver a free and fair election after Evo Morales's government collapsed amid protests and claims of electoral fraud. Here's what you need to know about the political crisis.

The anti-government protests have their roots in civil unrest triggered by a failed referendum to expand presidential term limits, a move seen by critics as a ploy by Morales to hold on to power. Despite his failure to secure a legally viable route to run for the presidency again, he decided to do so anyway.

That election went ahead on October 20. However, electoral authorities stopped issuing incremental updates to the vote count midway through the process, triggering concerns of electoral fraud. The authority then declared Morales the outright winner, saying he won a 10-percentage-point lead, effectively preventing a run-off vote.

Protests erupted the day after the vote, drawing hundreds to the streets in La Paz at first and then tens of thousands in the following weeks. At least three people have been killed and hundreds more injured in clashes with police. 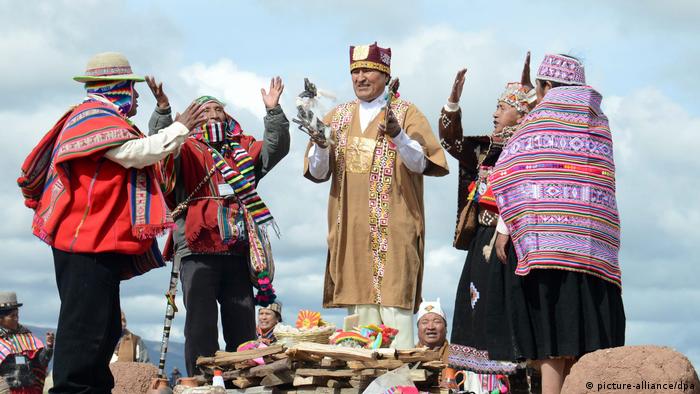 Evo Morales came into power with popular support from across the country, especially from indigenous communities

Who are the main players?

Evo Morales is at the center of the crisis. He became Bolivia's first indigenous president in 2006 and ruled the country until November 10. His presidency was characterized by leftist policies that diverted revenues from natural resources to indigenous communities.

Carlos Mesa, who served as Bolivia's president from 2002 to 2005, leads the opposition. The center-right politician has accused electoral authorities and Morales of stealing the vote. He called on Morales to resign and stand down from running for the presidency. 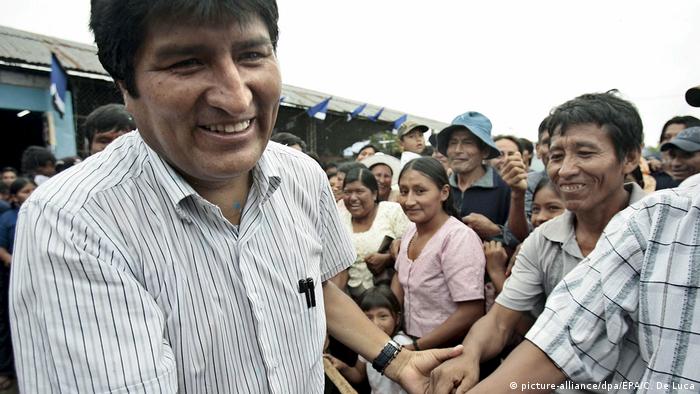 Why did Evo Morales resign?

Hours later, heads of the military and police demanded Morales step down in a bid to end deadly civil unrest. Morales then announced his resignation from his native coca growing region, with some describing the military's intervention as a coup d'etat.

Subsequently, Morales headed to Mexico, where he was granted asylum.

What are the international reactions?

Western nations have welcomed the news of fresh elections, saying it is necessary to guarantee a free and fair electoral process.

The EU's top diplomat, Federica Mogherini, said she supported "a new election with a renewed and independently appointed electoral authority." US Secretary of State Mike Pompeo said the new vote has the "full support" of the White House. "The Bolivian people deserve free and fair elections," he said.

Russia, instead, viewed the unrest as attempts to unseat Morales, describing it as as an opposition campaign of violence against the country.

Bolivia will now move forward with new presidential elections. However, it is unclear whether Morales will stand as a candidate. Mexico has offered to provide asylum to Morales if he decides to flee the country.