Morales vowed a fresh vote and reformed electoral body after the OAS uncovered grave "manipulations." But a call from the military for him to resign has upped pressure on the leftist leader. 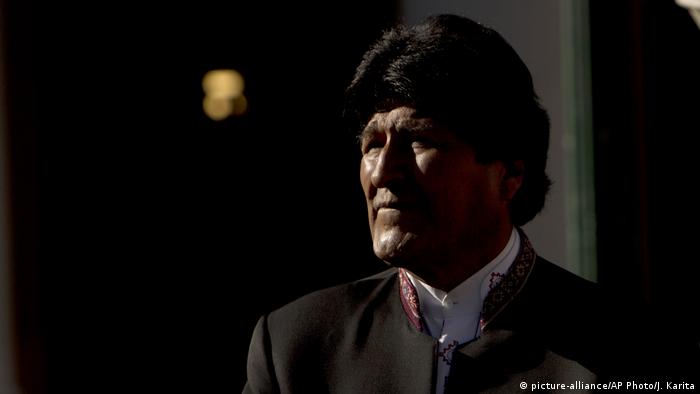 Bolivian President Evo Morales on Sunday called for fresh elections after the Organization of American States (OAS) found grave irregularities in the October vote. The move was soon followed by the opposition and Bolivian military backing calls for the embattled leader to resign.

Morales earlier on Sunday said the upcoming presidential election would take place under a reformed electoral body. Critics have accused electoral authorities of handing an outright victory to Morales despite his failure to garner enough ballots to avoid a second-round vote.

"I have decided to call for new national elections so that the Bolivian people can elect its new government in a democratic manner," he was quoted as saying.

Calls for Morales to step down

But calls for Morales' resignation have become louder, with the military becoming the latest voice suggesting that he step down.

"After analyzing the internal conflict situation, we ask the president of the state to renounce his presidential mandate, allowing for peace to be restored and the maintenance of stability for the good of Bolivia," the commander of the country's armed forces, Williams Kaliman, told reporters on Sunday.

The commander of the police, General Vladimir Yuri Calderon, also called on Morales to step down.

Bolivian Senator Oscar Ortiz of the Social Democratic Movement told local media that "those who committed fraud" should exclude themselves from the upcoming electoral race.

Ortiz called on Morales to respect the results of a failed referendum earlier this year to expand presidential terms. He said Morales should recognize that he shouldn't run for office. Opposition candidate Carlos Mesa backed that view.

The electoral body "isn't the only one responsible for the fraud," Ortis said.

Morales has not yet said whether he will run again, but previously accused the opposition of trying to stage a "coup" against him. 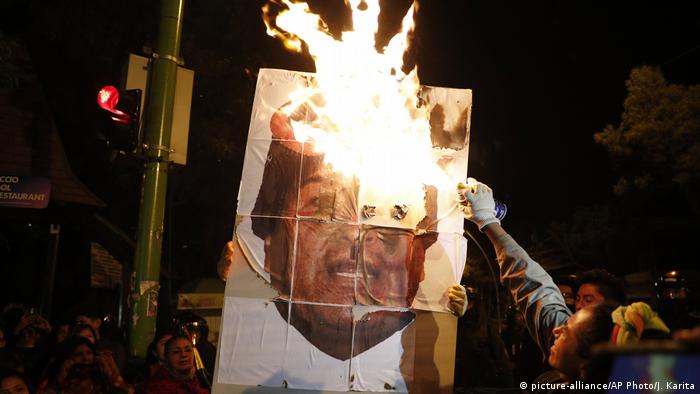 In its damning report published earlier Sunday, the OAS said it was statistically unlikely that Morales had captured a 10-percentage-point lead. Under Bolivian law, such a lead would secure an outright victory for the candidate and prevent a second-round vote.

"The manipulations to the computer systems are of such magnitude that they must be deeply investigated by the Bolivian State to get to the bottom of and assign responsibility in this serious case," the OAS report said.

"The first round of elections held on October 20 must be annulled and the electoral process must begin again."

The protests over electoral transparency and Morales' subsequent announcement also come after nearly a month of demonstrations, some violent, in the area of Potosi, where a joint Bolivian-German venture had planned to build a factory for electric vehicle batteries and a lithium hydroxide plant.

The Salar de Uyuni in the southwestern part of the country is the largest salt flat in the world, and also believed to be the world's largest unexploited lithium reserve.

The project would have met a key need for battery metals such as cobalt, nickel and lithium, as the German auto industry scrambles to build more electric cars and cut greenhouse gas emissions. It was, however, canceled earlier this month by the Bolivian government.

The Potosi Civic Committee, which had been organizing the demonstrations, said that the project would not benefit local communities and that profits would go only toward government elites and foreign firms.

On Sunday, the Bolivian Armed Forces said it ordered land and air operations to "neutralize" armed groups that act outside laws. 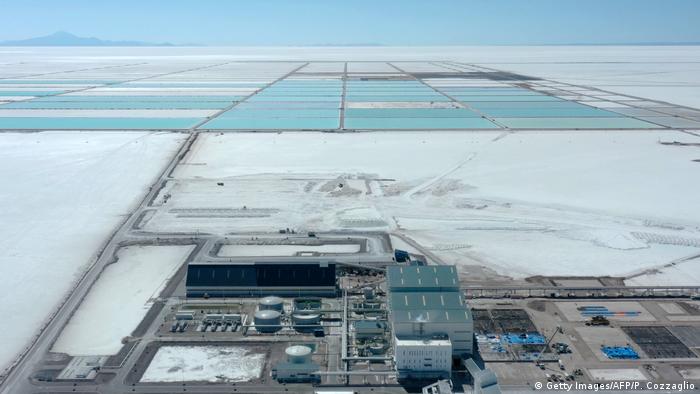 Bolivia is believed to have the world's largest unexploited lithium reserve

The German company ACI Systems Alemania (ACISA), which bills itself as a "strategic partner for lithium extraction in Bolivia," told DW it was shocked by the decision and was not informed personally. However, it later said it was "confident that our lithium project will be resumed after a phase of political calmness and clarification."

But Heiner Marx, director of K-UTEC Salt Technologies, a German company hired by ACISA to work on project planning, told DW that for the project to move forward, emphasis needed to be given to local communities.

"The local civil committees should also benefit from the extraction," Marx said. "At the moment, they have only been offered 3% of the profits. We know from our work in Argentina and Chile that the local population gets between 8% and 10%. In my opinion, this is also justified."

Bolivia's president has hit out at police units in four regions for rebelling against the government amid mass protests. Evo Morales could struggle to get through his fourth term without the support of security forces. (10.11.2019)