Unrest in Bolivia has been ongoing since President Morales' controversial reelection amid accusations of vote-rigging. The top opposition leader has arrived in the capital demanding the president's resignation. 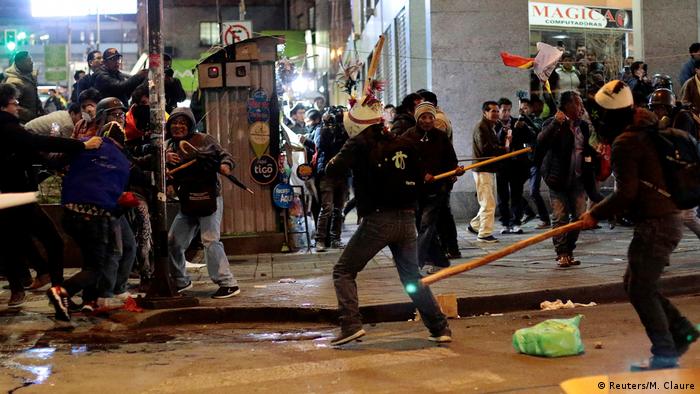 A student was killed as civil unrest continued on the streets of Bolivia on Wednesday. Pressure on President Evo Morales to resign over opposition accusations of corruption related to his recent reelection is increasing.

The 20-year-old student died following violent clashes between pro- and anti-government protesters in the city of Cochabamba, a doctor at the local hospital told the news agency AFP. Roughly 20 more people were injured in the clashes, according to Ombudsman Nadia Cruz.

President Morales reacted on Twitter to the developments. "I express my deep regret for the death of young Limbert Guzman, an innocent victim of violence promoted by political groups that encourage racial hatred among Bolivian brothers. I reiterate my call for social peace."

Camacho, a civic leader from the eastern city of Santa Cruz, plans to head for the presidential palace to give an already written resignation letter for Morales to merely sign. 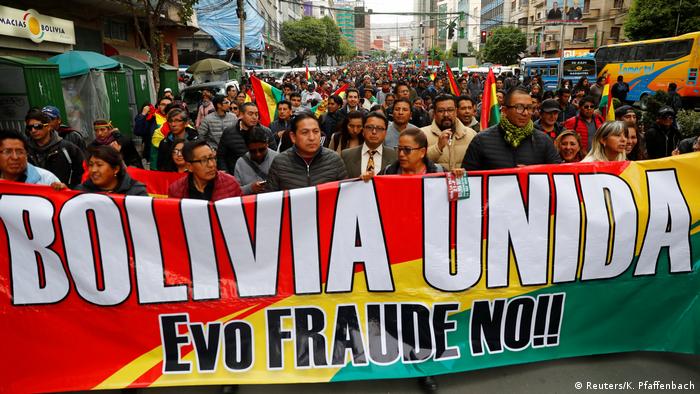 Carlos Mesa, who was Morales' nearest rival in the election, met Camacho at the airport upon his arrival.

"I think this is a fundamental moment for the opposition that believes in a democratic response and a peaceful way out," said Mesa, who has joined the chorus of disapproval over Morales' electoral victory.

Morales, who has been in power since 2006, has defended his victory, claiming that the opposition is trying to lead a "coup" against him and that his rivals were to blame for the violent response.