Sophia was trying to hitchhike from Leipzig airport to her hometown in Bavaria when she went missing. Friends and family have accused right-wing groups of instrumentalizing the case. 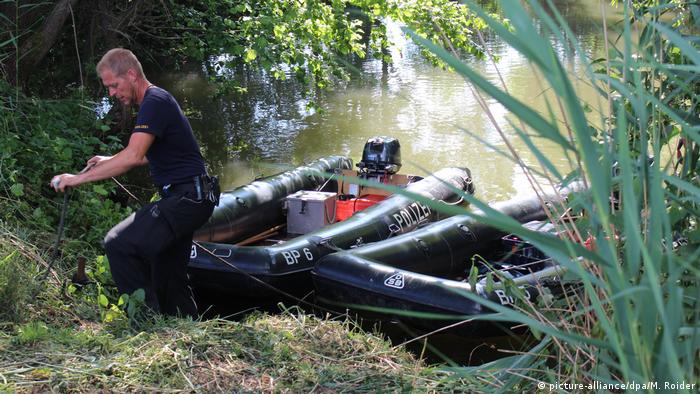 The 28-year-old Leipzig woman went missing a week ago while hitchhiking in Germany. The case has sparked a small media frenzy in Germany as police attempted to track her down.

Spanish police found the body of a woman showing signs of violence next to a gas station in Asparrena in northern Spain, near Bilbao, the news agency Europa Press reported, citing investigators.

Spanish paper El Correo reported police were assuming the body belonged to the Leipzig woman and had informed German authorities. Leipzig police could not confirm the reports.

Sophia L. was attempting to hitchhike 300 kilometers (186 miles) south from Leipzig to her hometown Amberg, near Nuremberg. She was last seen at a gas station in Schkeuditz, near Leipzig airport, where she took a lift with a truck driver.

On Tuesday, authorities announced that a man, reportedly from Morocco, had been arrested in Spain on suspicion of killing the student.

Her friends have railed against right-wing groups, who they accuse of instrumentalizing the case to advance xenophobic views.

"Unfortunately, lurid articles are still circulating on the internet and Sophia's case is being used to create a mood against immigration policy, against foreigners and an open society. These media sentiments and the many self-righteous comments can hardly be surpassed in abomination," a group of friends wrote on social media.

Her brother, who first reported her missing, wrote in a public letter: "Sophia would under no circumstances want racist agitation to take place at her expense, as has already happened in some cases."

The latest crime statistics show Germany is one of the safest countries in the world but people say they feel less safe than ever. Interior Minister Horst Seehofer is to present the crime statistics for the first time. (08.05.2018)

We know who killed hitchBOT, the world's most beloved hitchhiking robot

Over the weekend, a loveable, harmless robot was found decapitated on the outskirts of Philadelphia. There's only one possible explanation for who did it: the CIA. (05.08.2015)

'We need better training for women in tourism'

One in 10 jobs on the planet is linked to tourism, according to an industry body. Can tourism improve the living standards of women, or the environment? DW spoke to Jane Ashton, director of sustainability at TUI Group. (22.06.2017)