The three major shareholders in the family company BMW have donated 690,000 euros to Chancellor Angela Merkel's Christian Democrats. The timing of the postelection windfall has prompted lobbying allegations. 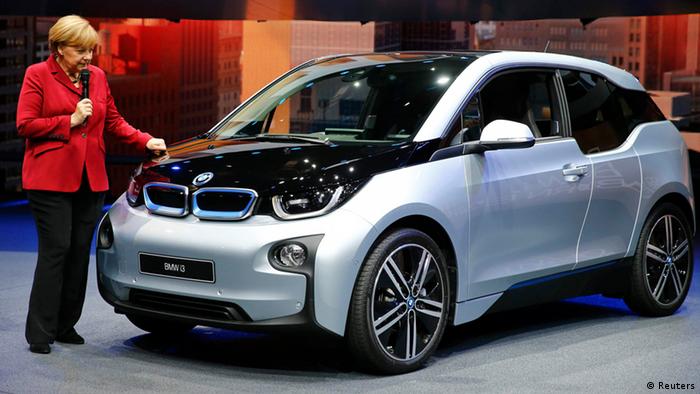 BMW's major shareholders Johanna Quandt and her two children Stefan Quandt and Susanne Klatten each donated 230,000 euros ($310,000) to the Christian Democrats. The transfers went through on October 9 and were made public by the German parliament on Tuesday; the CDU confirmed the receipt.

The family behind BMW, based in the conservative heartland of Bavaria, is a traditional source of CDU income. The trio donated a combined 450,000 euros after the last election.

According to the parliamentary report, the BMW bigwigs had decided to make the donation at the beginning of the year, but wanted to wait until after the election so they didn't affect it.

The timing of the windfall prompted criticism, however, as the news broke hours after Germany blocked EU efforts to establish tougher carbon-dioxide emissions targets for passenger cars as of 2020. BMW's high-end fleet of cars tailoring to executives and long-distance travelers has an above-average emissions output compared to much of the European competition.

On October 22, the parliament Germany elected on September 22 will come together for the first time. As government coalition talks get underway, it is clear that many questions remain before a chancellor can be chosen. (04.10.2013)

"The largest single donation so far in this election year was transferred not even one month after the election. That begs the question whether the Quandt/Klatten family was actively trying not to be seen taking sides in the vote," Christina Deckwirth from the LobbyControl organization said. She also acknowledged the "proximity in terms of time" to Monday's decision not to introduce stricter environmental targets for cars as of 2020.

Putting the brakes on Brussels

Germany pressed to delay the legislation until 2024, although EU Climate Commissioner Connie Hedegaard said in Luxembourg on Monday that she hoped the European Parliament could salvage the deal before the end of the chamber's term next May.

News of Tuesday's donation from a major carmaker was the lead story around the country, possibly because it coincided with Merkel's second round of exploratory talks considering a coalition government with the ecologically oriented Green Party. Following the meeting, the Greens announced they were halting negotiations over a possible coalition.

The opposition Social Democrats (SPD), who finished second to Merkel's CDU in the September 22 election and are the in talks with them over a "grand coalition" government, said on Tuesday that such donations didn't help the public perception of politics.

"The timeframe tying this to Merkel's standing up for the interests of the auto industry only adds weight to those who criticize the process of politicial donations," the SPD's deputy parliamentary floor leader, Joachim Poss, said.

The Left Party went further in its criticism, with deputy floor leader Klaus Ernst calling the donation "the crassest example of politics selling out in a long time." Ernst told the daily Leipziger Zeitung that the deal showed that "BMW has Merkel in its pocket," suggesting that the matter might come under scrutiny in the Bundestag.

Stefan Quandt holds a 17.4 percent stake in BMW, his mother Johanna has 16.7 percent, and Susanne Klatten owns a 12.6-percent share. Diversified holdings make up the remaining 53.3 percent share in the Bavarian automotive giant.

This year to date, the CDU has received 1.41 million euros from major donors, out of 2.14 million euros across all Germany's parliamentary parties.