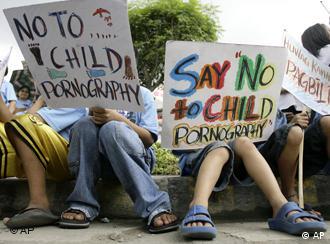 Germany's family ministry recently suggested creating a list of Web sites that contain child pornography and blocking access to them. But the plan was eventually dropped after civil rights - and even victims' rights - groups opposed the proposed law.

The government's decisions to shelve the plan was the right one, according to Yaman Akdeniz, the director of British Cyber-rights and Cyber-liberties organization and an expert on the legal issues surrounding child pornography.

He told Deutsche Welle that such technology-based blocks are not always effective and don't help children who have been sexually abused.

Deutsche Welle: What are some of the technology-based measure being used around the world to fight child pornography and how effective do you think they are? 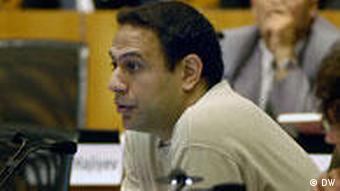 That sounds similar to a German plan that's been put on the shelf now. What do you think of the German government's decision not to block access to Web sites with child pornography? 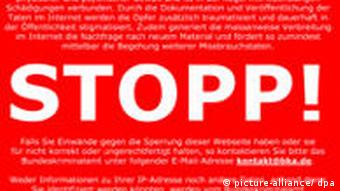 First of all, there are questions marks about the effectiveness of such a system. I don't know the exact details of the system in Germany or why the system was dropped, however, these systems are not 100 percent effective. There are issues of transparency - nobody knows what's being blocked and nobody knows what the criteria are for blocking. Secondly, these systems only prevent accidental access to such Web sites. If anybody wants to deliberately access these Web sites, they will somehow find the technological means to access them. These preventives tools and technologies are never 100 percent effective in blocking access.

Technologists are also developing what we call circumvention technologies to bypass the blocking or censorship mechanisms. These are used, for example, in China to fight political censorship, but they can also be used to bypass blocking mechanisms for any other types of content. Real hardcore pedophiles or anyone else who wants to access these Web sites will find the means to access them.

In a sense, blocking access to these Web sites does not necessarily make the problem go away. We just push it off our computer screens - whether in Germany or the United Kingdom or any other country - but that doesn't necessarily mean the serious problem of sexual exploitation of children and child pornography disappear from the Internet.

Is there a technological way to help the victims of child pornography? 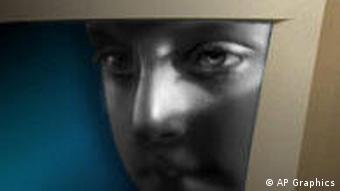 New images of abused children are appearing on the Internet

From a policy development point of view, I think the emphasis of policy initiatives should be preventing sexual exploitation of children.

For example, there is concern that there are more new, exploitative images coming online because most people have digital cameras or telephones. That means real children are being abused somewhere around the globe. Policy makers and police need to concentrate on identifying these children and saving them.

First the abusers then the commercial distributers need to be targeted and then policy makers need to worry about the people who download or view child pornography and prevent them from accessing or viewing child pornography. I'm not here to say that's not important, but we need to prioritize and there are more important things to be done in the fight against child pornography.

Do you think the Internet has made it easier to spread child pornography or increased access to it? 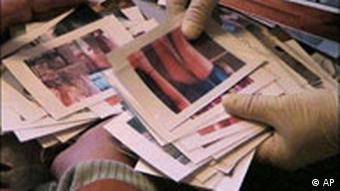 Police have had some success in cracking child pornography rings

But when you look at the prosecution statistics, especially in the United Kingdom and the United States, there were only a handful of prosecutions back in 1995 because the police in both countries were not in a position to find the criminals and they didn't come in contact with pedophiles because they were circulating their images in secrecy.

Now they do it on the Internet, which has resulted in several successful operations, and in the UK police are now averaging over 1,000 prosecutions every year for child pornography offenses. In the United States that number reached about 1,500 a year, and has been such since about 2001. A lot of people are being prosecuted for child pornography related offenses because they leave digital traces. Easy accessibility and visibility, perhaps, turned into better policing and more people are being prosecuted - as a result of which, I hope more children will be saved from these abusive environments.

We can't just blame the Internet. The Internet has also been beneficial.

A petition against legislation designed to block harmful websites, such as those dedicated to child pornography, has collected more than 50,000 signatures after being posted online four days ago. (08.05.2009)

Five Internet Service Providers commit themselves in a deal with the German government to block child pornography websites. (17.04.2009)

German internet providers have grudgingly agreed to block websites containing child pornography. Critics say their deal with the government won't make much of a difference. (17.04.2009)