Black Pete: tradition or ′throwback to slavery′? | Europe| News and current affairs from around the continent | DW | 28.10.2013

Harmless Christmas tradition or a a celebration of racism? The black-faced helper of Saint Nikolaus, "Black Pete," has been a subject of debate for years. A UN statement on the subject has stirred up passions once more. 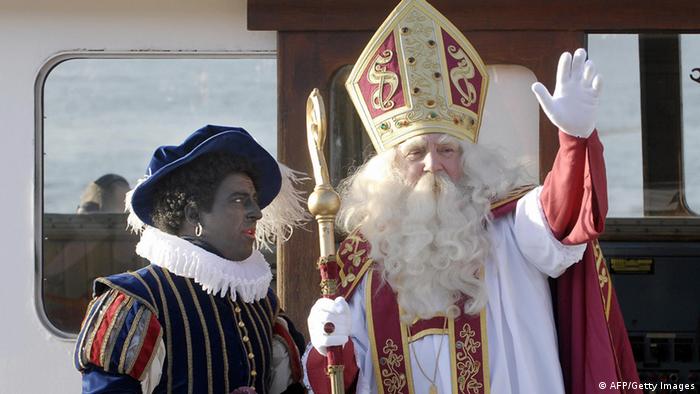 The Dutch take tradition seriously. And their beloved Black Pete, or "Zwarte Piet," they fear, might now be in danger.

With his face painted black, colorful knickerbocker pants and curly-haired wig, Saint Nikolaus' second-hand man in Dutch tradition has also been at the center of a racism debate that began in the 1990s.

Now, the story has another layer. A UN human rights commission took on the topic, and Verene Shepherd, who chaired the working group, did not mince words when delivering its findings.

The festival, said the Jamaican-born commissioner, was "racist" and a "throwback to slavery. She further added that the custom should be abolished.

Shepherd's words struck a chord with many citizens of the Netherlands who had lodged complaints related to Saint Nikolaus' helper. Amsterdam artist Quinsy Gario felt a sense of solidarity, one that led to his arrest at a Saint Nikolaus parade in 2011. He filed a suit against the "colonial relic" at the European Court of Human Rights. 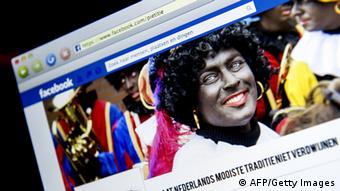 Supporters of the pre-Christmas tradition united via a Facebook page that, accumulated more than one million fans within 24 hours; a few days later, the group had reached two million "Likes."

"Hands off our Pete," one demanded. The Dutch festival, the fan wrote, is "one-of-a-kind, innocent and friendly."

But the opponents of Black Pete have also taken to the web for a virtual showdown. Historian Roelof Jan Minneboo set up the "Black Pete is racism" Facebook group - and received death threats as a result.

"We don't take that seriously," he told DW. "It's easy to write a death threat at your computer."

What troubles him far more are the large numbers of Dutch people who wouldn't consider themselves racist but who use racist language - "like on Facebook," he says. For the historian, the real issue is that the figures of "Sinterklaas" and "Zwarte Piet" reinforce outdated caricatures.

"There's a white guy on a horse, and he is served by a lot black people. They're still jolly fellows, they still sing and dance, they're still acting a bit silly. And that's a stereotype."

Similar discussions have taken place in Germany recently regarding the application of such stereotypes - particularly in children's books. In Astrid Lingren's "Pippy Longstocking," the "negro king" character was rechristened the "South Sea king" by the publisher. In Otfried Preussler's "The Little Witch," the word "Negerlein," or "little negress" - a term considered socially acceptable when the book was published in 1957 - was removed in early 2013.

Critics contend that in doing so, however, a cultural good has been falsified.

As for changing the tradition, historian Albert van der Zeijden of the Dutch Centre for Folk Culture and Intangible Heritage told DW it should be done "in a gradual way."

"If an organization like the United Nations is going to tell us how we have to celebrate our Saint Nikolaus feast, that will only raise opposition to it." 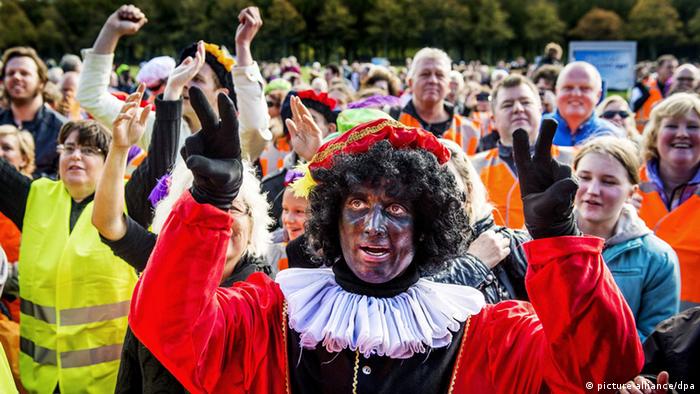 Instead, the historian advocates for a smooth change, proposing that Black Pete slowly and cautiously change over the course of the coming years. "We should come together for a dialogue for a solution which is acceptable to both parties," he says.

One idea is to gradually lighten the color of Black Pete's face; another idea suggests straightening out the hair of the curly wig. "He would look less like a black immigrant, and more like a fantasy figure," van der Zeijden said. Fanciful colors, too, the historian says, could be painted on Pete's face - green or blue, for example.

The founder of the "Black Pete is racism" group, however, sees proposals to lighten the figure's face as merely skirting the problem - and one with historically ironic implications.

"That's the way that the white slave-owners in the plantations in [Dutch] Surinam bred lighter breeds - by having sex with female slaves," he said. "And the lighter the slaves, the closer they got to working in the household."

Lightening Black Pete's face sends a similar message, he says. "What that proposes, is, 'Less dark is better.'"

Among the new German parliamentarians are 35 with an "immigration background" - a label they find unfortunate, as they are not there to merely fulfill a quota. DW talked to several of these parliamentarians in Berlin. (27.09.2013)